3p and 4p breakout board for NBA Jam

I put together a simple board that fits right onto an NBA jam pcb and sends the P3 and P4 controller inputs to DB15 connectors.

I goofed and put the DB15 connectors too close together so I had to shave off some of the over-molding on my cables to get them both to fit. AFter shaving the cables though I tried this out with the Undamned usb decoders and it worked quite nicely.

There is an unpopulated spot to route controls through 2 rj45 connectors on the board too. I was hoping to use ethernet cabling to route the controls to the CP in a second Blast City. Parts for that still haven't showed up and it was quite a struggle finding boardmount AMP UP connectors to go from rj45 to standard connections in the CP.
I had hoped these would work -> board mount parts <- but I had to do some really janky modifications to have them mate.
I'll elaborate further on the modifications once all the parts come in though!

Nice work, but IMO the worst thing about NBA Jam is the total lack of a two player only ROM/version/DIP switch option.

Yes I understand Midway never sold the game as a kit, thus felt no need to create a two player version (they wanted to rake in them 4p quarters)...
However for us guys with JPN/Candy cabs, I find it to be a pain in the ass.

Sold both my PCBs (Jam/Jam TE) and now I play the Saturn version exclusively (yes its the best home version available).

jassin000 said:
Yes I understand Midway never sold the game as a kit, thus felt no need to create a two player version (they wanted to rake in them 4p quarters)...
Click to expand... 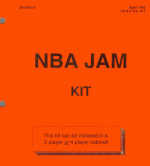 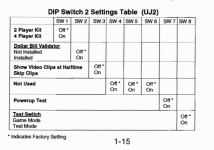 one of the first things I did after I bought @jassin000's NBA Jam board was flip the dip to put it in 2 player mode.

@snakeGrave awesome project! Beats the hell out of the DB15 breakout boards I used on mine to achieve 4 players across two cabs.

@jassin000 I'm assuming that you're aware there are significant differences across all console versions of each NBA Jam games, not only as it relates to the arcade version but even between themselves. The video linked below details everything quite nicely but I feel this snap shot tells the story better than anything else broken down in the video: 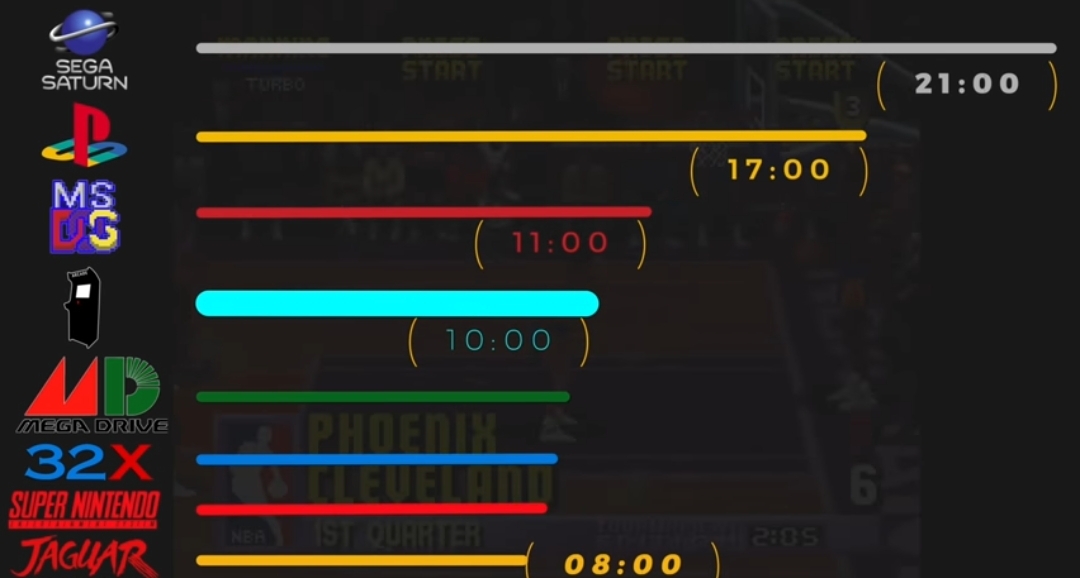 
This part here really bit me in the butt when my group ran an NBA Jam TE tournament a few years ago. I didn't own my NBA Jam TE board yet at that time and I wasn't very familiar with the Saturn version going into the event, so I had no idea full games lasted this long. We mainly wanted the best video quality available for the event stream and Saturn produces stunning RGB out of the box, so we went with that version. The problem is there's a huge logistical difference between a 10 min game and a 21 min game. It's waaaaaay too long for a tournament setting and IMO for even a casual setting. I want to be in and out quickly when it comes to these types of games and further, I prefer the original arcade roster to the console updates. It's a no brainer as far as my preferred version these days, especially with a proper JAMMA capture setup in place. I haven't loaded any console version since I got this board.

Well I was totally wrong then... But still regret nothing.
Sega Saturn IS the way to play Jam.

Jenovi did a great job with that comparison video (I even commented on it) I think he is way off with the Jag version being worth a shit tho.
Loading times or not, it plays better as a console game IMO (coin-up leech that it is).

One thing he forgot to mention about the DOS version, injuries do NOT max out/have a max value (an oversite I believe only this version contains).
What that means is you can spend the entire quarter just knocking the other team down.
Don't even both trying to score a single point!

The CPU will swap out the most injured player (as expected) however the remaining player will still be massively damaged.
In one game I was able to stack up 57 injuries on the player that was kept in (haha just imagine how many the other player had)...
The character could barely move, so I dunked all over their asses in the final quarter winning the game so easily it was a joke/zero effort.

@twistedsymphony glad you like it, and that you made the sound board consolidation kits soon after.
Speaking of, I want to give my MK1 the same treatment as MK2, looks really great with that highbred plexi+consolidator combo. 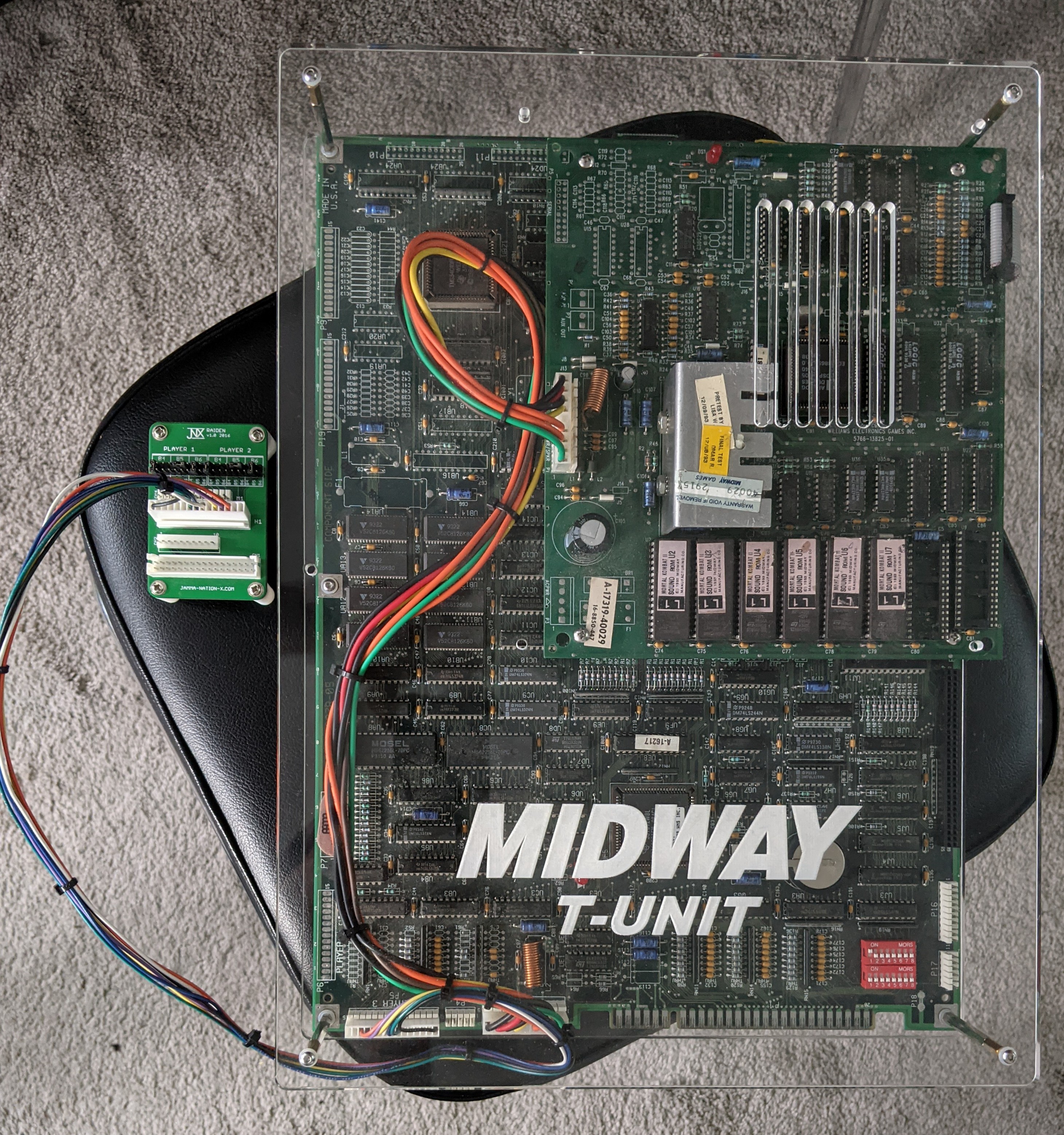 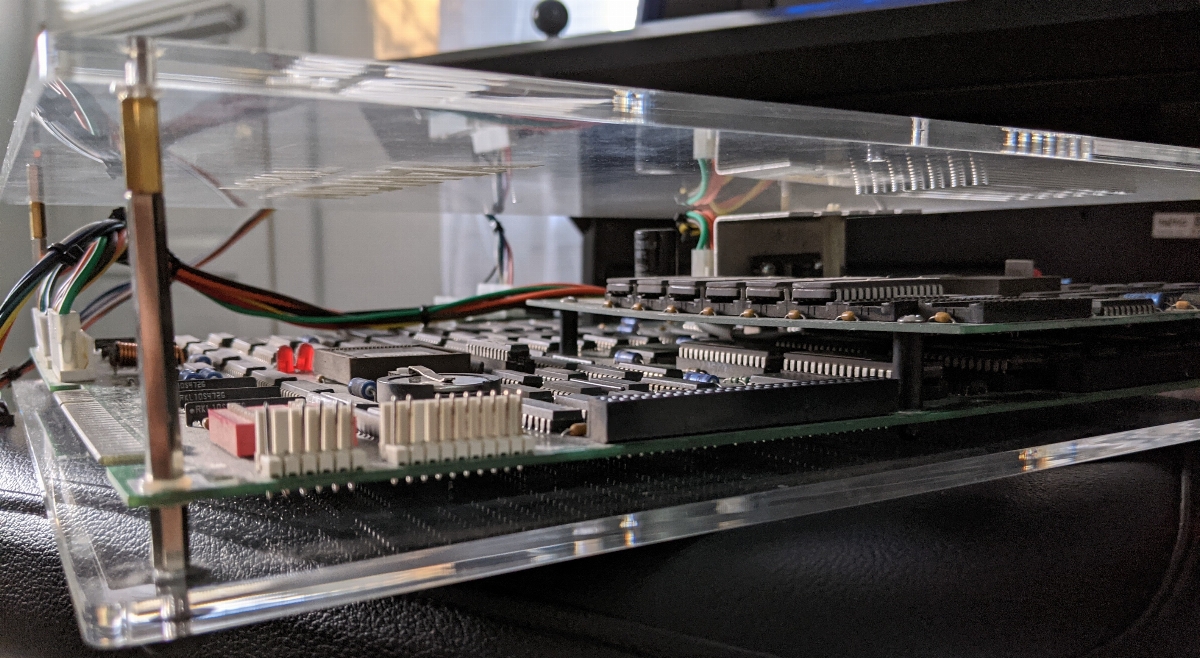 I do have some extra pcbs if anyone is interested. I also have extra parts to populate them.

I recently tested these with the rj45 linkage, they do work but again it was a bit of a pain to modify the TE connectivity parts to mate with the ones in the blast city CP. I have since modified the layout so that the db15 connectors should not require shaving of the over molding but I probably wont be ordering any more boards unless there is some sort of interest.
B

Oh interesting!
I'd be interested in one of these for my TE board.
They work with the UD decoders? Don't those need a 5V line for those to work?

buddorz said:
Oh interesting!
I'd be interested in one of these for my TE board.
They work with the UD decoders? Don't those need a 5V line for those to work?
Click to expand...

They do indeed need 5volts. It is pulled from the p3 and p4 headers on the midway board in my design

Also, that makes sense where the 5v comes from.
It would be cool if there were versions for the Konami beat-em-up boards for 4 player mode, but there's no additional header to pull 5v off, so you'd have to solder to the JAMMA connector or use one of those JAMMA breakout PCBs to extend the length slightly and pull 5v off of that.

Yeah I am working on one for the Konami boards now since I just scooped up a Turtles in Time!

Haven't gotten very far with it yet. Just trying to figure out what female pin headers to use since they are bulkier than the ones on the Midway boards.

I'm toying with the idea of building an extended CP for my NNC specifically for 4 player beat em ups/power stone 2/NBA jam, resulting in a swing CP compatible unit. That said, I actually get around to like, 5% of the ideas I come up with, and I'd need to figure out how I would do so without cannibalizing original parts. Probably fiberglass. If someone does this before I do, I will buy one
You must log in or register to reply here.
Menu
Log in
Register
Install the app
Top