ATOMISWAVE, the story of Romeo and Juliet

The time has finally come to start sharing details on what I've been working on for the Atomiswave! Earlier I posted about the project to read AW carts, it was this project that really spurred my interest in the Atomiswave. Being a long time Dreamcast fan, discovering an entire new set of games on loved hardware was great.

But when I started to learn about prototype games like Sushi Bar, myself and many other people were dying to have a physical copy to play on real hardware. Of course they can be converted to play on Naomi, but we all know its not the same

As many of you know, there are bootleg versions of AW games that used to be available from China. Long story short on that front, the carts produced were a one time deal with limited inventory left now.

One of the major hurdles is that these prototype games use expanded hardware including a large fpga compared to retail cartridges. @ShouTime has been an essential motivator of this effort and donated a prototype cartridge for research and development! @MetalliC has been invaluable in helping me through this project, exploring how the Atomiswave works and helping me stay sane! 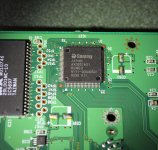 This chip is found on the Atomiswave motherboard, tied directly into the HOLLY chipset G1 bus. All implementations of emulation for the Atomiswave ignore that this chip exists. It is not fully known all the roles this chip plays, but it does initialize cartridges and manage file system requests to the game cartridge.

Here is our 'Juliet', based on the CPLD stamped with 'JULIE_DEV' 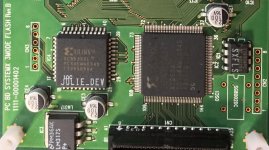 These are the programmable logic chips implemented on the prototype game cartridges designed for 'SystemX'. Without solving how these chips interact with each other, we will never be able to play these games properly.

It is a very serious undertaking to solve the logic implemented in programmable logic parts.

For the better part of the past year, I have spent hundreds of hours working to solve how Romeo and Juliet work together. This has by far been one of the most complex things I have reverse engineered.

Now let's get to the real hype, some photos of the reproduction cartridges 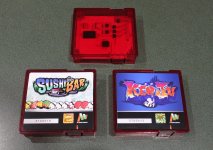 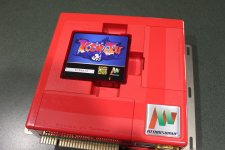 Let me know what you guys think of these so far. There are going to be more prototype games, not just the ones shown here today

For almost a year to the date, we've worked on this project and many props to brizzo for his undying dedication on solving this puzzle and Metallic for his vast knowledge on the platform.

There are around 20 protos and proto builds that we have lined up with the support of the community.

Also, to note, that even with the NAOMI netboot conversions, some of the games have poor performance so the repro cart will be the way to go if you care about gameplay.
Last edited: Jul 31, 2017

Very cool guys! Big thumps up to everyone involved with this!

I love my Atomiswave set-up way more then my Ntboot set-up, so I'll follow this project!

flash cart in the works?

By chance do you have a list of the prototypes that we could see coming ?

I love hearing news like this! Now I need to just hunker down and acquire an Atomiswave cab/unit.
G

Wow I love the dedication you guys have to make stuff like this work, awesome, keep up the good work!

Awesome. Count me in for Sushi Bar!

Would it be possible also to have retail cart repros and not only prototypes?

And.. I would like to dream of a SD solution...

Awesome, i'm gonna buy one for sure

A flash cart would be stupendous. But even something like a corrected bootleg of samsho6 would be welcome.

Looking forward to what more comes from this!

I would be in for a flash cart.

deibit said:
Would it be possible also to have retail cart repros and not only prototypes?
Click to expand...

My preference is to offer items you cannot otherwise buy, but perhaps that could happen in the future if there was enough demand for a specific game.

Perhaps some people would be interested in retail games with patches applied, for example MS6 with blood always enabled.


fluxcore said:
A flash cart would be stupendous.
Click to expand...

Flash carts, of course this would be the common question on arcade-projects.com! Good use of the word stupendous

There are still several engineering challenges to solve before such a device can be developed, which are unlikely to be solved in the short term. For example we are currently working on solving how to get homebrew fully running on the system. deibit said:
Would it be possible also to have retail cart repros and not only prototypes?
Click to expand...

My preference is to offer items you cannot otherwise buy, but perhaps that could happen in the future if there was enough demand for a specific game.

Perhaps some people would be interested in retail games with patches applied, for example MS6 with blood always enabled.
Click to expand...

I would be interested in various carts, simply because they are difficult to get, even the boots are not being sold anymore at sites like aliexpress.
So MS6 or BlueDolphin for example.

Some form of FlashCart would be my preference as well - even if it means storing 1 game and you need to flash it everytime you want a new game on it.
Doesn't have to be so fancy like the Darksoft's once per se.

Much has been learned from probing the chip from the outside, so I decided it was time to start looking at ROMEO from the inside!

Here is the silicon die after removal from package using heated nitric acid. The gold wires shown are what connect the die to the pins on the qfp chip package. This work was done by a third party laboratory. 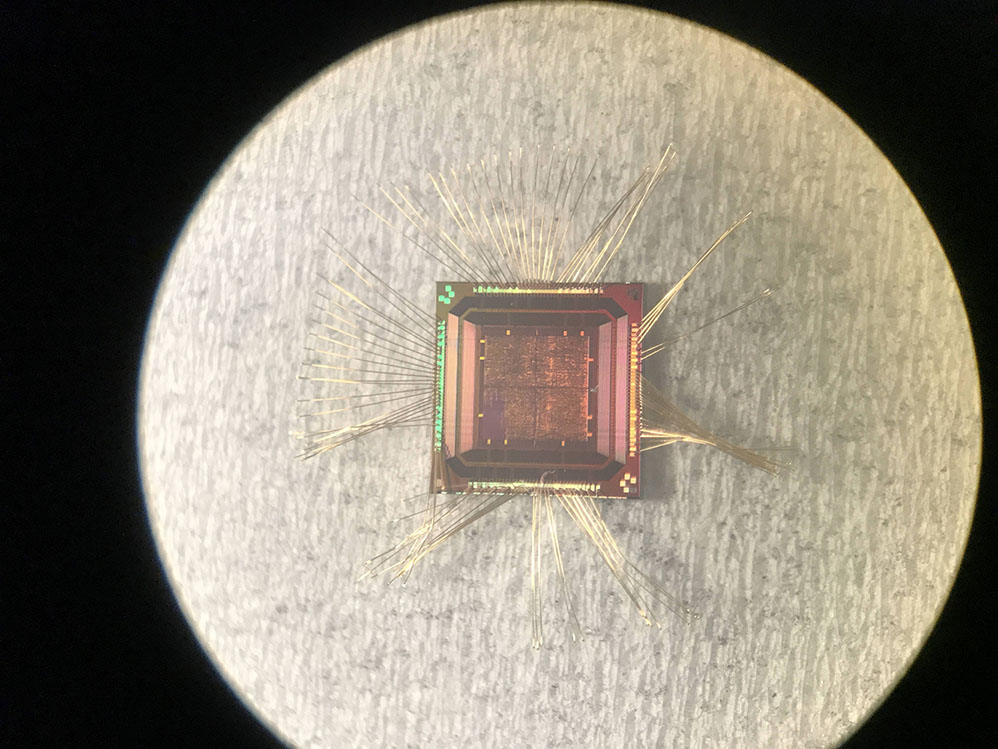 Here is a closer look at the die identification marks (20x optical zoom):

And here is an overall image of the die. This image is generated from taking many small photos at 5x zoom, then stitching together. 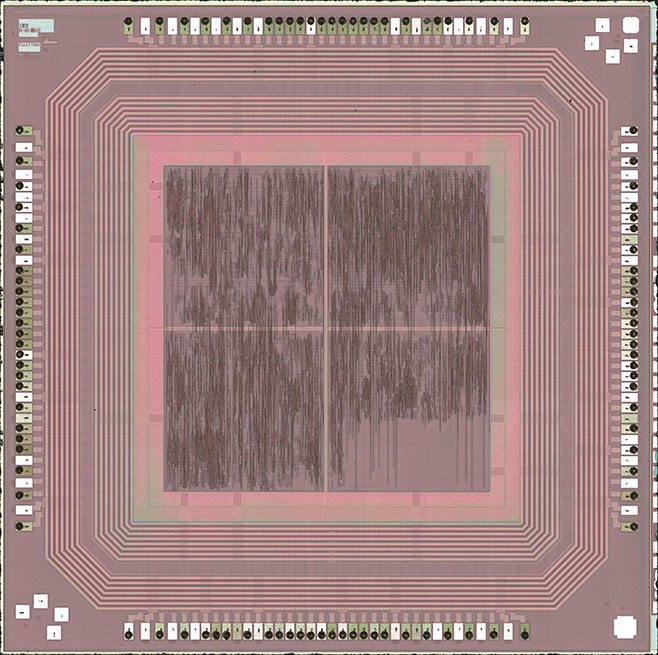 Can you elaborate or maybe open a small thread for the newbies with an example of another die? I'm sure it will raise interest...
You must log in or register to reply here.
Menu
Log in
Register
Install the app
Top