Who among you does not know and has never played Bubble Bobble in his arcade life? Personally I love this game and I was looking for an original board since ages but never been lucky to get one so I always ended up settling for bootlegs.But recently I spotted on eBay a legit PCB from Taito.The description said the board was in good condition but not working due to missing security chip.Despite this I made some bids and won the auction (final price was not really cheap though...).When I received the board there were no surprises to me, the chip @IC17 on top board was missing hence the PCB was dead : 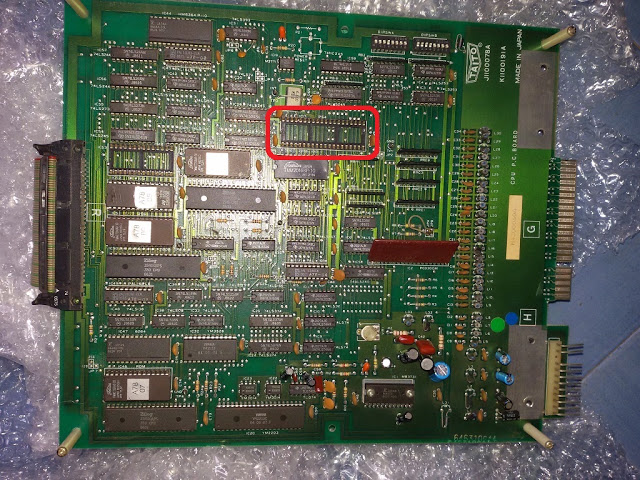 This chip is, indeed, the custom MCU with Bub silkscreening, here's a picture of it found on the net: 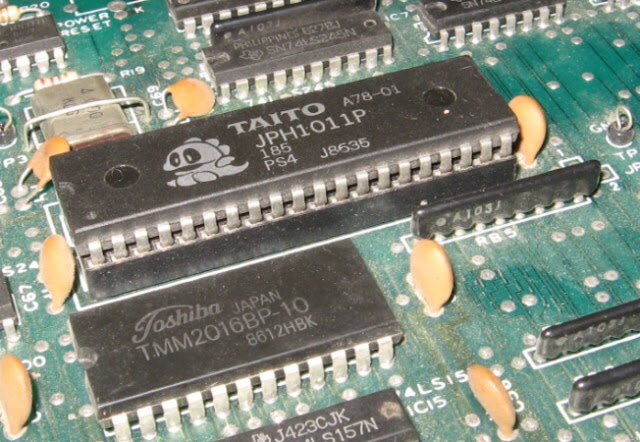 Some years ago this chip has been decapped and internal ROM extracted improving the MAME emulation that used a simulation of the chip behaviour until that moment.You can read more about on the blog of Nicola Salmoria (the original developer of MAME)

Thanks to this brilliant work we know now that the Taito 'PS4' custom IC is a Motorola 6801U4 MCU in disguise with some additional features.Since the internal ROM was dumped the only chance to repair my board was to get a chip and program it with MAME dump.Sadly I found no MC6801U4 around but only MC68701U4 which is pin to pin compatible.The chip arrived and thanks to one of my programmers I was able to program it with the file in the MAME ROM set : 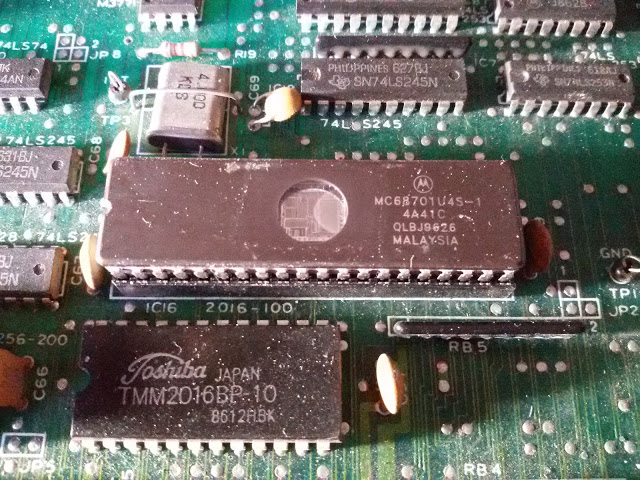 With MCU installed the PCB came back to life, the game was fully playable with sound but some parts of graphics were wrong or missing :

All the graphics are generated by the bottom video board : 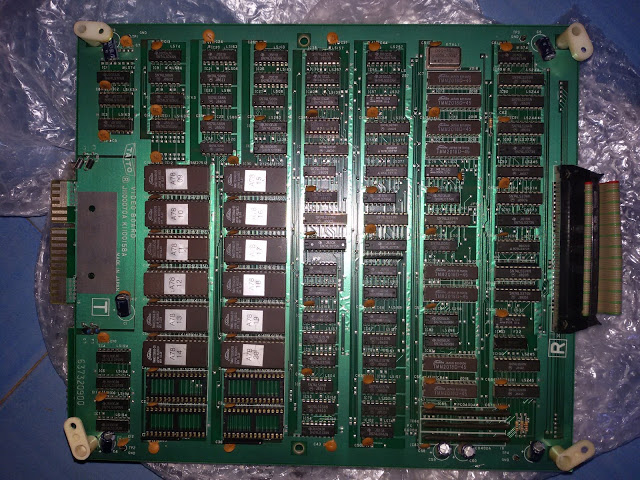 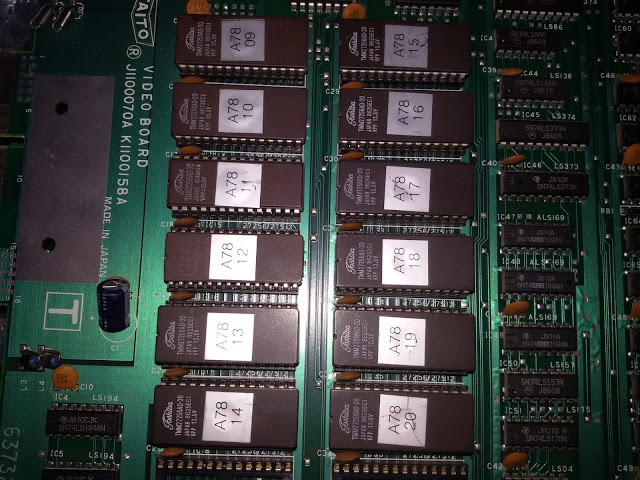 I dumped all of them and did a compare with MAME, two files were unknown as they didn't match any existing ROM sets :

Trying the bad dumps in MAME exactly reproduced the board issue :

Reprogramming two blank EPROMs fixed the graphics.Playing some games I noticed the sound was quiet also on highest volume setting , I fixed this issue by fully recapping the sound section : 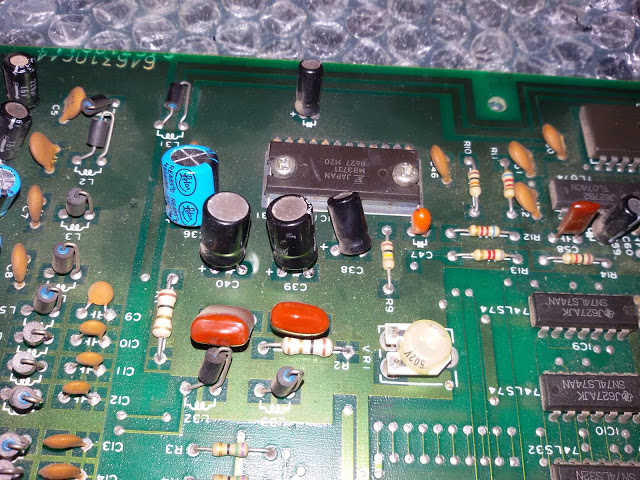 The repair was now complete, board was 100% working but I thought that solution to replace the 'PS4' custom MCU with a MC6801U/MC68701U4 was not accessible to everyone because very few programmer supports this obsolete device.So, I looked for another solution and found that some bootlegs use a little sub-board with a different MCU and some glue logics as replacement of the 'PS4' custom IC.I managed to find such bootleg and did a modern reproduction of this replacement, it worked fine when I tested it : 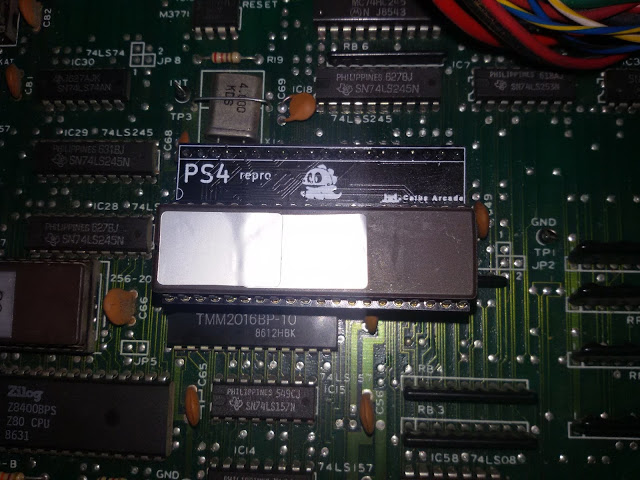 Awesome work! I'm a big fan of this game, love seeing it get this kind of effort, thank you for sharing the journey.

It's always cool to me to see MAME help with preserving original hardware too.
S

Awesome and thanks for sharing man! I don't have any repair skills but I very much appreciate the time and effort people like you put in! I have very fond memories of playing this game.
E

Pretty cool solution!, can that 'original' chip be used un bootlegs boards?
You must log in or register to reply here.
Menu
Log in
Register
Install the app
Top