Can I convert Football Champ (Taito F1) into something else?

frsj8112 said:
Does it still need the wire patch on the backside of the PCB?
Click to expand...

Just in case it's not obvious from the pictures, you also need to cut a trace:

Previously I had modified my 2-board version of Hattrick Hero (see my post above: Can I convert Football Champ (Taito F1) into something else?) but it refused to boot... however I was using the World region ROMs.

I dusted off the PCB and swapped d28-12.5 (world region) for d28-07.5 (jp region) and it BOOTS! My modifications were correct all along.
So apparently there are some differences in the hardware that prevent the single-board World ROMs from working on the 2-board JP hardware. Of course running the JP ROMs now the game is in Japanese :-/

This to me says that both versions of the game are on the same ROM and it's just checking the last byte. Working on the Assumption that one byte is to set the hardware version and the other byte is to set the region... super easy to test in MAME.

now I can make a custom 2-board world ROM! but wait... maybe I can make it work for other regions that don't exist?

I didn't bother playing further than that. But I'm excited that I not only do I now have a working 2-board conversion but that my conversions are now USA region!

UPDATE:
I think the USA Version was never meant to be, the game crashes on me when using that region. works fine with JP or World regions though.
Last edited: Apr 16, 2020

Nice , I gotta attempt this at some point, excellent work guys, thanks for sharing!!

The last byte is the famous TAITO region byte, present on a lot of games.

so i got some spare time so i thought that i could make the football champ board live with the ROMS from the "dead" dead connection board.

i cut the trace on the FC board, hooked up connections accordingly to the picture posted by @mypinballs, transfered the EPROMS and MASKROMS and......nothing.

I dumped the ROMset and it is the WORLD version, deadconx Dead Connection (World)

EDIT
No i missed the pinout

frsj8112 said:
now the game boots, but with faulty sprites
Click to expand...

check that D28-01 and D28-02 are burned correctly and in the correct sockets.

Yes ive dumped all roms and they verify as ok.

Here’s how it looks 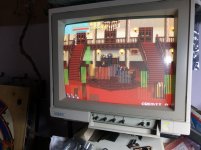 I believe that this is sprite ram, is A13 really supposed to be held low? 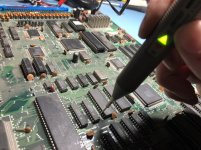 EDIT again!
No I did not dump all ROMS

frsj8112 said:
I believe that this is sprite ram, is A13 really supposed to be held low?
Click to expand...

EDIT: Glad you got it working

mastercello said:
I have a Euro Champ '92 - does or should this work too?
Click to expand...

The perfect conversion would be a Metal Black for this...

mastercello said:
The perfect conversion would be a Metal Black for this..
Click to expand...

I've looked at it.
There's a different IO chip, assuming you can make that work, (at minimum you'd have to remap controls, worst case it's a deal breaker). You'd need to increase ROM space like we did here but then you'd need to modify the program ROM to remap everything from address 0x200000 through 0xa00003, basically everything except for the main ROM and RAM space. This includes remapping sprite ram and pallet ram which is a huge amount of work and a huge pain in the ass.

football champ uses a sprite banking feature that metal black doesn't so, that would need to be disabled

Audio CPU also requires a larger ROM, so that would have to be fixed on the hardware as well.

On a whole this conversion would be quite similar to my Koshien to Gun Frontier but with a an extra month worth of mame debugging work to fix the address map. Assuming it even works due to the different IO chip.

Too much hassle then - nevermind and thanks for the Explanation! 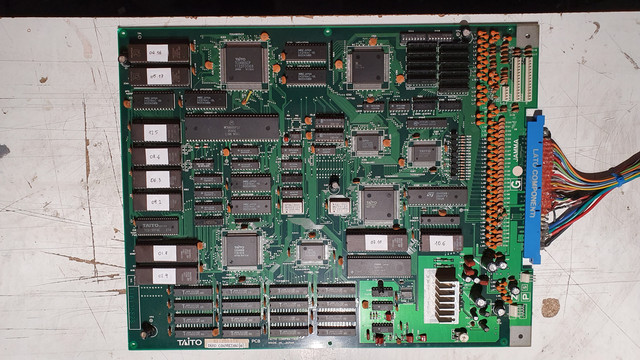 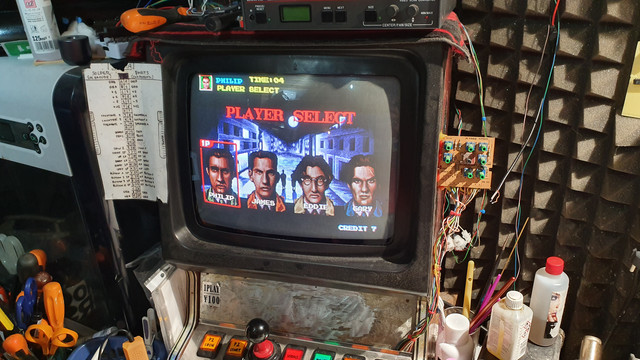 Thanks for the info

If I start with this
1. verify every ROM using your programmer they should match against the WORLD version: "deadconx"
2. double check that they're all in the correct locations (the ROM names are not the correct location names) the mapping for single board is at the bottom here: https://www.arcade-projects.com/thr...-into-something-else.11225/page-2#post-197733

Jumped in the boat and did this too ! Dead Connection is awesome ! Thank you guys who previously post comments about this . Your notes was helpful 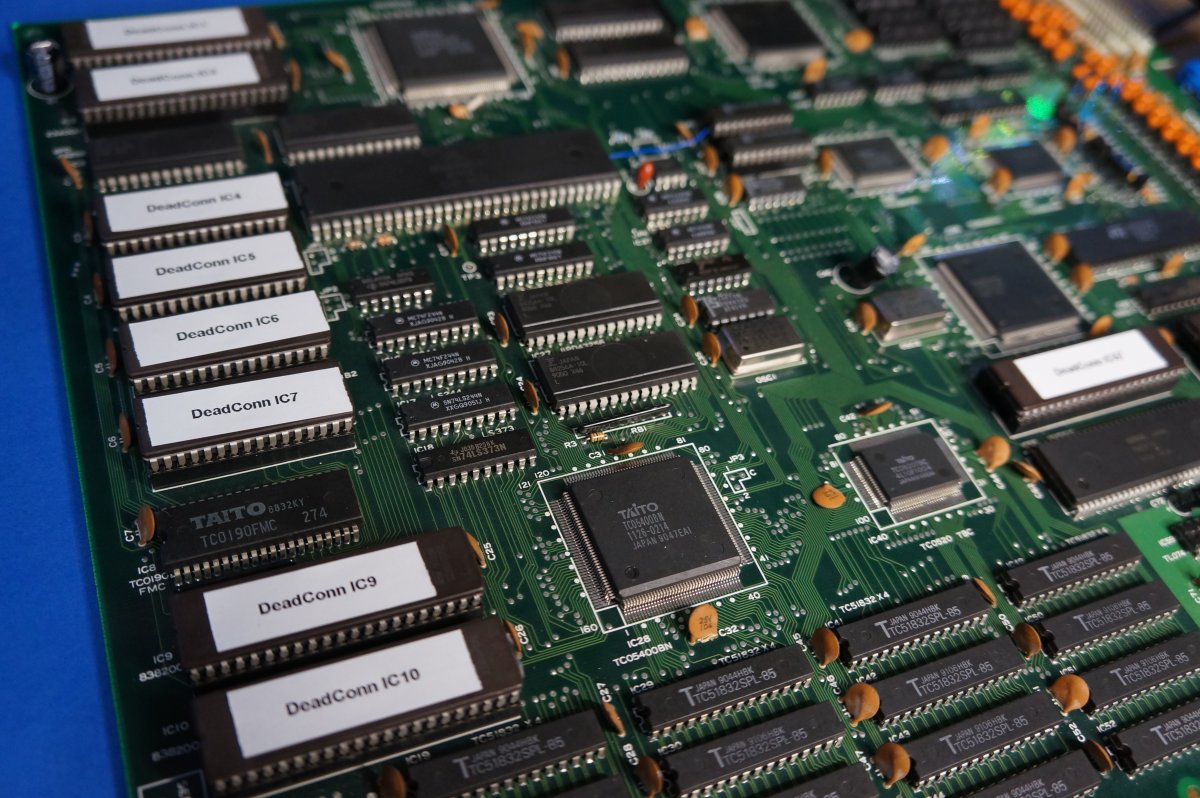 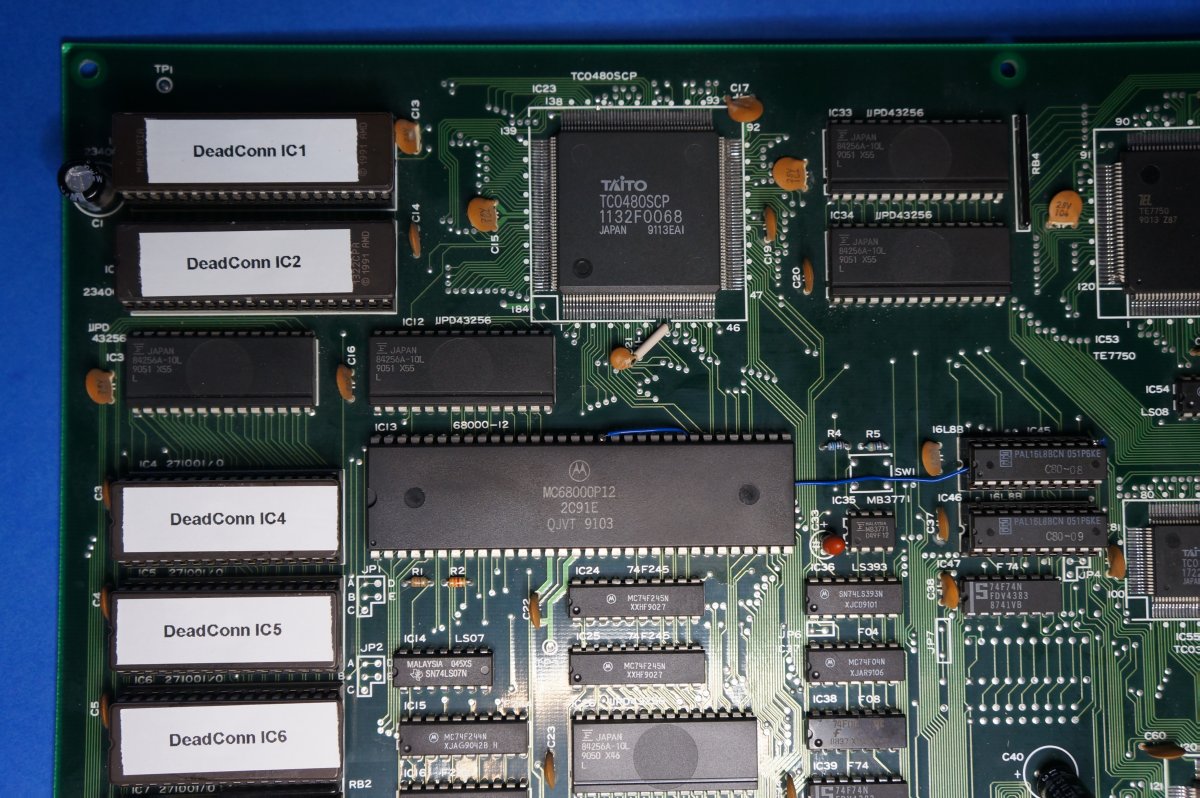 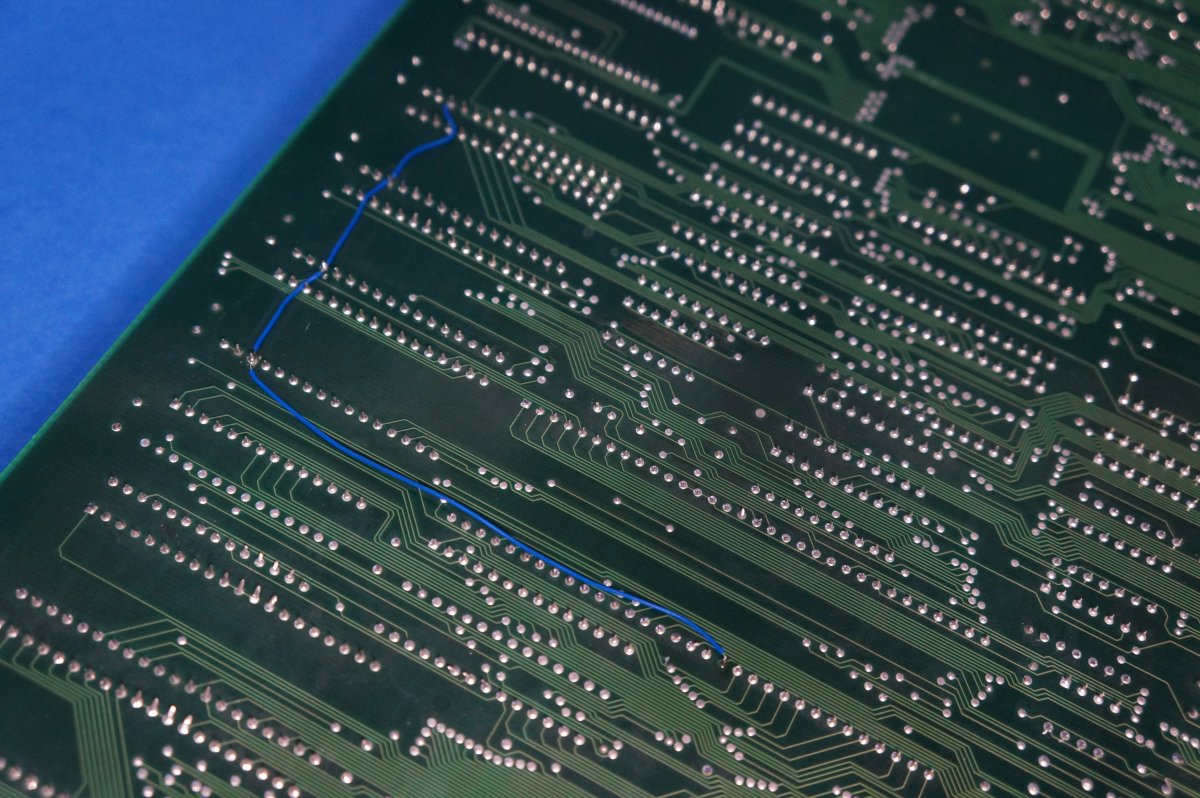