always take voltage measurements at the pcb, while it is plugged in and powered on. The roms, cpu, logic etc chips themselves want 5.0000000v on their 5v lines. Most chips are not very tolerant, meaning they don’t operate properly even at +/- 5% (so below 4.75v or above 5.25v). I consider the whole 5v rail 1% tolerant, so you want the whole thing between 4.95 and 5.05. The jamma edge is an ok proxy if you’re only measuring in one place. Measure voltage at the jamma edge and adjust the psu so the edge reads 5.00. Maybe a tiny bit higher since there is drop off from the edge to the other side of the pcb. But like 5.02 should be fine. (Unless it’s a gigantic and old board stack…)

The psu doesn’t care, don’t measure there. It’s adjustable for this very reason.

12v doesn’t matter as much because it only drives audio, usually the amp, and those chips are considerably more tolerant. I’ve seen spec sheets on audio amps that say they’ll run between 6v and 18v for example.
S

I've got a really fussy cab.

I've got caps coming Tuesday. Will know for sure then.

The cab is just a shell, maybe you need to rebuild your power supply?

samlieu said:
Can anyone tell me what the tolerance for voltage drop on Jamma cable should be?

That sounds about right.

If you are using a candy cab with original Japanese psu make sure to use a step-down transformer or weird things will happen. My G-balance psu shuts down at 115v.
S

Hey, so I've recapped the board, and have it running stable at 4.9v.

WOW, I'm hearing SFX I never did before. Thanks everyone who replied.

I seem to be having the same problems as samlieu. Audio works for a few seconds then bgm drops out, then maybe some sound effects work or all audio stops working. I've tried it on 3 different cabinets.


QSound games seem fine. Using an original Strider B/C board is also fine.

Edit: I did a visual inspection of the A board, it looks a little crusty in spots, along with two Chinese inventory stickers on it (I bought it from a member here, not ebay/aliexpress.) The caps look like they were replaced lazily, but it doesn't look like it was originally a Q sound board at least. I tested my original Strider again and it still works fine, but I went and ordered a cap kit anyway.

Also the C board I'm using with the multi had a jumper wire but I believe I reverted it correctly. Does the battery matter?

Could I test the multi with my original Strider long A board or is that just completely incompatible?
Last edited: Jan 25, 2023

A PSU's voltage will measure much higher if it does not have a load on it. Different pcb's have different demands, and these linear power supplies do not auto-adjust to accomodate like a lot of more modern PSU's. When exchanging boards it's best to always check the voltage. A lot of boards are the same size, and have similar power demands, so there won't be much to adjust, but if I had a power supply loaded with a CPS3, and I put in a CPS2 board, I would certainly expect to have to increase the power. In other words, that's normal behavior and nothing to worry about, just dial up the PSU in the Astro when you put in the CPS2 (and turn it back down when you switch to something else).


notsonic said:
Also the C board I'm using with the multi had a jumper wire but I believe I reverted it correctly. Does the battery matter?
Click to expand...

Yes, the battery needs to be removed
S

It sounds the same behaviour, it was driving me mad! I even ordered an expensive genuine a board to test SF2CE but looks like it will be surplus when it arrives.

If your board is an Ali board, which I reckon it is, recap the board and go from there. Test on your blast city.

The crust most likely is just that, just clean off with some IPA. It’s not corrosion - I tested continuity on mine, and all was good.

I never could understand the 5v /12v. I run a suzo happ PSU, with 1 potentiometer controlling both rails. There’s massive drops on your 3 setups, so I think bad jamma cables play a part too.

Good luck, let us know how it goes.
S

I forgot to mention that all the q sound games worked without issue for me too.

ekorz said:
A PSU's voltage will measure much higher if it does not have a load on it.
Click to expand...

Yeah that's what I expect except while 5v is going down with a load, 12v is going up with a load. It's probably time to service my Astro's PSU... especially since it's almost 30 years old now.

I'll remove the battery from the c board though I suspect it's dead anyway.

Can someone send me a dump of their microSD created in a Mac(small one if possible and packed). I'm gonna have a look at this issue hopefully for good.

Darksoft said:
Can someone send me a dump of their microSD created in a Mac(small one if possible and packed). I'm gonna have a look at this issue hopefully for good.
Click to expand...

By this issue do you mean the sound issue? Does it have to be from a Mac? I don't have one.
Is there something stateful on the SD card to look at?
S

So it turns out after the recap, I get beefier sound, but the BGM still cuts out for me.

On mercs, it’s always within 10 seconds. On other games it’s random.

I’ve read on another forum that it could be the YM3012, z80 chip or the OKI or the sound crystal. So…

someone mentioned on another forum, the issue was with the resistors and they had luck with R47.

I’ve tested all the one I have here (yes I know resistors will give different reading while in circuit). All read the values ok except R46 which was half of 3.3k.

I have ordered some 3.3k to change and also 2k resistor for r47 aswell, but this reads well for me.

Hopefully this will sort the issue out.

notsonic said:
By this issue do you mean the sound issue? Does it have to be from a Mac? I don't have one.
Is there something stateful on the SD card to look at?
Click to expand...

IT has nothing to do with any sound issue. If the card is written with a Mac, then unless you prepare the card for being used outside a Mac, it wont be recognized well by the multi.

Are you using a Mac?

Darksoft said:
IT has nothing to do with any sound issue. If the card is written with a Mac, then unless you prepare the card for being used outside a Mac, it wont be recognized well by the multi.

I'm not using a Mac. I misunderstood that by "this issue" you meant the sound issue me and samlieu are having.
S

Ok, so my genuine SF2CE stack has turned up. I’ve taken readings of R46 and R47 and it gives similar readings.

Plugged known working B and C board into my CPS1.5 board - no sound issues. SF2CE works a charm.

As far as I’m concerned, my A board got repaired with the capacitors.

I will test the dark soft multi in a short while.
S

Edit: I spoke too soon, still having sound issues.

Edit 2: I found this thread that suggests replacing the 3.5mhz crystal for the sound section (https://www.aussiearcade.com/topic/75949-cps-1-audio-randomly-disappears-fixedsolved/). I swapped it with the crystal from my Strider long A board and I thought it was working. Mega Twins did not work with the old crystal but then did work with the new crystal (same flash). But then I flashed Ghouls n Ghosts and the music still drops out. I don't have a good way to confirm if the clock actually is hanging or not. It seems plausible based on the behavior. Forgotten Worlds, for example, it will hang on a note.

Anyone have an A board for sale? Between this and the System 16 I'm 0 for 2 on multis and gettin a little bummed out.
Last edited: Friday at 2:37 AM

I have to say thank you for Darksoft your fully support and repair of my cps 1 & 1.5 multi. It's worth indeed to purchase the official multi kit. Waiting for your next multi product. 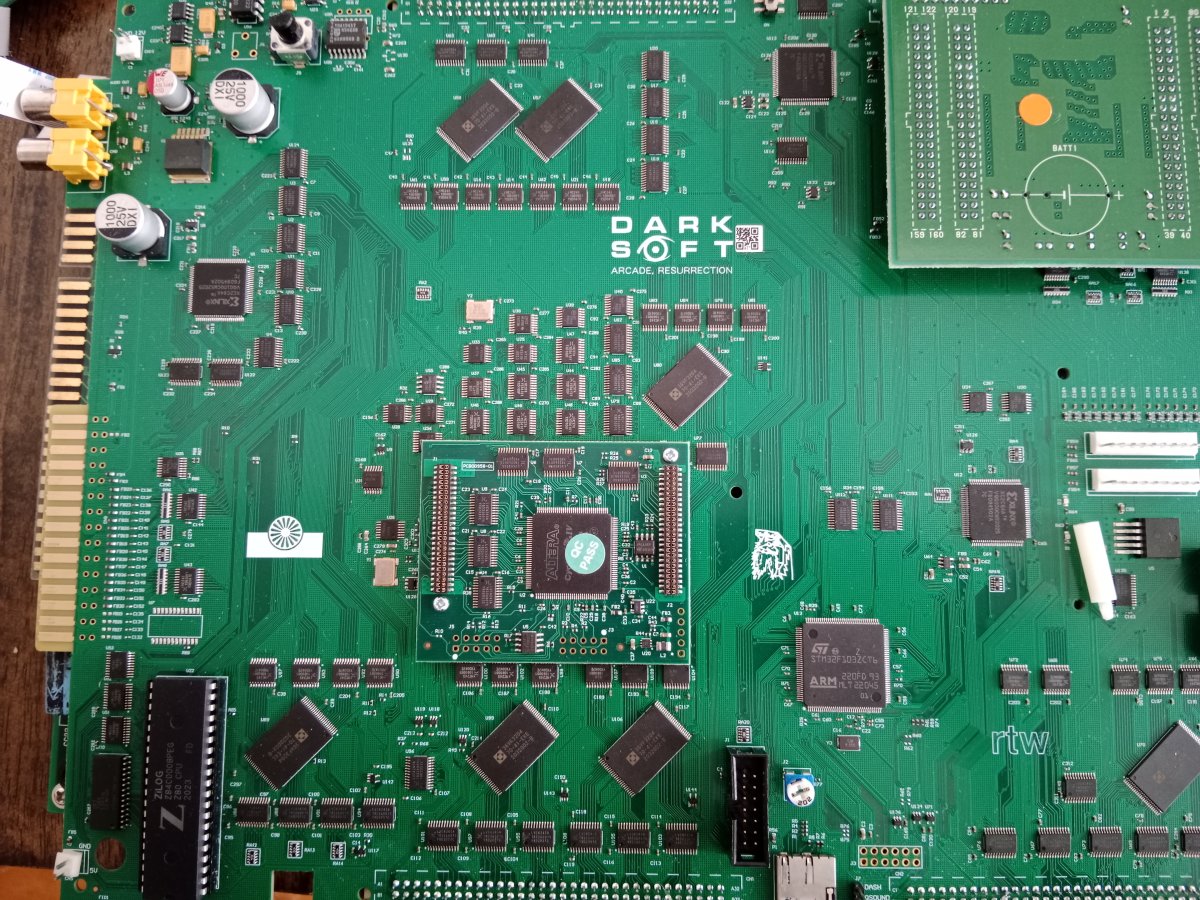 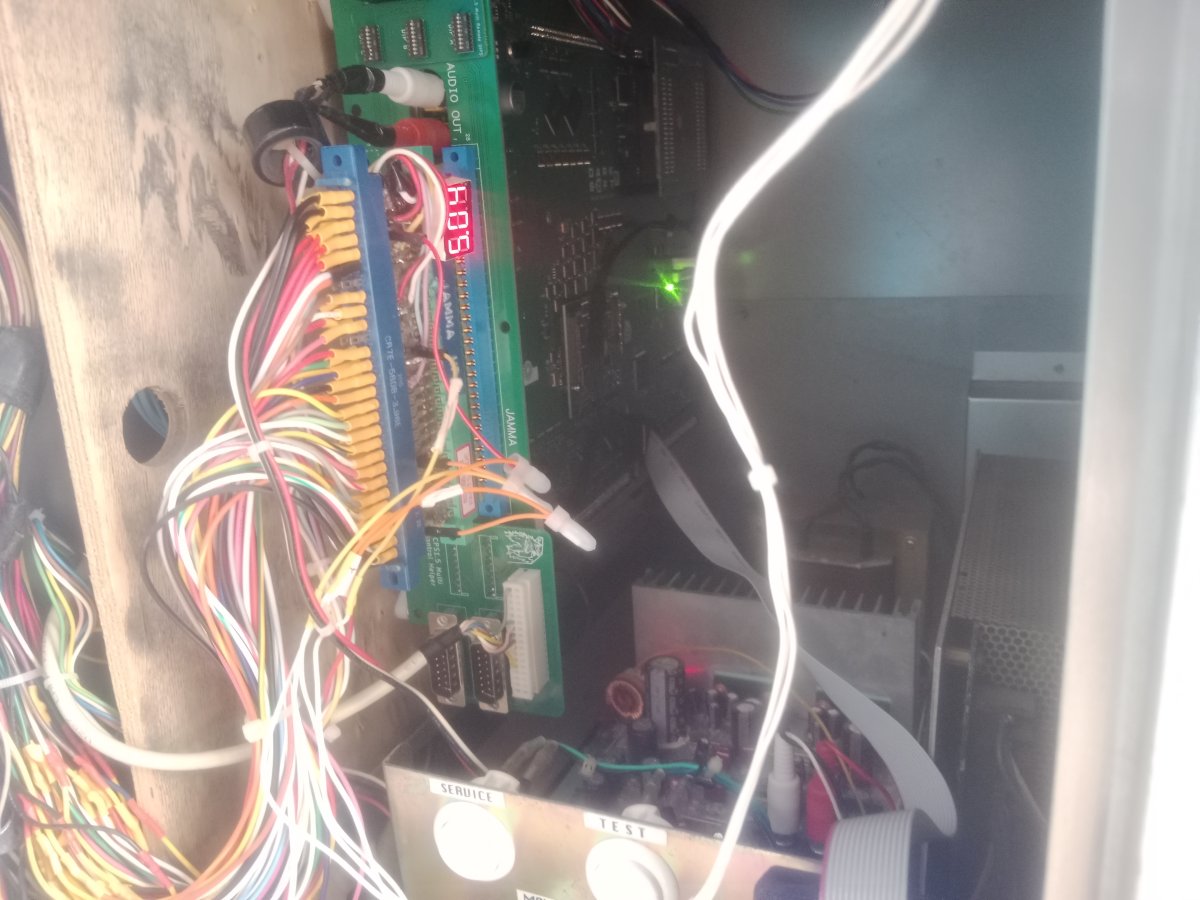 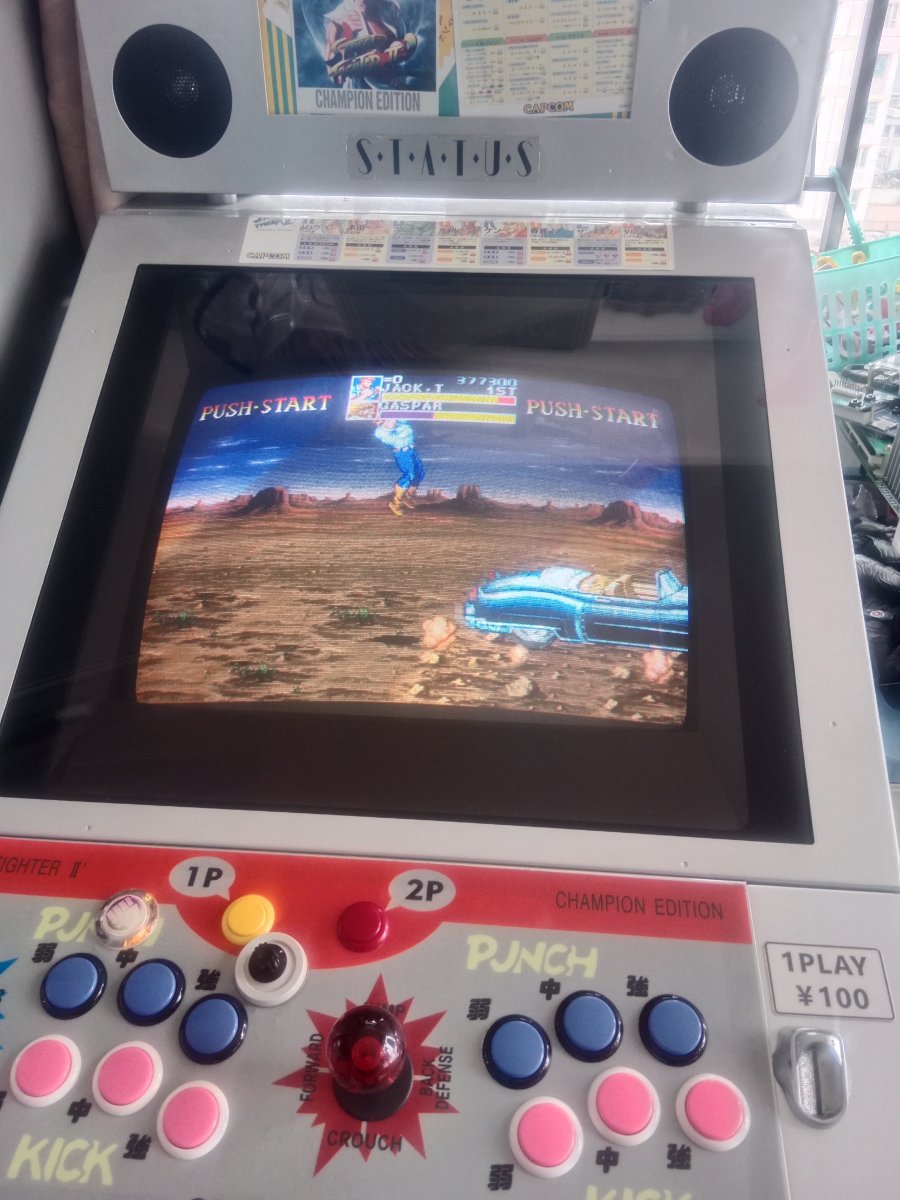