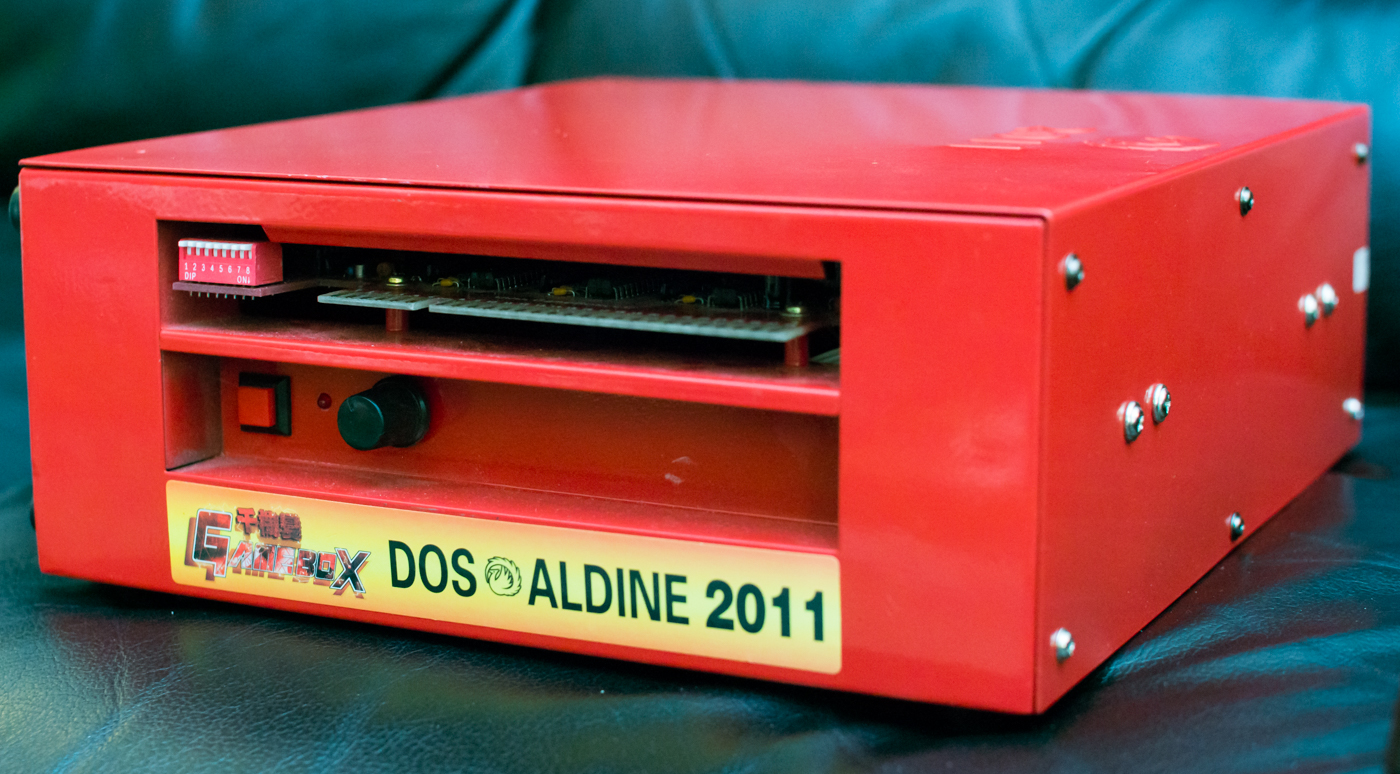 This is a 2011 DOS Aldine Gamebox (AKA Redbox) 400-in-1 Jamma multi-arcade. I upgraded the HDD to a $20 IDE SSD (DOM). Getting there wasn't simple, so I've documented the process below. I also upgraded its fans, ram, and processor along the way.

Fans
CPU Fan: 60mm x 10mm to 15mm (must be low-profile)
Case Fan: 60mm x 15mm - 2-pin red/black
CPU Heat-sink: The original is well made, so I applied arctic silver and reused it. Any replacement would have to be very short.

Replacing the Hard Drive
The Gamebox is locked down so it won't boot unless the hard drive is an exact byte-for-byte raw clone of the original (with exact partition sizes, etc). In other words, the Gamebox is permanently unusable if the hard drive dies. However, once you have a working clone HDD image, it's as simple as restoring the image to the new DOM.

It isn't easy to make a bootable clone though. I did find a program that works after trying all of the common apps. You must use HDDGURU.com's HDD Raw Copy Tool. The reason why DriveImage XML and all others fail is because the Gamebox has a sector toward the end of the drive that results in copy failures. It could be that my drive was going bad, but the drive only shows 4K in bad sectors and I imagine this is actually some kind of copy protection.

You'll need a 40-pin IDE male-to-male adapter in order to attach the DOM to a computer to set it up (unless your computer has IDE slots of course). If you don't have an IDE slot on your motherboard, you'll need an IDE-to-USB or IDE-to-SATA converter to connect the drives for cloning. 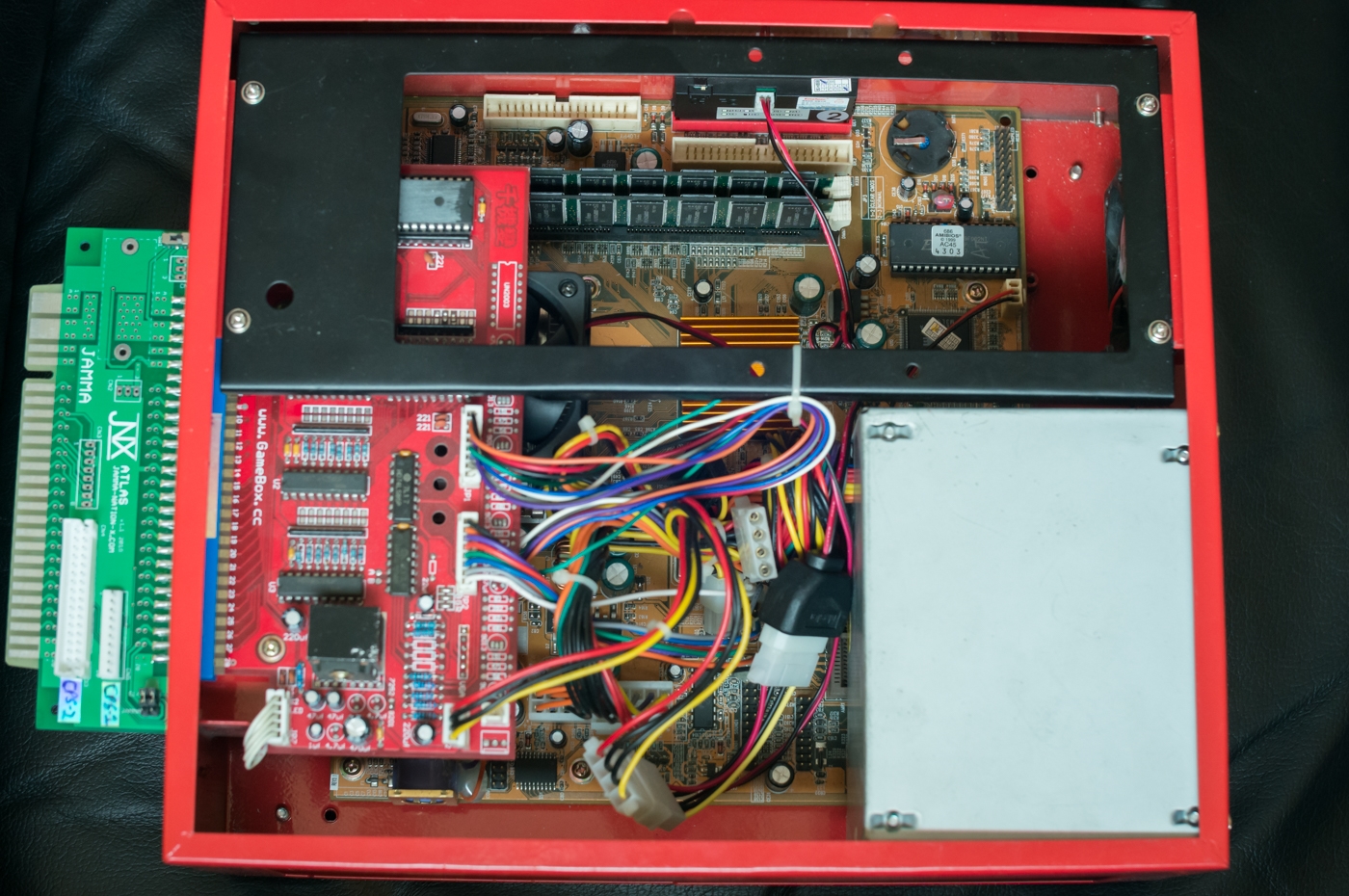 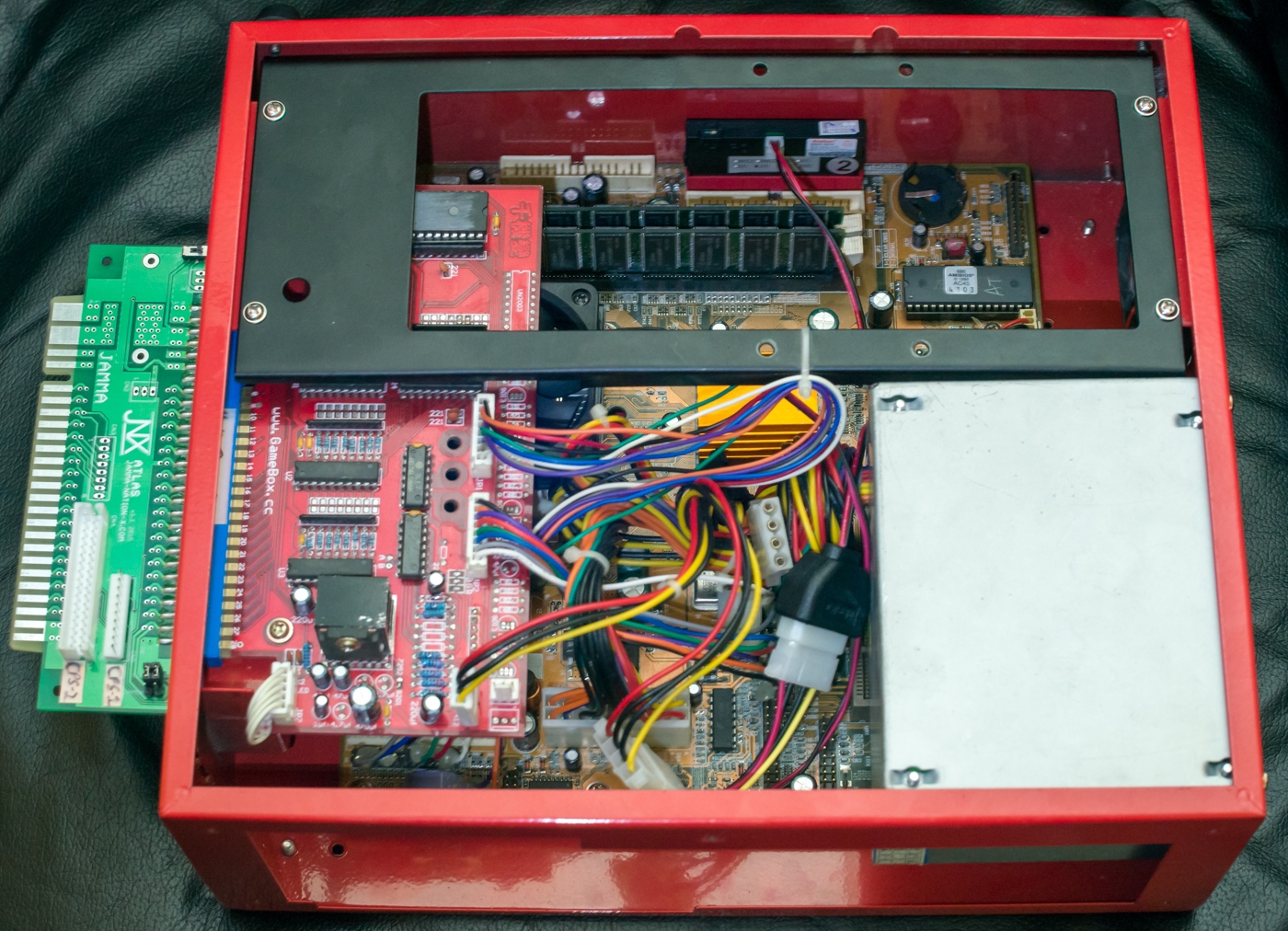 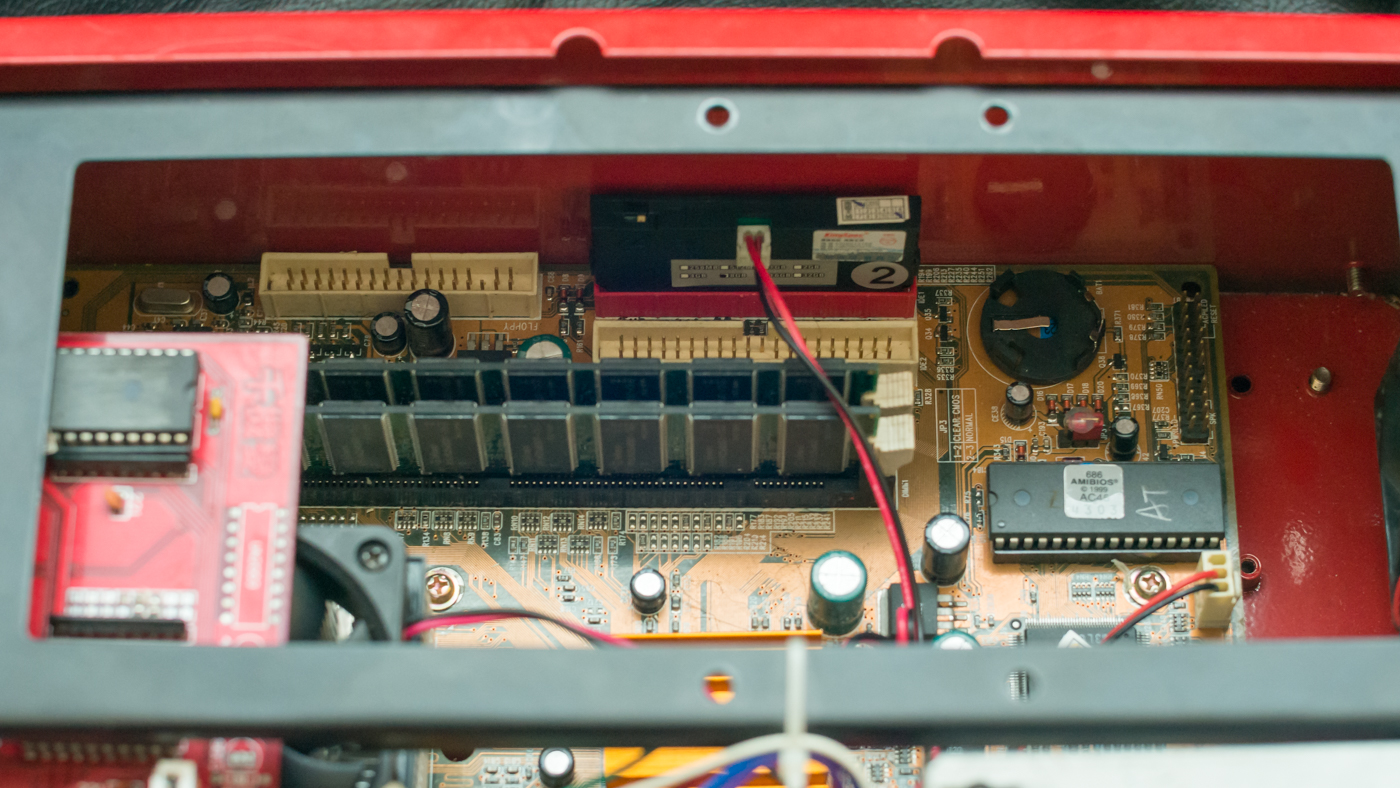 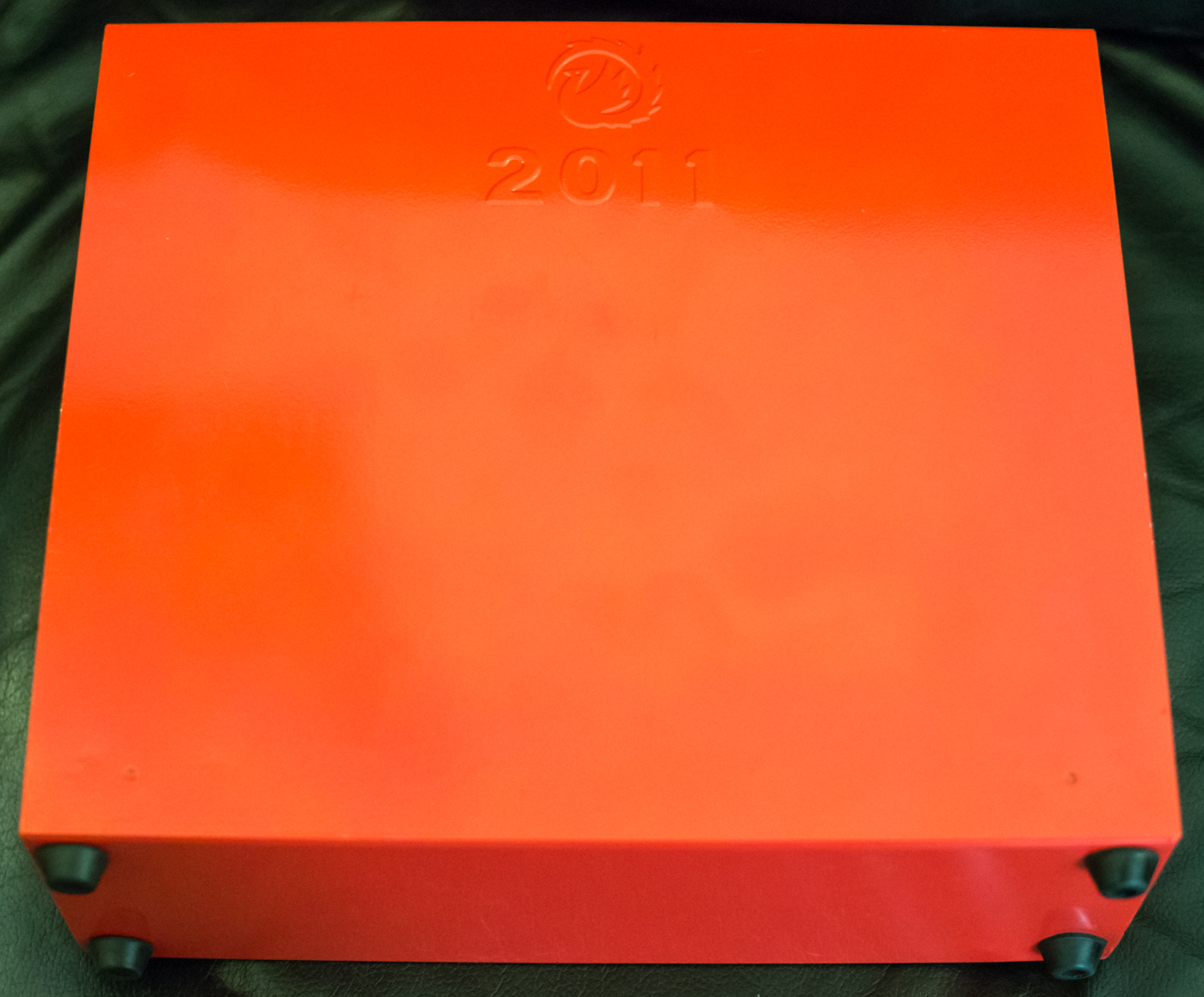 The defacto HDD cloning tool is called WinHex. I use a combo IDE<->SATA<->USB adapter. They are like $5 on ebay.
Note SSD's do die. Flash ROMs can die, even if they are only being read. The control chip inside can also die.
With electronics there is no such thing as 'lasts forever'

I've got a Game Elf 621-in-1 which I found is pretty nice for any older horizontal game I would ever want to play.
It's also been cracked so you can put other games on there (if you have the info about how to do it, which AFAIK isn't public [yet])
either way at $75 you can't beat it for price.

Winhex is awesome. Don't be cheap though. A lot of the cracks and keygens aren't worth shit. It's worth the money and I use it daily.

I plugged the DOM to an old external CD-writer enclosure that had an IDE-to-USB card inside, because it wasn't detected by my cheapo IDE/SATA-to-USB converter. This also does away with the need for a male IDE coupler.
Last edited: Oct 26, 2015
L

I'm very interesting to your hdd clone, but your mega link is dead, can you reupload it please ?

Thank you very much for the hdd clone.
I just get a new hard drive (ssd one) and put the image of the clone on it, my gamebox start well but when I want to start a game, it stuck on the loading screen.
I read on some forums that there is hardware or software protection.
Do you have a solution to fix that ?
F

I was able to also create a clone and restore it to the HDD DOM. The gamebox starts but when I start a game from the menu it gets stuck on the loading screen. It appears that loki69 has the same issue. Does anyone have a solution to this issue?
L

Awesome work guys. I had to stop using my DOM because games were crashing with errors. The bad sector in my clone's image was probably to blame, which is why I removed that link a while back.

It would be extremely helpful if someone could post their drive image for others to use. I would like to give this another shot, but never got a good clone of my own.

I looked up videos for this unit since i thought the case was cute, then I cringed when will china make a good ui

In today's world, these things are simply curiosities and I'd never recommend specifically tracking down any of these kind of devices. Even the best of them can't hold a candle to a RetroPie.

If you've already got one though, they're fun to play with.

I resurface this topic because it helped me a lot. 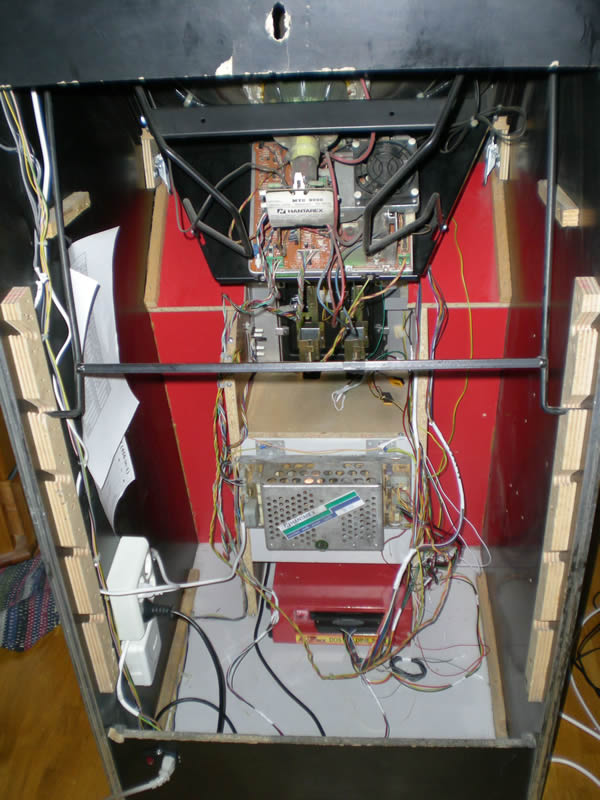 As the hard disk can die any moment I took a couple images.

My sollution has been an IDE -> miniIDE + miniIDE->SD adapter (cheapest combination I found). I dumped straight from the HDD to the SD and worked partially, I had to do the advmame.exe swap that @loki69 comments. 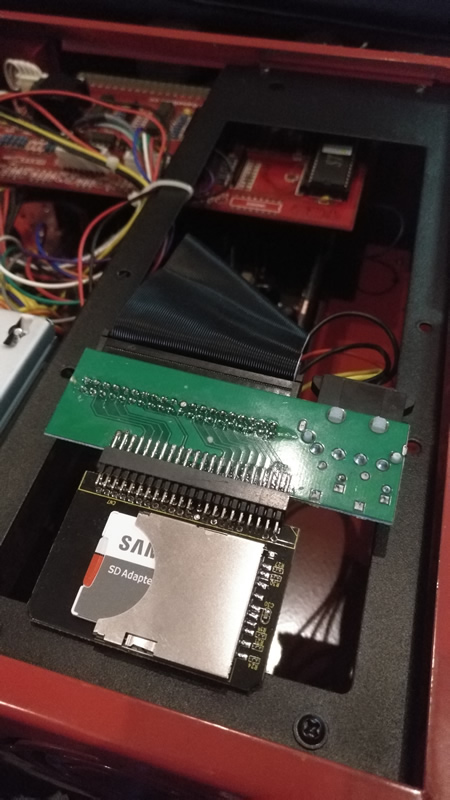 Its crazy, I just dug out one I absolutely forgot. It's in pieces and I am am not sure if the hd works. How were you able to get it to SD? I want to go your route. I have picked up some old gutted cabs that I can throw this in one.

I Just plugged the HDD and the SD. For this I have a "hard disk docking station" that supports IDE drives, like this one:
- AliExpress
- Amazon
Then, using HDD Raw Copy Tool, select the IDE HDD as source and the SD as target. Quite simple.

Any other combination can be done as far as you can connect the drive to the computer (e.g.: with an old HDD USB case).

My original idea was to plug a old IDE CD-ROM drive and an old IDE HDD, that I've somewhere in a drawer, to the Gamebox and use CloneZilla to get the image. Remember that the box still being a 900MHz with 256MB RAM computer, and has VGA output, PS2 connectors; so you can use it with a Live CD... and being patient.

If someone could please post the HDD image, it would be greatly appreciated. Mine always made it to the final few segments and then failed when I tried to image it.

SmokeMonster said:
If someone could please post the HDD image, it would be greatly appreciated. Mine always made it to the final few segments and then failed when I tried to image it.
Click to expand...

I'm uploading to Mega, but my Internet link (like DSL but 4G) is a crap and after few days I've nothing. I'll put it in a pendrive and go to a place with FTTH...

Added link to the hard disk Image.
I post it here again: https://mega.nz/#!XgJiGYTa!sU_c13EhpZzIakdyLwzCkkyiHxSBrcqzKjTGLLnx2is

I haven't tested to restore the image, so if you experience any issue please tell me and I'll take another one.
I want to take a CloneZilla image as well

I've been playing a bit with this.
I downloaded latest advmame.exe v3.9 from the original advancemame project site.
Many games worked, but the screen size wasn't right; probably the configuration files syntax have changed from the older version.

I tried the oldest compiled version available to download, v1.4, but some games had issues, mostly with the sound. It's weird that the included version file size is around 8 MB and v1.4 is around 42 MB...


Finally, I checked the image I uploaded and it works, just with the advmame.exe file issue.
Additionally, I took a .iso image with Win32 Disk Imager and it works as well as the another one. I'll upload it to Mega soon.
Last edited: Jul 10, 2019

Thanks for posting your HDD image @gu78!
You must log in or register to reply here.
Menu
Log in
Register
Install the app
Top