Some time ago I've been sent a Gang Wars PCB for repair.For the uninitiated this game is a beat 'em up developed by Alpha Denshi and published by SNK in 1989.The board was in fair condition (a little bit dusty perhaps...) 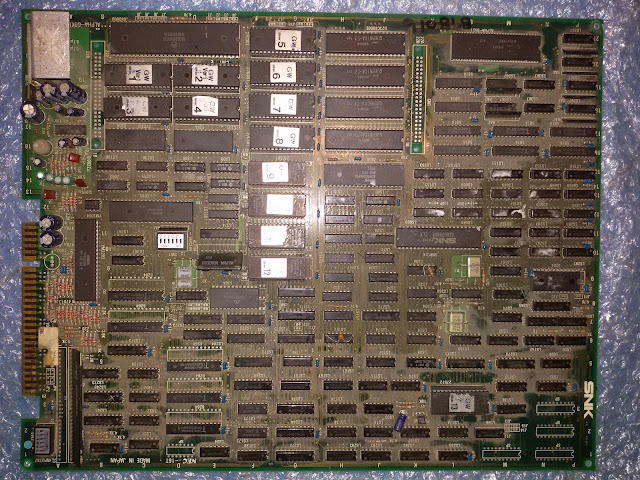 At power up I was greeted by a static garbage screen : 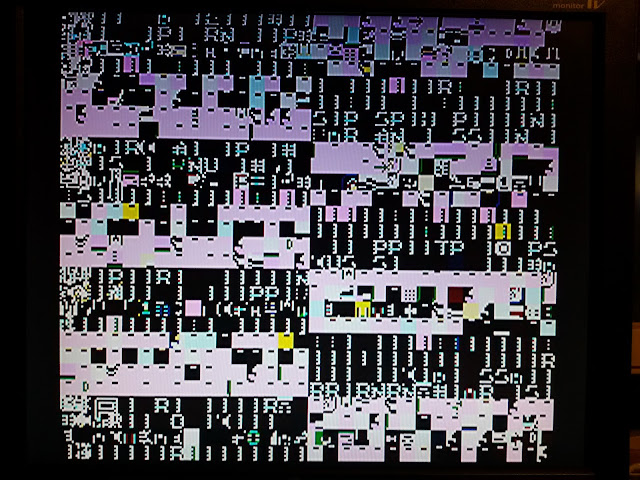 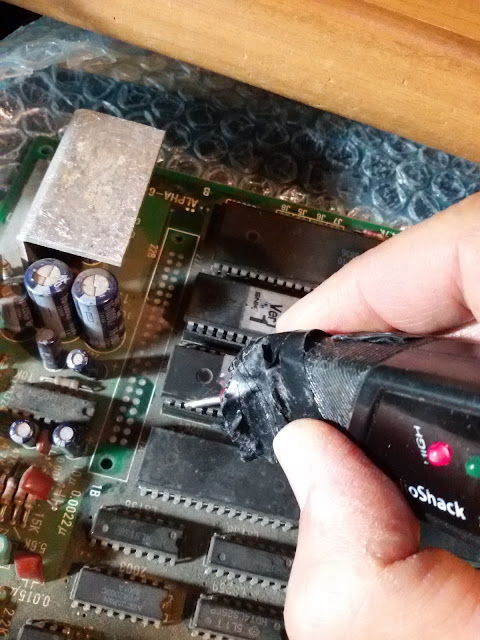 At visual inspection I found that one the two SIL custom ICs marked 'ALPHA-INPUT87' was missing : 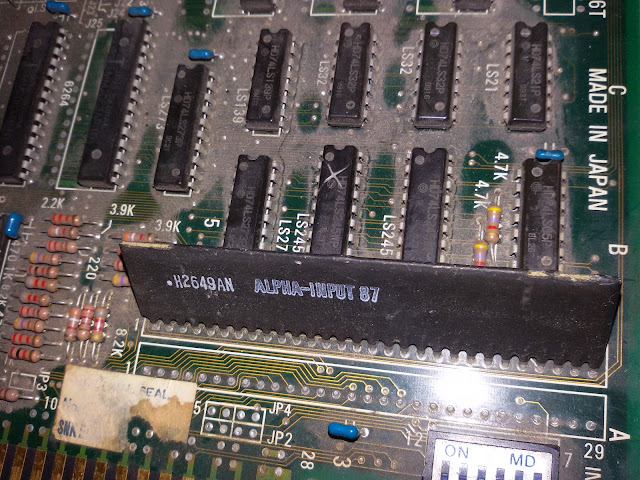 Time ago I made replacement of this part therefore I know that it's used for inputs and it's connected to 68000 main CPU data bus.I promptly installed the reproduction : 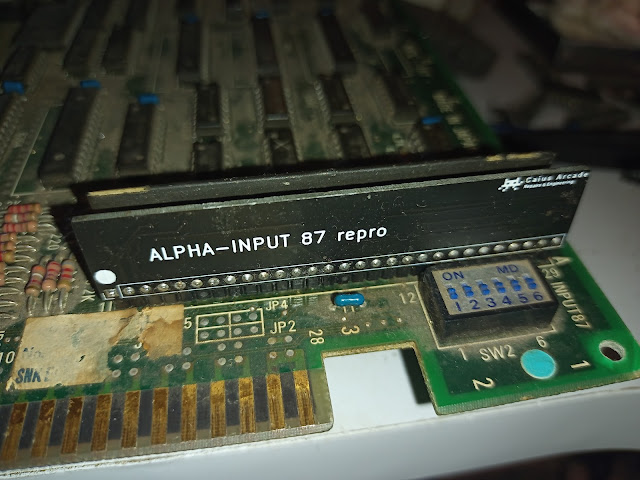 The board finlly booted but backgrounds had jailbars through : 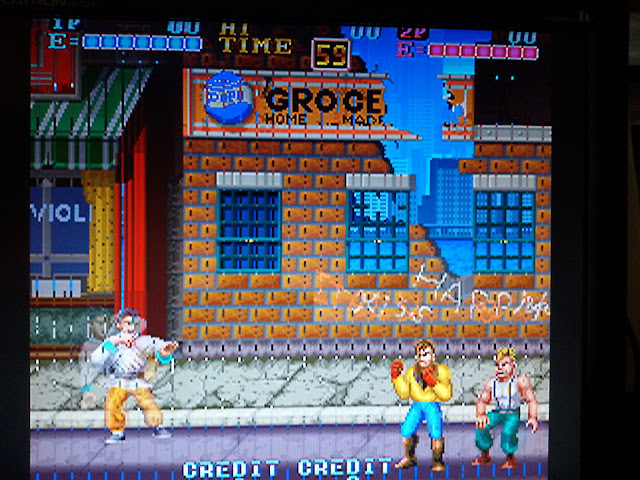 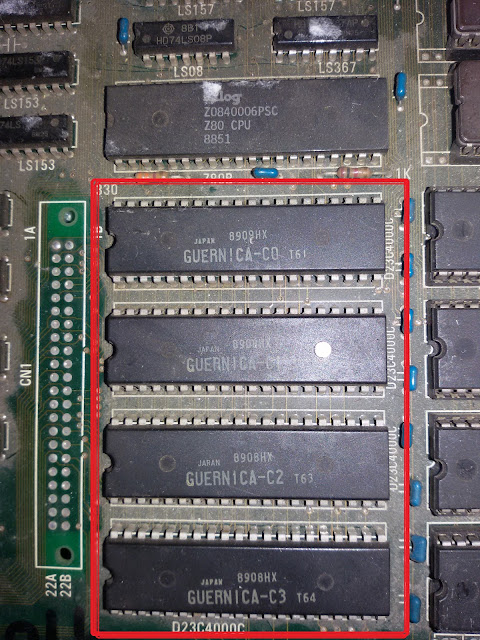 Checking them with a logic probe revealed that pin 19 (data line D3) of the one @16J was stuck low : 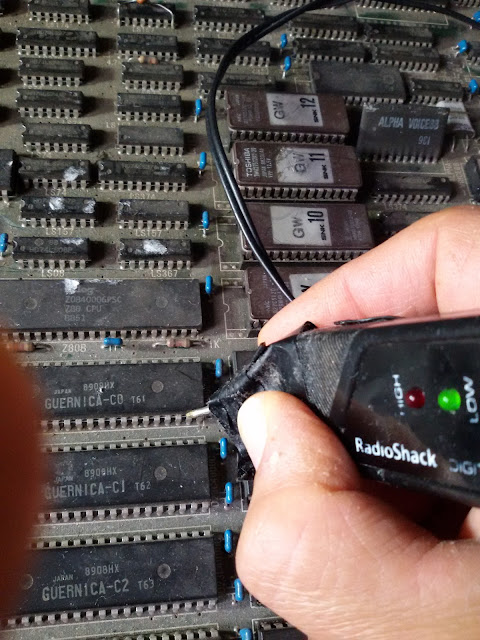 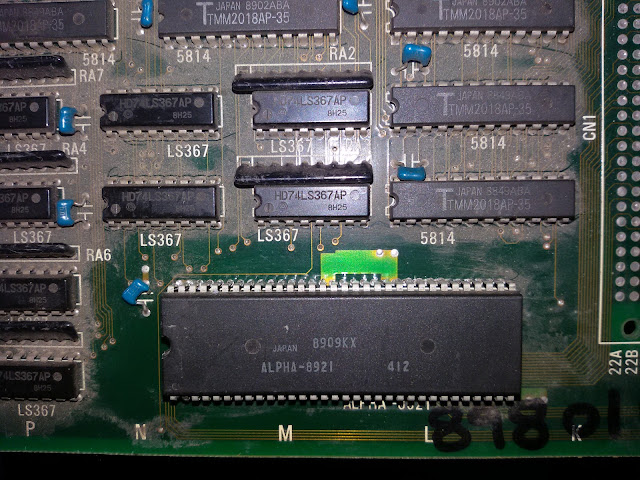 After a quick research on the net I found that the 'ALPHA-8921' can be found also on NEO-GEO hardware but under different part name, specifically as 'PRO-CT0' on AES cartridges and 'SNK-9201' on MVS boards.Regarding the functions of this chip, it can be used as graphics muxer on Alpha68k hardware and security device on NEO-GEO hardware.

The chip on my board was likely faulty so I removed it and installed a SDIP64 socket : 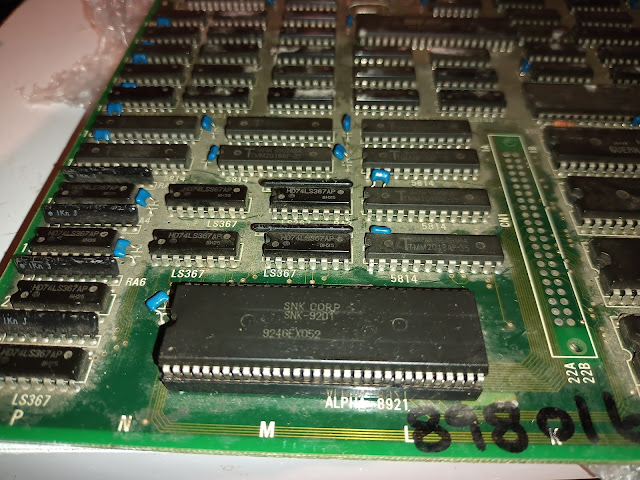 This fixed the graphics so this confirmed that my chip was really bad : 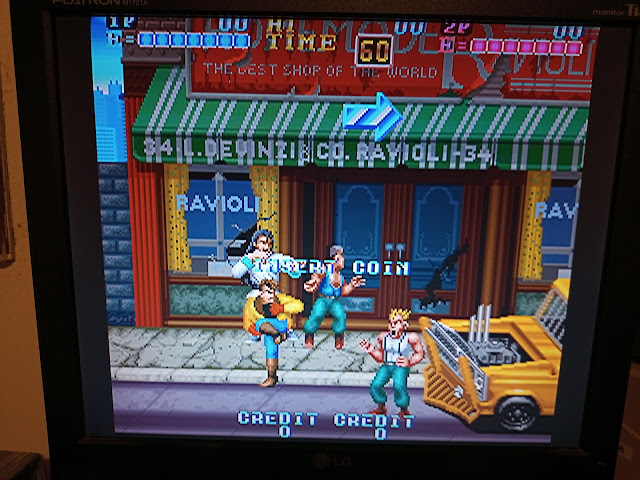 The repair was done but, since 'furrtek' during his NEO-geo development made schematics of this custom IC (thanks to him for his always brilliant job!) , I decided to design a modern replacement : 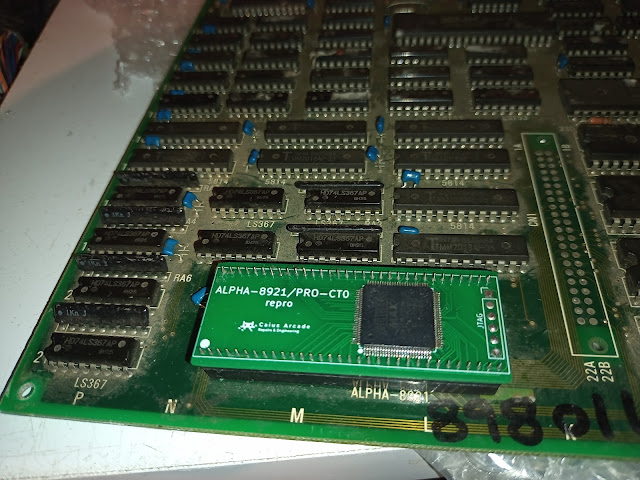 The reproduction was succesfully tested on the Gang Wars PCB and Fatal Fury 2 MVS cart :