For those who are using this to remake a previously-suicided board with missing R33: The resistor is 1Kohm 5%

I am fixing my Pang World with the Kabuki. The board was originally using Arcadehackers decrypted set and it worked without any issues.

When I insert the original ROMs and set the Kabuki to 00111 I am greeted with the message: RAM OK.

I have read through the documentation and tried holding down Start, button A, button B, setup button on PCB while powering but no go. 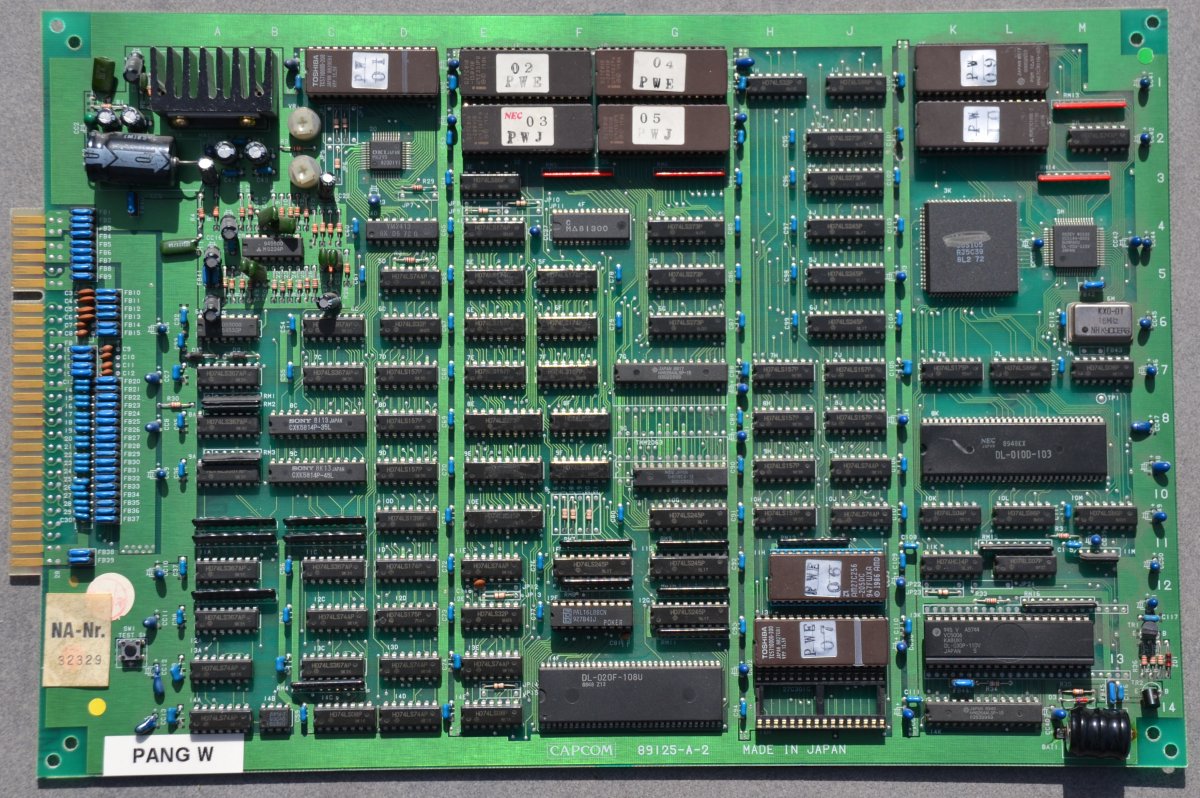 Hey there. Are these still sold? I would like 2 of them. Cheers

Could it be the kabuki chips that have failed??

@rtw did you get your board working?

No I did not, thanks for reminding me. However @undamned shared this little nugget of information.

Regarding being stuck at "RAM OK" screen, In my testing I had consistant success holding COIN + START + P1 SHOT. Every time I changed Super Pang region EPROMs, I had to do that exercise.
A

Kabuki's have been known to die, so it is possible.

This begs the question, if/when Kabuki's start dying regularly, we may need a new solution. Perhaps a small PCB that can take a standard Z80 and add the Kabuki-specific functions back in (along with key programming, of course!)

I curious of availability of getting some of these (or being able to build them)? They seem to be out of stock everywhere. I'm looking to get/make around 10 of them.
J

@ack I might have a working one for sale, special "untested" pricing available.

jassin000 said:
@ack I might have a working one for sale, special "untested" pricing available.

I would be interested, one is better then none. Did you by chance try the hold down p1 start, then power on the board to see if it fixes your issue?
J

I held down all kinds of shit, test/service/jamma b1... I just can't remember IF I did start.
I'll try it again this weekend and let you know.
J

Some interesting news to report...

I put the PCB (with InfiniKey installed) into my cab, held down start and powered it on.
Same results as last time (ie solid color screen behaving like a suicide) however I noticed something very important...
Because I'm a Jammafier user, upon boot no matter what I hold down for controls/buttons.

Controls aren't passed to the JAMMA PCB until communication with the JVS IO is established!

The handshake process, while fast isn't instant, and I think this could be the issue.
Aka from the PCBs perspective the start button is being held just after power on, but not during power-up.

I'm going to make myself a simple start button hacked JAMMA extender cable.
That will make sure soon as the PCB gets power the start button will be ON!

I'll post again once I've tested this out.
Hopefully it gets me back up and running, and if not I'll sell SBB with the key for a special (might be 100% dead) price.
You must log in or register to reply here.
Menu
Log in
Register
Install the app
Top