It's located in the audio section just near the main amplifier : 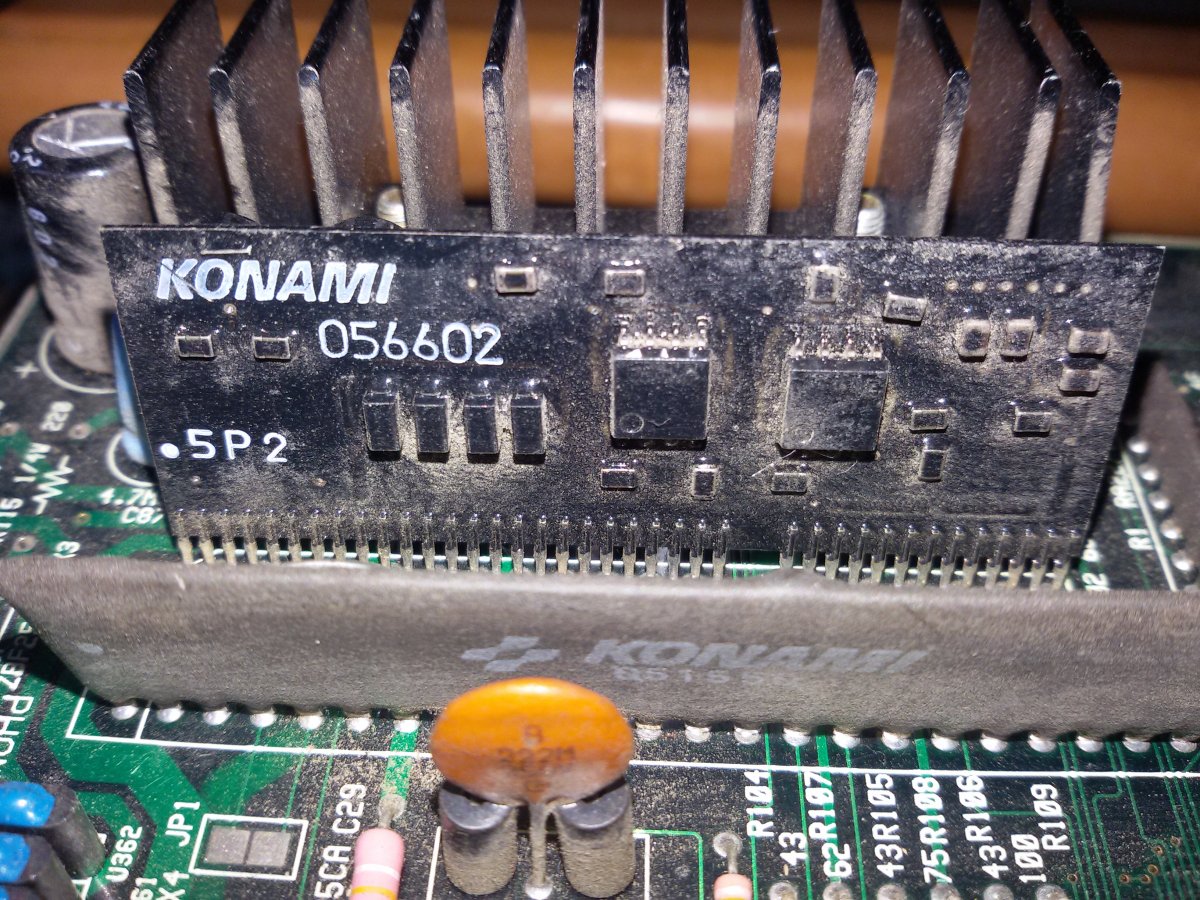 As said, the part has a fragile ceramic package (of 38 pin with an unusual 'ZAG-ZAG' configuration) hence it can easily breaks off in pieces like happened to the author of the below picture (credits to 'AstroX' on AP forums) 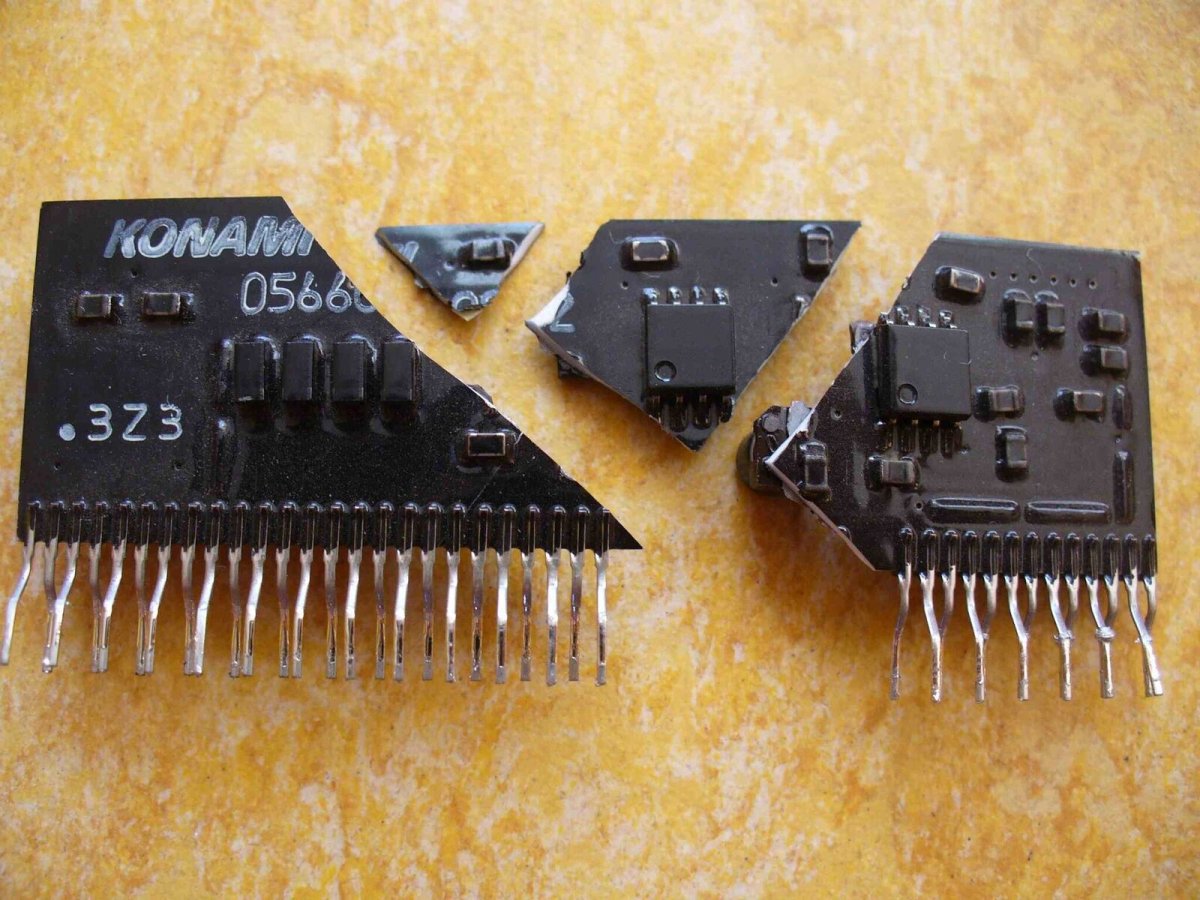 Technically speaking the Konami '056602' is essentially a DAC (Digital to Analog Converter) which , indeed, converts into analog the digital audio signals from the board, then it does pre-amplification and lasty output them to the amplifier and audio headers on the board.All the other components are passives, mostly ceramic capacitors and laser trimmed print resistors but, like the "cousins" '054986A' and '054544' audo modules, there are some SMT electrolytic capacitors on the other side of the module : 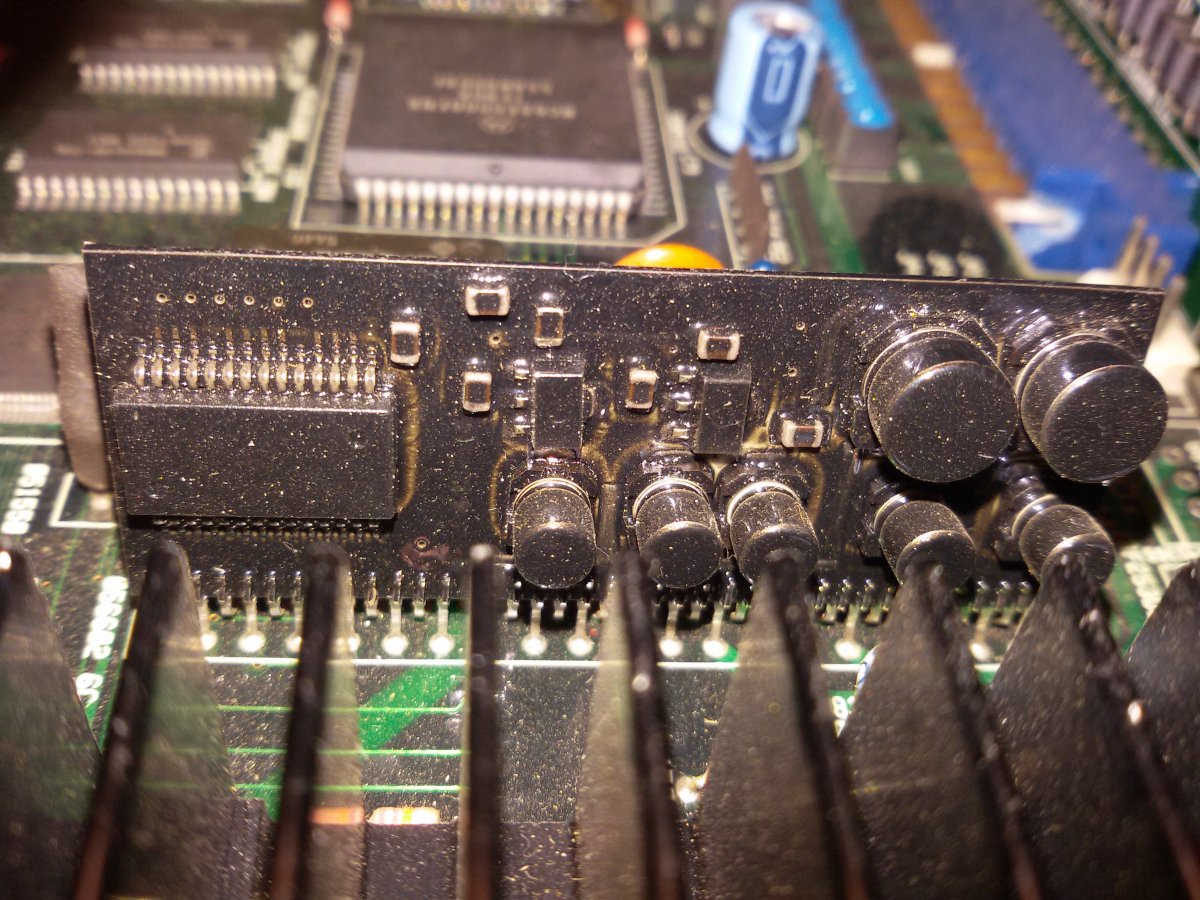 These capacitors with aging can leak corroding the circuit around or have their ESR value altered causing scratchy sound or total lack of it.'Seb' from RepArcade posted a useful maintenance tutotial (with capacitors chart) on his blog :

Given all these premises plus the fact someone in the past asked me to take this audio modue into account, a reproduction was certainly worth so I accepted the challenge.The main obstacle was, besides drawing the schematics of the module, identyfing all its components as well as measuring the precise values of the passive parts (some hidden like some printed film resistors), you can't go wrong otherwise the reproduction will not sound like the original.I made no prototyping and routed a first board layout that was manufactured and shipped to me in some days.The assembling took some time due to the large number of components involved (some were obsolete and hard to find) but I managed to complete an unit ready for testing : 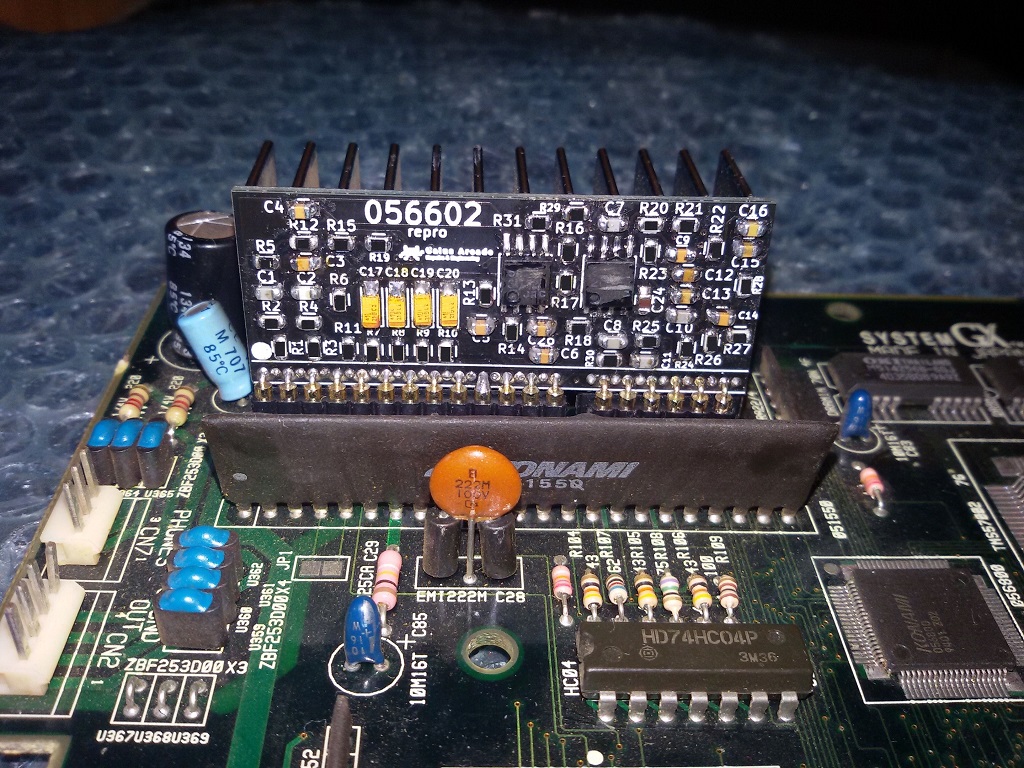 The "debut" was successful, no design mistakes were done and the reproduction sounded exactly as the original module.Here is testing on my PCBs :

Is this available for purchase? Will this also work on konami dj main hardware?

Anyway, regarding the reproduction, please contact me in in PM.
You must log in or register to reply here.
Menu
Log in
Register
Install the app
Top