I don't feel I'm really adding much to this but I hd 2 x MiSTer setups via JPAC and daemon byte adapters in my Egret 2s and I wasn't happy in the end. It somehow felt a little 'off' and the audio (as expected) just didn't carry the same heft as the original board.

I think MiSTer is a great idea but as has been discussed many times before it's really down to who is programming the core. Street Fighter II generally 'felt' fine compared to the board for me as did most of the CPS1 stuff. That said comparing my PCB of Final Fight to the same region rom on GroovyMAME using Chunksin's GM image and matching up the intros and doing the same with the MiSTer yielded a similar result in that they ran at slightly different speeds. I was using a 10mhz board though, and appreciate that with a 12mhz board it may have been the same between MiSTer and the board.

In this instance I wonder whether there is ultimately much difference between GroovyMAME and MiSTer, since neither are truly accurate. Certainly doing my own comparisons between GroovyMAME and Konami boards such as Sunset Riders, Parodius etc. GroovyMAME is miles out - sound pops, timing differences etc. Etc. Whereas CPS1 stuff in GM is much closer to the orignal board. I'd be interested to see how Konami games fair if and when they do hit MiSTer, but for my money at present I'd rather have fewer boards and know I'm playing things as they should be. This could change and I think MiSTer is a super piece of gear and I wonder in future if I'd pick one up again to run alongside certain boards, but after starting to do my own comparisons I feel like I've shot myself in the foot somewhat and just wouldn't be happy knowing of some of the discrepancies that will continue to exist.

I think for console stuff though I'd definitely consider it though, as I really couldn't notice any difference between the SNES or MD stuff.

jammajunk said:
I mean, it looks like an amazing project and all the hard work is paying off, my main interest is really about using it in a jamma cab, PCB prices are getting too intense and it's just no fun anymore, and with hardware becoming fickle with time, maybe the time has come to invest in a setup.

I was just thinking that maybe there are still some small issues left to be sorted out. I was just surprised to see posts about speed difference, considering how much I had read about the accuracy of fpgs setups in the past.
Click to expand...

If you're worried about prices, I think one thing to consider is that DE10s aren't getting any cheaper. These things are better than other cheaper options by far, like single game pirated boards or pandora's box, etc. If you are interested in more than two CPS games, Mister be cheaper than real hardware, even a multi.

Core updates will make them even more accurate as time moves forward. The popular cores, like CPS & CPS2, will probably get the most attention. If you've got the cash on hand now, and if you're even considering it, it's a fine buy, because if you wait until everything is perfect, it'll cost even more at that point. I go back and forth between CPS2 and mister for a few games (obvs not hyper fighting), and I don't get any issues with dropping combos, etc. That said, I'm definitely not the type of player to win any tournaments, but just a journeyman type who likes to try and do combos/strategies I see online, so maybe I wouldn't notice tiny timing differences while playing that higher level players will, but how many of those types of players are out there?

Now, all this said, if prices got you worried, if you've got an old PC laying around, just use MAME and call it a day.

Hyper Fighting has had a long history of inaccurate emulation, both via software and fpga. It's been generally running too fast on tons of platforms as compared to CPS1. Even Capcom gets it wrong - load up stuff like the XBLA version or PSX SF2 collection and you'll see it poorly implemented there as well.

Then again, this is a game that even on real CPS1 hardware the players might not agree on a competitive standard since it was run on different A board sets in different locations back in the early 90s, to different effect in game. In particular the speed.

tl dr: don't worry so much about how close or not this particular game emulates on MiSTer. It's a mess and doesn't really matter that much in the end.

Has anyone been making use of .mgl files on their MiSTer setup?

Yesterday was the first time I noticed them. I saw that Atari 2600 had a .mgl file in the _Consoles directory.

.mgl files allow you to start a particular ROM or disk/disc image directly. No need to load the core first.

I realize that pressing select lets you choose your most recently played ROMs, and that those are probably some of your favorites.

This was a very time consuming process, even though I was aided by a quick script I threw together.

I should have created a script that would create an mgl file for each and every ROM/image on the SD card. After running the script I should have removed all the .mgl files it generated and just copy back the favorites; Hindsight is always 20/20.

The most time consuming part was inputting the correct path to the ROM/image. Most of my ROMs come from large packs and are sorted into alphabetized directories. I never cared much about this because the navigation is similar to the older flash carts. It actually cuts down on the time it takes to find a game because you don't scroll through 100's of ROMs just to find the 1 you want.

I find playing on a flash cart or emulated system where everything is stored in huge lists to be limiting. Sometimes, I want to play, but I'm not sure exactly what. When I look at my physical cartridges, seeing the games brings them to my attention; and I'm (often) inspired to play them.

I thought a Favorites folder would help do something similar. At a glance, I can see all my favorites from a single console, and be inspired to play.
S

There is a favorites script someone by the name of wizzo put together a while back. Might make what you're trying to do a bit easier.

FPGA is emulation. It's only as good as the code written to emulate said hardware. Period. 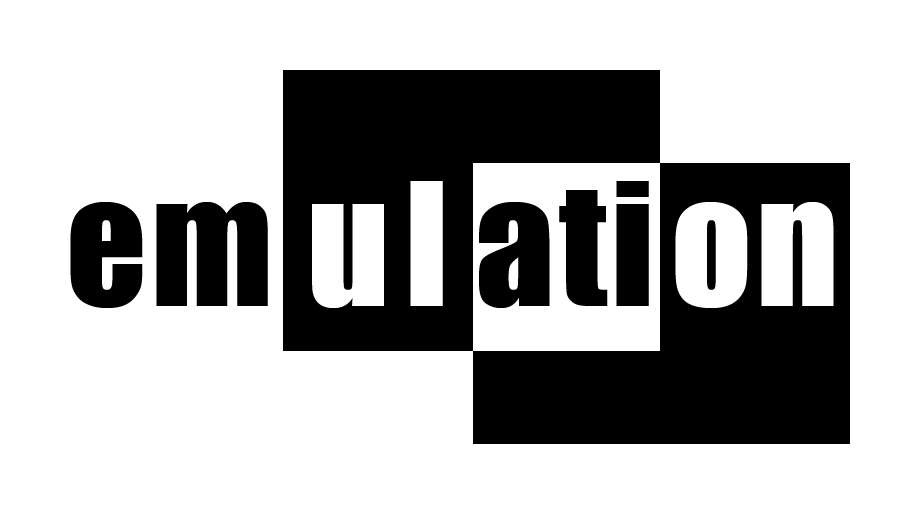 But it's simulation! emulation, stimulation.... 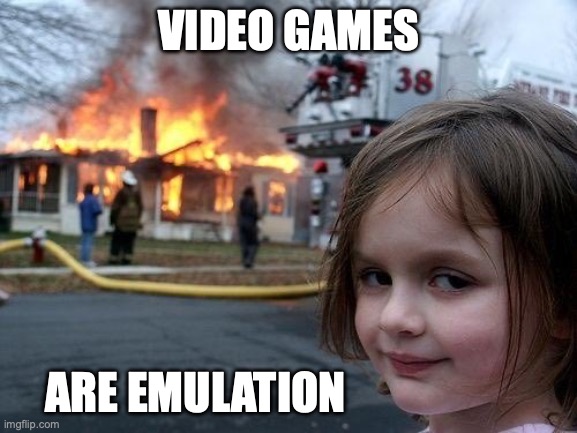 Stupid Dufus said:
There is a favorites script someone by the name of wizzo put together a while back. Might make what you're trying to do a bit easier.

Thank you.
I created something of my own that suites my needs, but this looks pretty cool.
I will still check it out.

I've been on the fence about the MiSTer project for a while, mostly because I already have plenty of ways to play old games on an LCD, but I finally got around to sorting out the Y/C cores and am now outputting direct video to my CRT. The colour saturation and contrast are incredible -- this setup truly blows those cheap HDMI to S-Video converters out of the water. 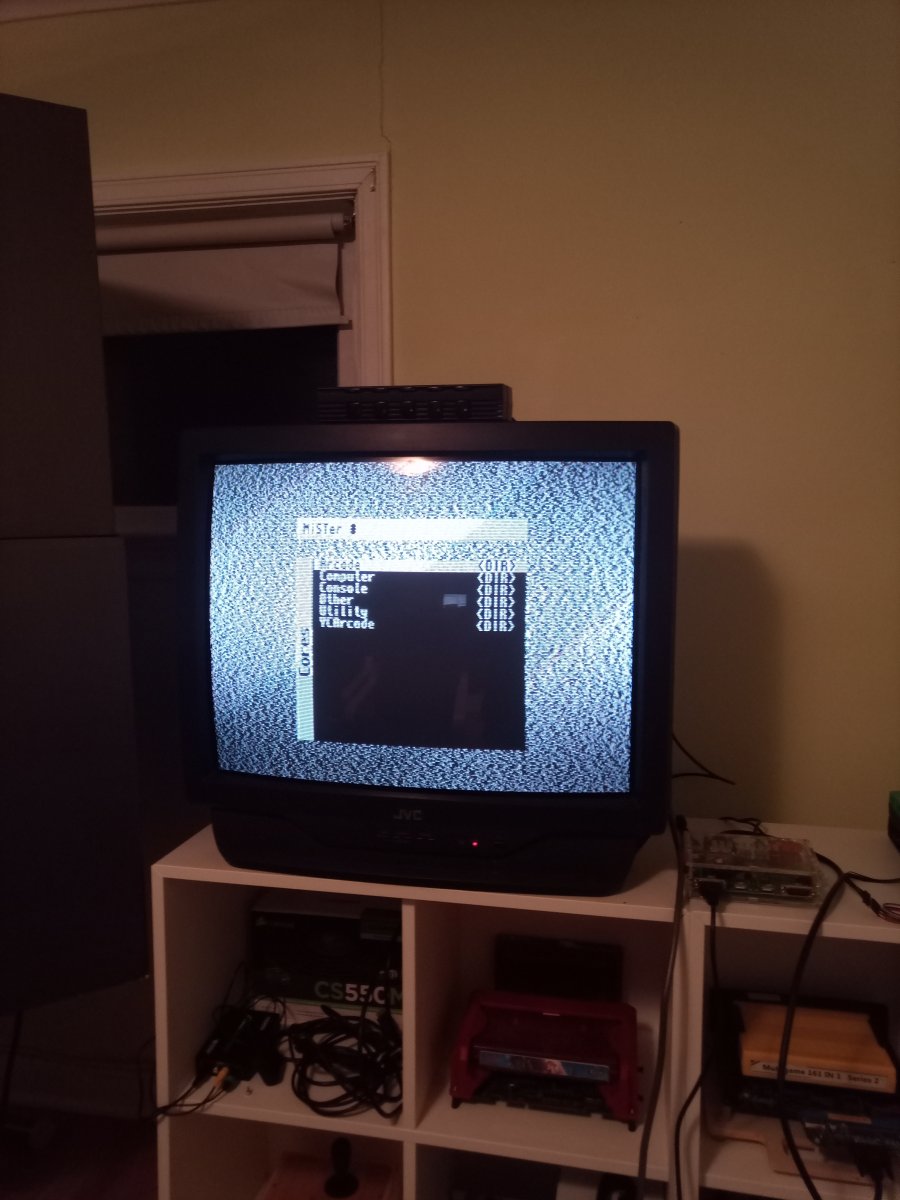 Bigblue709 said:
I've been on the fence about the MiSTer project for a while, mostly because I already have plenty of ways to play old games on an LCD, but I finally got around to sorting out the Y/C cores and am now outputting direct video to my CRT. The colour saturation and contrast are incredible -- this setup truly blows those cheap HDMI to S-Video converters out of the water.
Click to expand...

Congrats. I've tried a few times but never had success with direct video. I have the analog RGB working well enough.

I have gone through a lot of trouble to RGB modify my original consoles that didn't support RGB (DUO-R, NES, Famicom AV, N64, 2600) and to perform RGB bypass mods to clean up the signal on others (Mega Drive, Genesis, AES) to varying degrees of success.

And everytime I turn on the MiSTer I say "Damnit, this looks as good or better than my original console I spent all that time/effort on."

It really has beautiful output.

Bigblue709 said:
I've been on the fence about the MiSTer project for a while, mostly because I already have plenty of ways to play old games on an LCD, but I finally got around to sorting out the Y/C cores and am now outputting direct video to my CRT. The colour saturation and contrast are incredible -- this setup truly blows those cheap HDMI to S-Video converters out of the water.

What kind of cable are you using?

I'm using a HDMI to VGA adapter that breaks out the audio to a 3.5mm jack, and a simple homemade cable constructed from VGA and s-video cables: 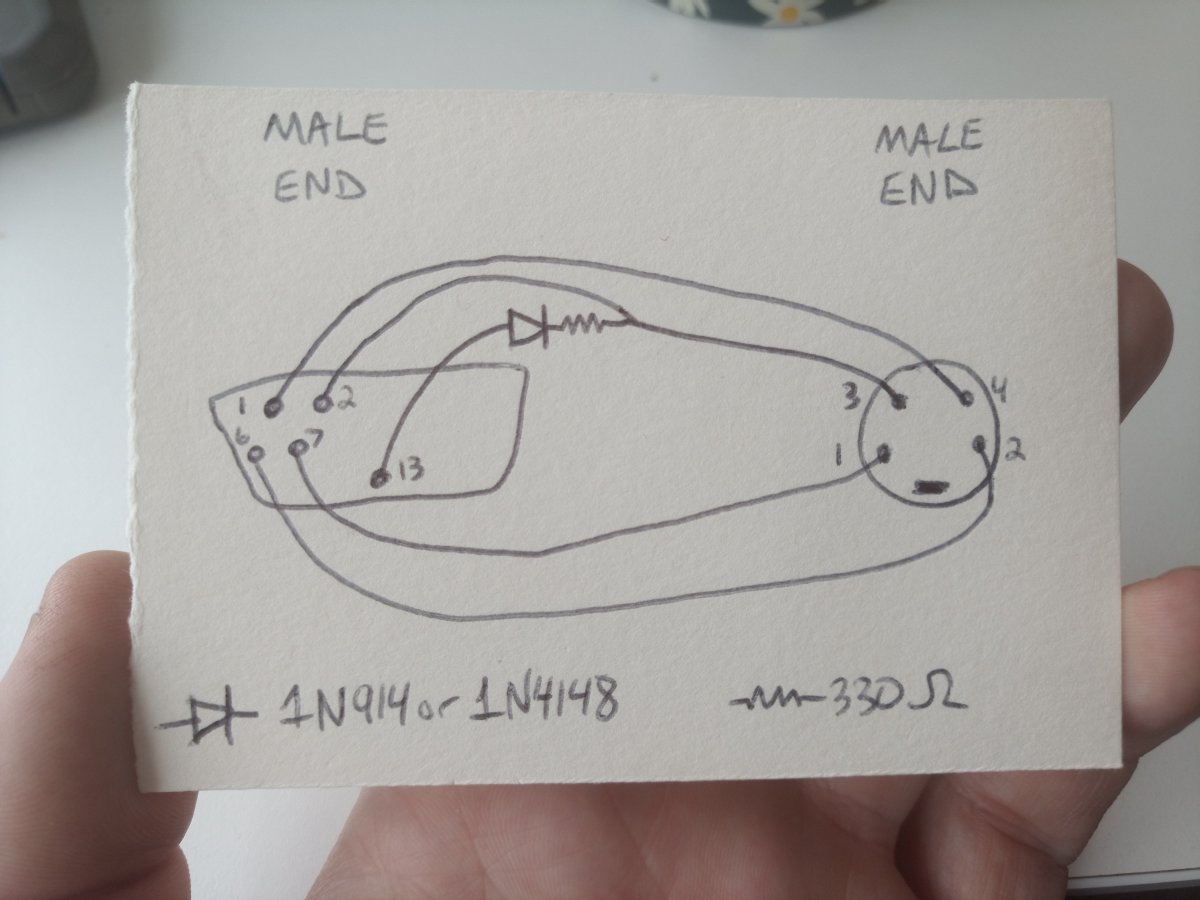 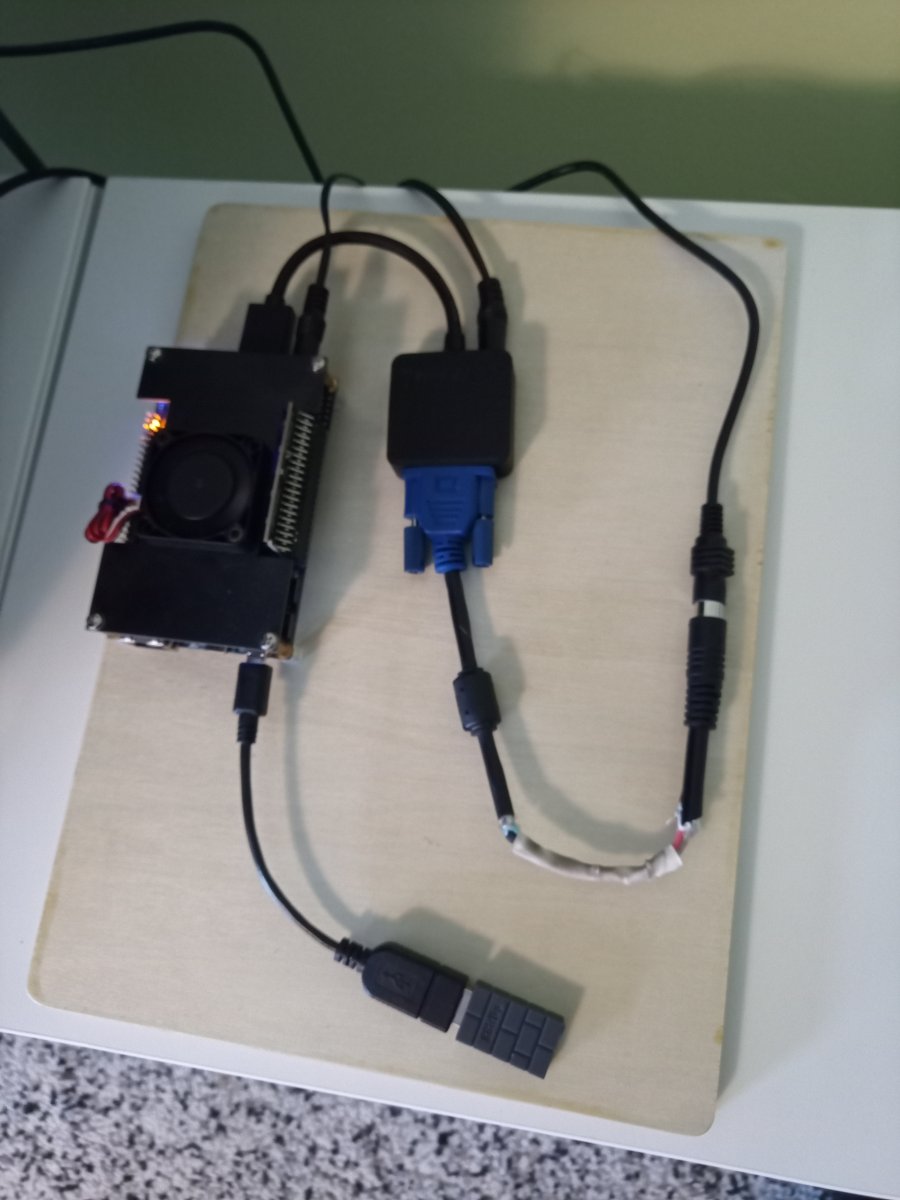 On the topic of the Y/C cores, I just saw on Reddit that they've been added as an option on update_all

View: https://youtu.be/XB9_7OJxZlc
You must log in or register to reply here.
Menu
Log in
Register
Install the app
Top