Still not a Card Reader emulator for Cobra The Arcade on Namco System 246/256 or a Patched Dongle ?

patched dongle?
you mean there is a flag to enable/disable card readers in the dongle??
S

Well I decided to re-do my cable to prepare it for F-Zero to test that.

F-Zero acts a little wonky but seems to accept, and I went back to test MK1/2 with the new cable and seems to work fine now!

Can’t really explain that, but I’ll consider it a win..

I think I’m all good now!

I've started work on F-Zero AX and wow, what a game! not played it much before and it plays really well. I've managed to extract the card icons from the game code so far and done a bit of work on the workflow, it'll be more of a challenge than the ID games as the font icons don't all load up front, they are loaded on demand based on what is about to be printed on the card, plus it prints in three separate messages for each area of the card. Lots to think about ... 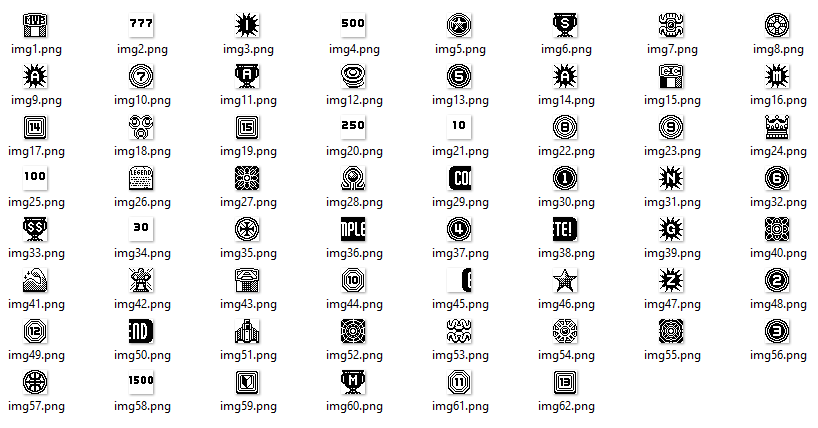 After a week of head scratching I'm starting to get somewhere, I've got the main emulator script to process and export the font packet data into a csv file, that then act as a real time reference as to which icon is currently in which font slot. If more font information appears later on, the originals get bumped out of the file if they occupy an incoming slot. Then I run another script after the print packets appear that captures them and holds a master reference of all the icons based on their hex values. Compare the two and it generates a single character in the correct location for each icon. I've created a custom font using font forge with all of the 62 images in, a-z, A-Z and 0-9 cover them all. Hopefully I'll have some real card print images to share over the weekend with a code release next week if all goes well.

I've got my first test print using real game data, doesn't look too bad, just need get some higher res scans as this one is ripped from a Japanese auction site with the original print data photoshopped out! 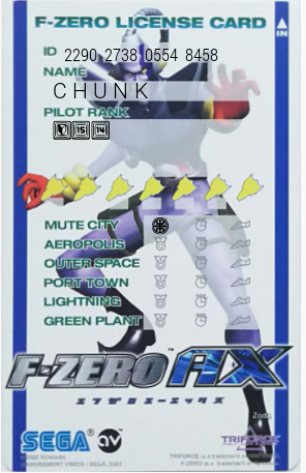 I'll scan one later today. Just tell me which character you want

That would be brilliant, thanks very much, I'd be grateful for any that you have, the aim is to get a selection so a random card is offered when purchasing in the game.

@chunksin you have all the mario kart cards? and WMMT2? If not - I can scan those for you.

I'm missing some in the scans but I have all the cards except the Jp exclusive one that came from the Gamecube. Potato quality at its finest

Wow! I honestly didn't realise there were so many! many thanks for scanning them in, it's great to see them all together like that - unfortunately ... I need them at a higher res

- the other cards I have are all around 600x1000 pixels each to capture all of the card detail and make the icons clear when printing them, I know it's asking a lot but would you be able to rescan at around 300dpi for me please? if that's not possible, no problem, I now have a list of all the ones I need to find!

96dpi according to Windows, the files attached here are only 200KB each, did they get resized when attached?

Probably. There is a hard limit i believe to post pics. Pm me an email address and I'll send it when I have a chance

zero238 said:
Probably. There is a hard limit i believe to post pics. Pm me an email address and I'll send it when I have a chance
Click to expand...

Sent it your way. The scans don't look as crisp as the real deal though

Got them, they are perfect! thanks so much again for scanning those in for me, the F-Zero code is all done now, I'll release it along with Mario Kart which I'll start this week

Looking much better with the higher res cards: 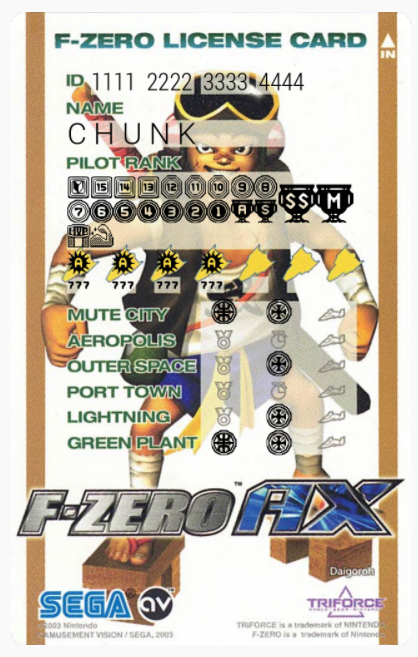 Thanks for sharing @zero238 and implementing them @chunksin

Was finally useful!!
You must log in or register to reply here.
Menu
Log in
Register
Install the app
Top