Recently I've been contacted by a couple of arcade collectors, both had a not working 'Prehistoric Isle in 1930' PCB (a shooter game originally developed and published by SNK in 1989) with a problem regarding a custom IC marked 'SNK IO'.In one PCB the chip was faulty, in the other it was totally missing, likely removed to fix another board (picture from 'tekno retro') : 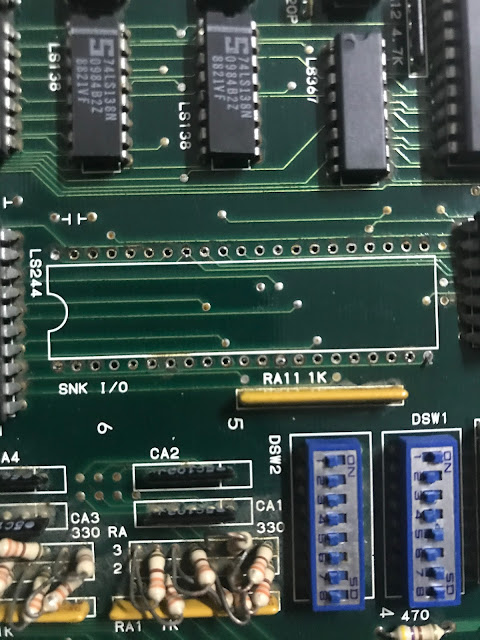 They asked me to take a look at this custom IC in order to study a replacement.Since I have a fully working Prehistoric Isle PCB I gladly accepted the challenge.

The chip come in a plastic DIP42 package, as said it's marked as 'SNK IO' (numeric string does not matter as I think it's a simple production/lot code that changes from time to time) but silkscreening says 'SNK I/O'.Besides Prehistoric Isle it's used on the 'The Next Space' (and perhaps other SNK boards, further info are welcome) 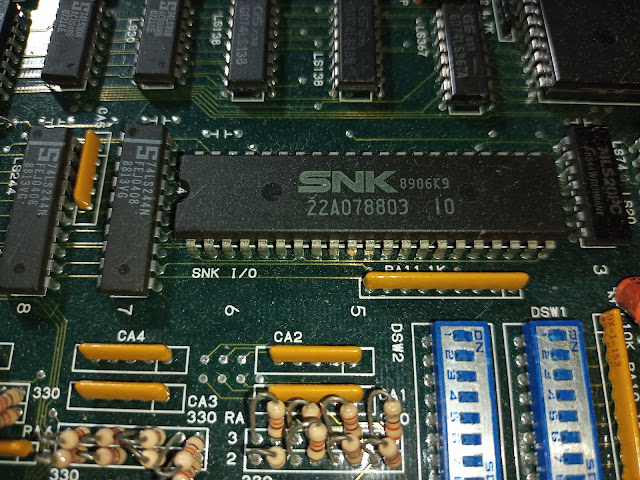 As part name suggests, this custom IC handles the inputs, specifically the player 1 controls and dispwitches.As always I do, I looked for and found a couple of bootlegs so I studied how the functions of this custom IC were reversed.With the help of the user 'tekno retro' who did some check on his board I was able to figure out the full equivalent circuit of the 'SNK I/O' so I routed it to a proper board layout :

After some time I got the blank boards from the manufacturer and assembled one : 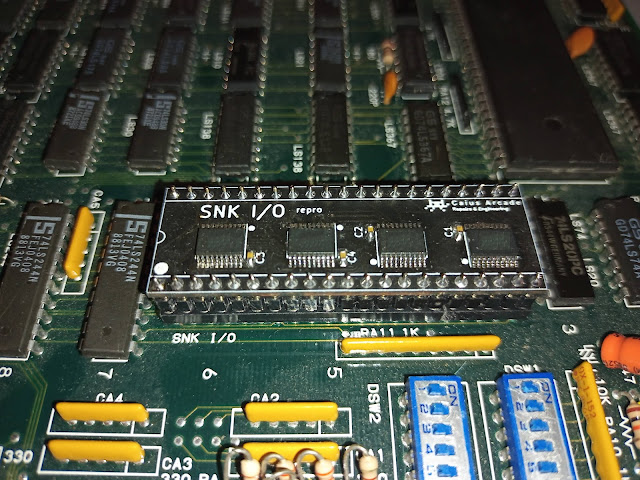 The testing was successful, the replacement worked flawlessly at first try :


Another custom IC reproduced, thanks again to 'tekno retro' for his help.
C

are you selling them?
great work BTW

santa978 said:
are you selling them?
great work BTW
Click to expand...

Thanks.Yes, I sell them on eBay and Tindie.
You must log in or register to reply here.
Menu
Log in
Register
Install the app
Top