Murray said:
Some driver info below.

I realise this is an old post and you came up with another solution but have you tried using Rivatuner? it has compatibility with Forceware 96.XX drivers and was the go to method for custom fan profiles back in the day.

Murray said:
I can't remember if i did, but yeah I moved on from that one, i just run it on TTX3 now with never hardware and it works fine.
Click to expand...

yeah no worries mate, I didnt want to teach you to suck eggs as you clearly know what you're doing. Rivatuner might just of been a little too old/obscure for some people.

For anyone reading who isn't aware RivaTuner is what went on to become what is MSI afterburner once Unwinder (the author) started getting paid for his work.

Since I didn’t see any pics of the psu fan mod, Ill add mine. I replaced those jet fans with 2 Noctua NF-A4x10 5V. Kapton taped the gap on both sides.

I have also replaced all my fans, replaced the CPU thermal paste, and upgraded my ram.

Everything is fine except I'm not 100% on the PSU fans. They're much quieter but also only move 1/3rd the CFM the original fans do. That said the PSU did not seem excessively hot to the touch after about an hour closed in a Vewlix.

Almost everything is plug and play except the PSU fan cables need to be extended. I just used the extensions they come with and cut them to length and crimped on Dupont connectors. Also because the fans are shorter you MUST cover the gaps with tape or something. If you don't the fans are just going to pull air in from the gaps instead of through the front of the PSU. 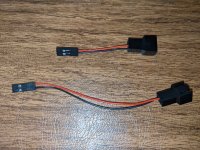 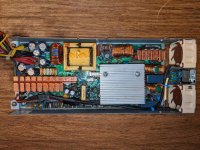 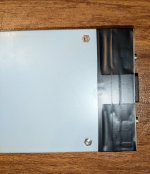 new to this forum. I appreciate all the info given here.
So I have recently purchased a Taito Type X2.
Since it is running fine I am not going to upgrade anything (yet) but need to give it a good clean.

As for the PSU fans:
Are they supposed to always run? Or do they only turn on at a certain temerature level?
Asking because mine are not moving and I read to all this thread and others but could not find info on this.
S

Pretty sure the PSU fans in mine always ran, even with the stock fans. Been a while since I changed mine out though, so I could be misremembering.

Alright thanks. I was trying to avoid messing with the PSU but I will open it up and check the fans.
I will order the Noctua NF-A4x20 FLX 12V since I saw a few people such as "notsonic" above installed those and they seem to work OK.

Will let you know

I've always had one or none working, but I am pretty sure they should both be on 100% percent of the time, considering they're used in tiny cramped arcade cabinets.

kazuo said:
I've always had one or none working, but I am pretty sure they should both be on 100% percent of the time, considering they're used in tiny cramped arcade cabinets.
Click to expand...

That‘ what I thought as well.

Installed new Fans this morning and gave everything a good clean. I removed the Heatsink from the GPU and also the fan and yuk that was gross. Unbelievable how long those products last considering that it’s still allowed to smoke in the Arcades…
Gave it some fresh Heatpaste and that‘s it. Runs like a charme.
Yes the Fans in the Type X2 are still loud but I run it inside my Vewlix F and that has the fans on anyway so I just bump up the Volume and feel like I am somewhere in Shinjuku

I read somewhere here that the Noctua NF-A4 don’t have the same Pressure Level as the stock ones but it’s still 100% better compared to running the PSU without fans right? I could not find any other Fans that seemed to match better around here 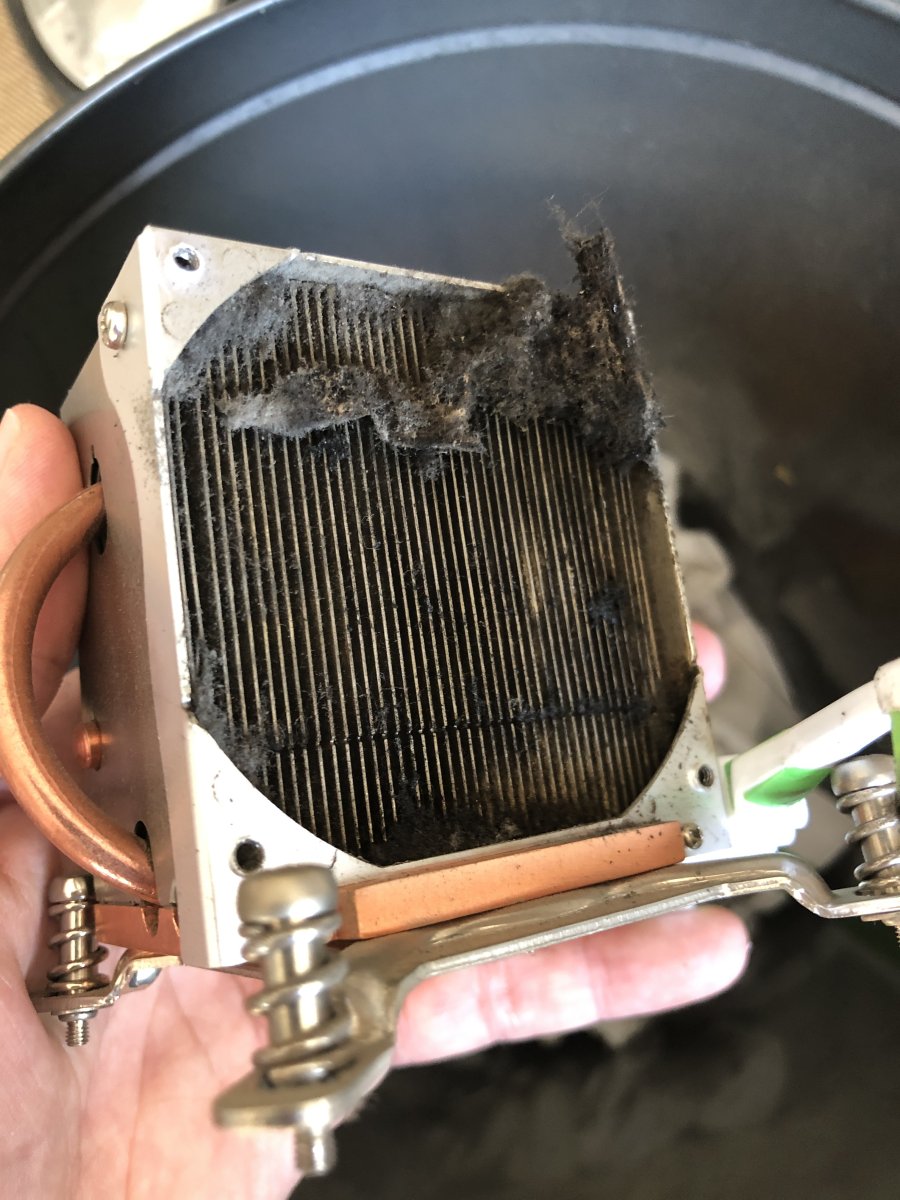 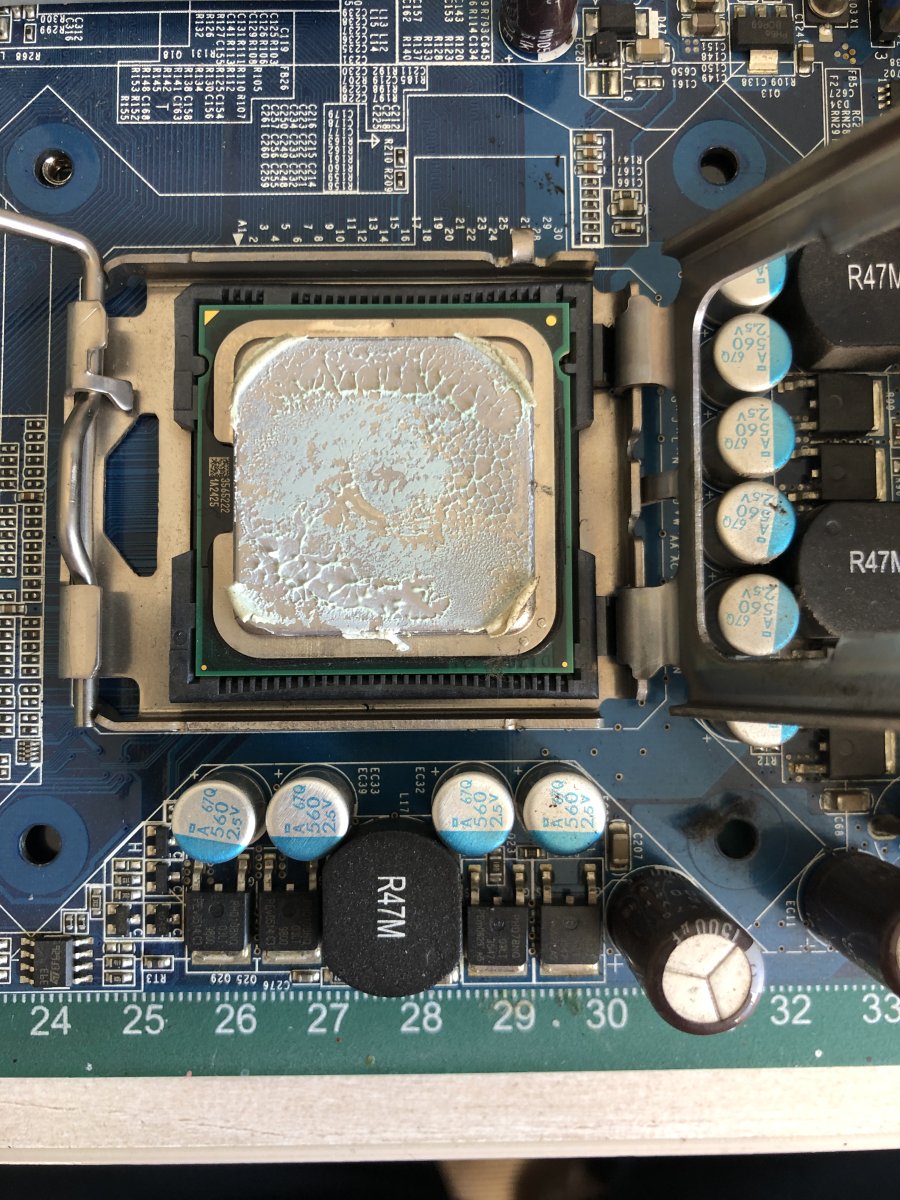 yes the Noctua's are not a perfect match but work pretty well, also you don't have the TTX2 turned on 24/7 in your home environment I assume

I've tried looking on this forum and in this thread for an answer to my question but I cant seem to find it.

The reason I'm trying to do this is the games had the monitors removed so I'm trying to put LCD's in them but they look like crap at 800x600.

Anyway, I've tried everything I can think of and nothing sticks.

LOL! Is it really that easy? hahahaha. OK, I'll go look for a dip switch package. Thanks!
G

found the switch! No change in screen res.

Try the other dips as well. I'm sure there was a way to have this run in 720p.
G

I'll flip the others and see what happens. Thanks all!

Gonna guess there's nothing in the test menu?

I can't imagine it actually runs at 800x600 natively. Are you using VGA or DVI? Does your card have dual outputs? If so, did you try the other output?
G

kazuo said:
Gonna guess there's nothing in the test menu?

I can't imagine it actually runs at 800x600 natively. Are you using VGA or DVI? Does your card have dual outputs? If so, did you try the other output?
Click to expand...

I think the game does run at 800x600 natively. That or 640x480 since the game came with what looks like a D9200 or D9400 (both monitors were missing when I got to the games). There are three outputs. DVI, VGA and that little round connector for composite video. I've tried the VGA and DVI outputs, both are 800x600 on any LCD I connect the computer to.

Nothing in the test menu.

Somewhere I have a few 7900's that I flashed with the Elsa BIOS. I'm wondering if that card would just drop in and display at a higher resolution??
You must log in or register to reply here.
Menu
Log in
Register
Install the app
Top