I was going to wait for the final version (1.6) PCB to be built, but I decided to just go ahead and release this now!

This device is NOT endorsed or recommended by the creator of the Jammafier!

Its purpose/my intention was to provide cheap (currently @ 14.40$ per-PCB-build price) arcade PCB video attenuation to use with OSSC's SCART port.
Designed by @Frank_fjs using as many thru-via components as possible for ease of assembly.
Beta tested by @wigsplitta and myself (a 3rd beta unit was also sent to @rewrite but I never heard back from him).

Pictures of the beta (1.2) version/test with a Jammaifier+OSSC in a Taito Vewlix Diamond (PCB on the right).

The 1.2 beta revision had optional power input via mini-USB, it has been removed from 1.6 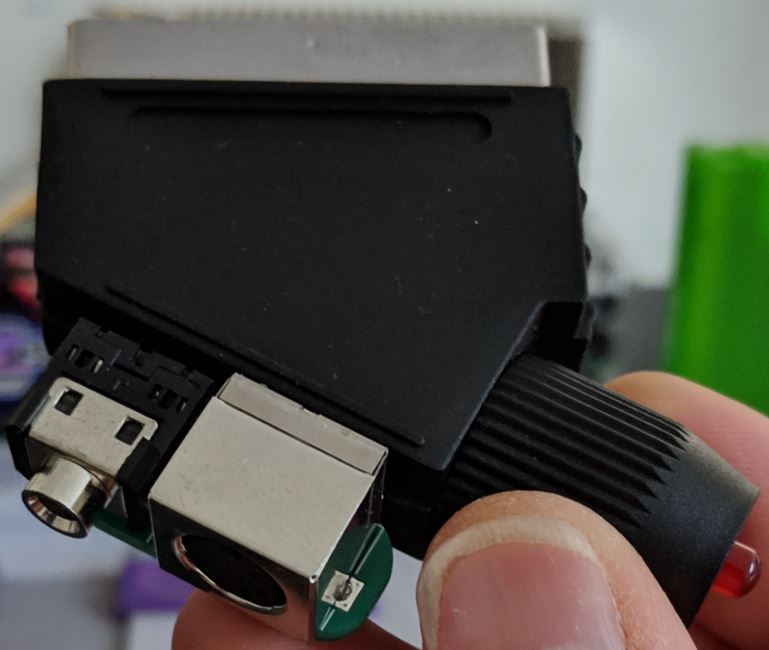 Potential future pre-assembled orders based on mutual expressed interest, however project is best when you DIY.

Looks cool, but can you explain with it does? Like, as if I'm a 3 year old, b/c I am, when it comes to this stuff!

Basically the video (RGBS) signal path from a supergun, broken out into a separate PCB?

the Goat said:
Basically the video (RGBS) signal path from a supergun, broken out into a separate PCB?
Click to expand...

If you have a Jammafier you can't connect it directly to a OSSC because Jammafier isn't processing the video portion at all.
The signal is too strong/colors too bright/washed out, and its unsafe for the OSSC.

Officially Zim intends you to use a Tri-sync Helper to attenuate the video signal, I see two problems with that design...
Sync shouldn't be processed at all (not with OSSC it hates that)! Only attenuated with TTL/75ohm optional output to support Taito F3.

This device is IMO the perfect solution for arcade PCBs when used with the OSSC via Jammafier (or custom SG DIY project).
Last edited: Jul 2, 2020

What are your thoughts on using this to attenuate video output from an Extron Crosspoint to the OSSC scart input, or any other scart device?

meybarra said:
What are your thoughts on using this to attenuate video output from an Extron Crosspoint to the OSSC scart input
Click to expand...

Don't let the DSUB connector dissuade you (is was selected to easily connect with the Jammafier) it can be used for any supergun like application.
As pointed out by @the Goat this is basically the video only portion of a supergun design.

Sorry for the late reply, work's been a bit busy the past few weeks!

I've given this a good few hours of play and am happy to confirm that it works nicely in my JAMMAfier - OSSC - Vewlix C setup. (I'm using a RGC 8pin din --> rgb scart cable)
I've tried various boards and not had an issue with anything.

I need to re-read up the PM thread, but I was under the impression that the concerns Zim had about the original design were addressed, and his and other peoples recommendations were implemented into an updated design?

wigsplitta said:
I need to re-read up the PM thread, but I was under the impression that the concerns Zim had about the original design were addressed, and his and other peoples recommendations were implemented into an updated design?
Click to expand...

@Frank_fjs has done in my amateur view a fantastic job, with thicker traces and ground pour.
I welcome any pros to chime in and make recommendations/criticisms however so we can continue to evolve the design.

I wanted something optimal for folks like us (aka VLX owners who play JAMMA boards with a Jammafier+OSSC combo).
This isn't about egos for me, optimal is optimal.

Im all for it being optimal

Are we still planning to do one that mounts over the taito scaler?

Another thing Ive been tinkering with is mounting supports for jammafier, ossc, jassifier etc. and I guess will need some type of switcher.

As for the overlay design I'm still all about it, and this time I have the complete design to offer you so it can be adapted modified into whatever you need.
I always imagined a "pro" version that used SMD components making it far more compact in addition to the special shape to overlay with the OG Taito JAMMA kit.
Last edited: Jul 3, 2020

Please put me down for one fully built Jassifier whenever they are available. 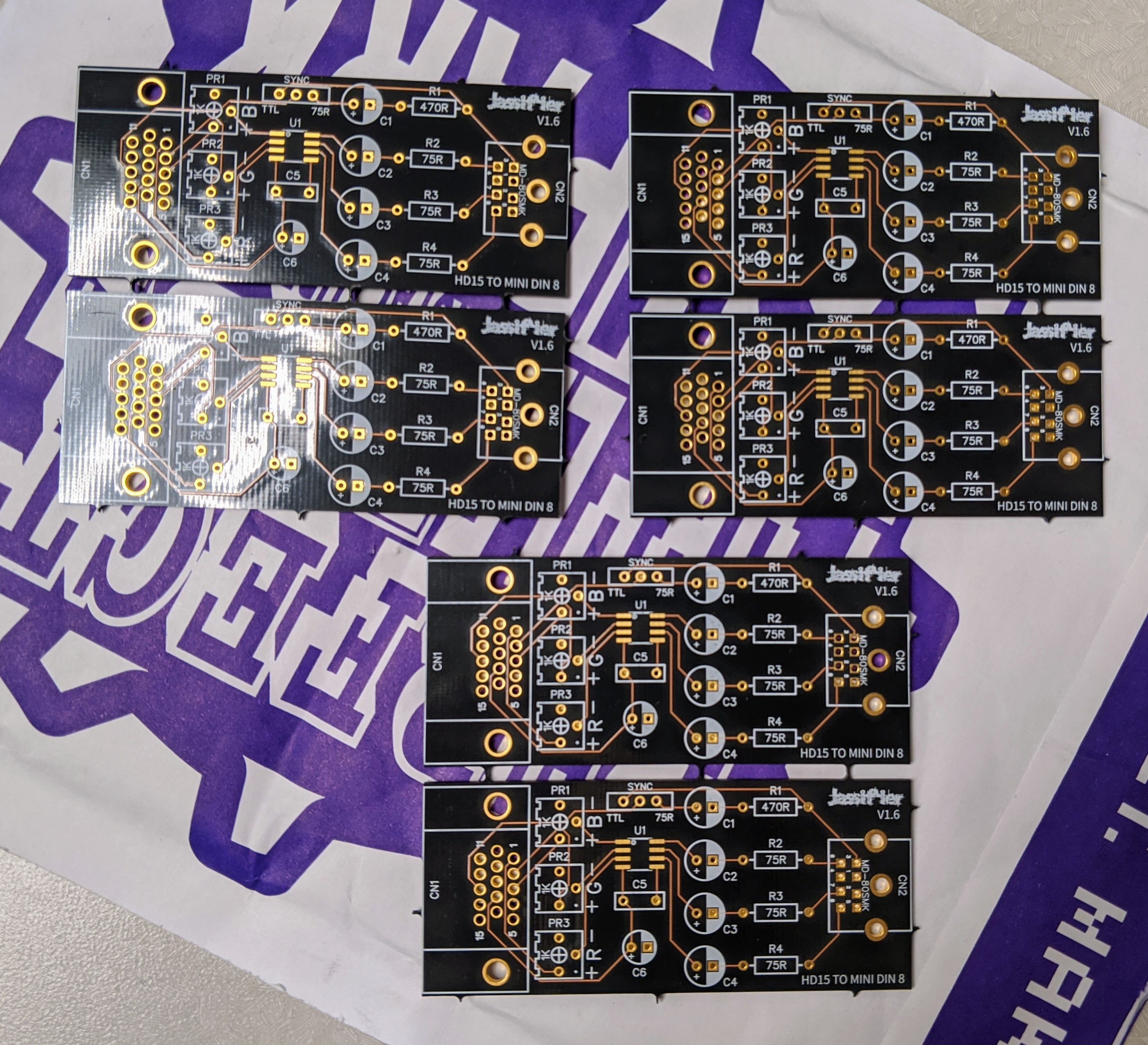 @KingSopz I'll build ours this week, ready for the weekend.
@ekorz I'll send yours out Thursday or Friday.
Last edited: Jul 14, 2020

ill stop by this weekend

I am PUMPED! Can’t wait to build this bad boy and run some jamma in the Vewlix. I’m gonna pick something with stupid sync too just for fun. 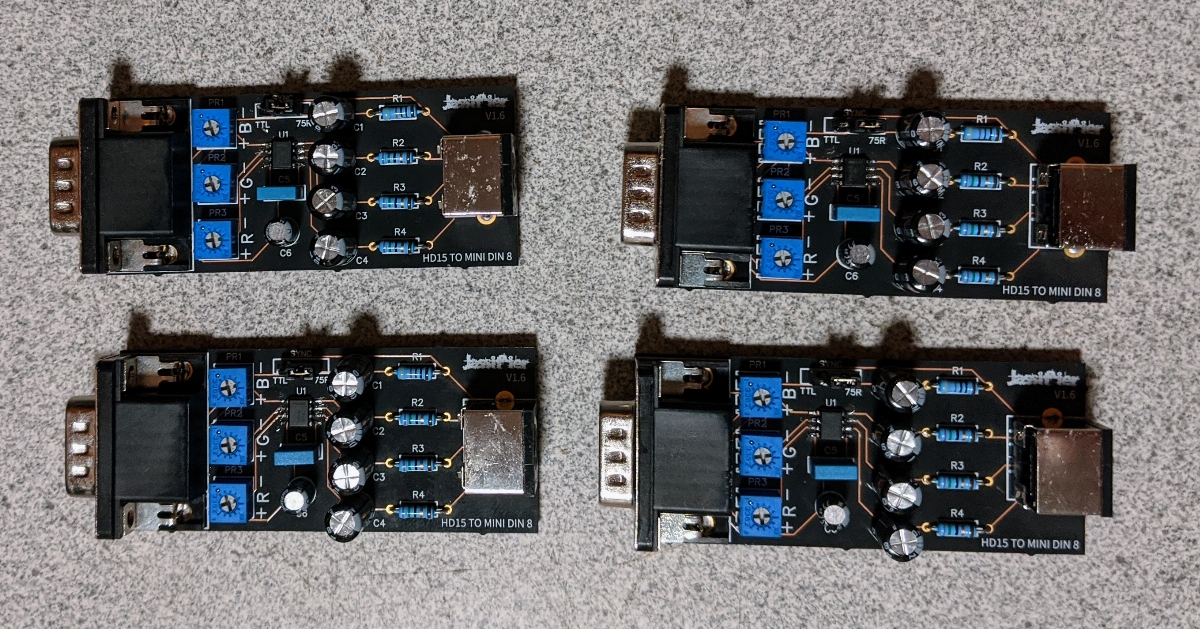 What do ya think @Frank_fjs I like this new streamline design.

Definitely very streamlined, I like it. Sometimes simple is best.

Have you tested one?

Damm i wanna pick that beauty up todayyy, lol but Saturday is the day :/ 3 more days.

@Frank_fjs @jassin000 Any chance you can send me the editable schematics/files, etc... I want to make the version we discussed that mounts over the stock Taito jamma kit scaler. Ofcourse will share stuff on here in case anyone is interested and wants to order their own.

Frank_fjs said:
Have you tested one?
Click to expand... 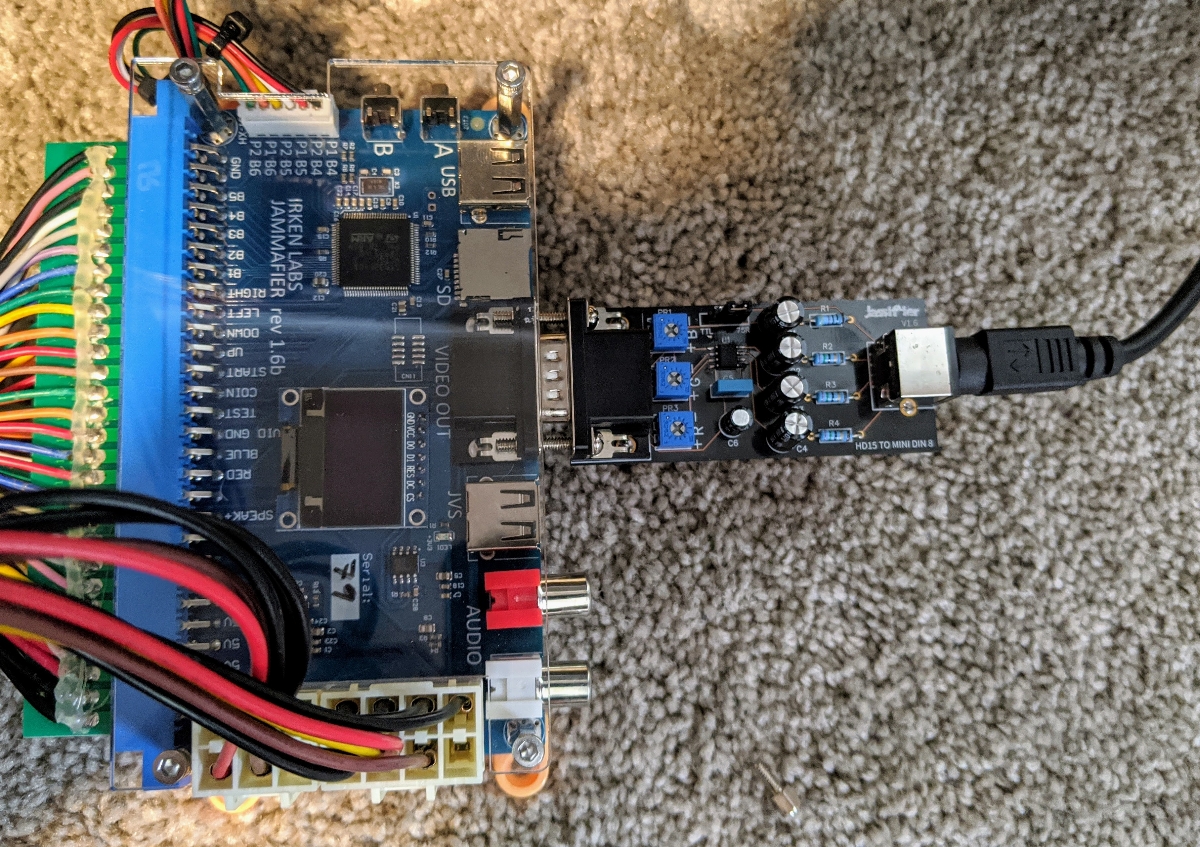 Inside the VLX Diamond, nice and clean/compact... 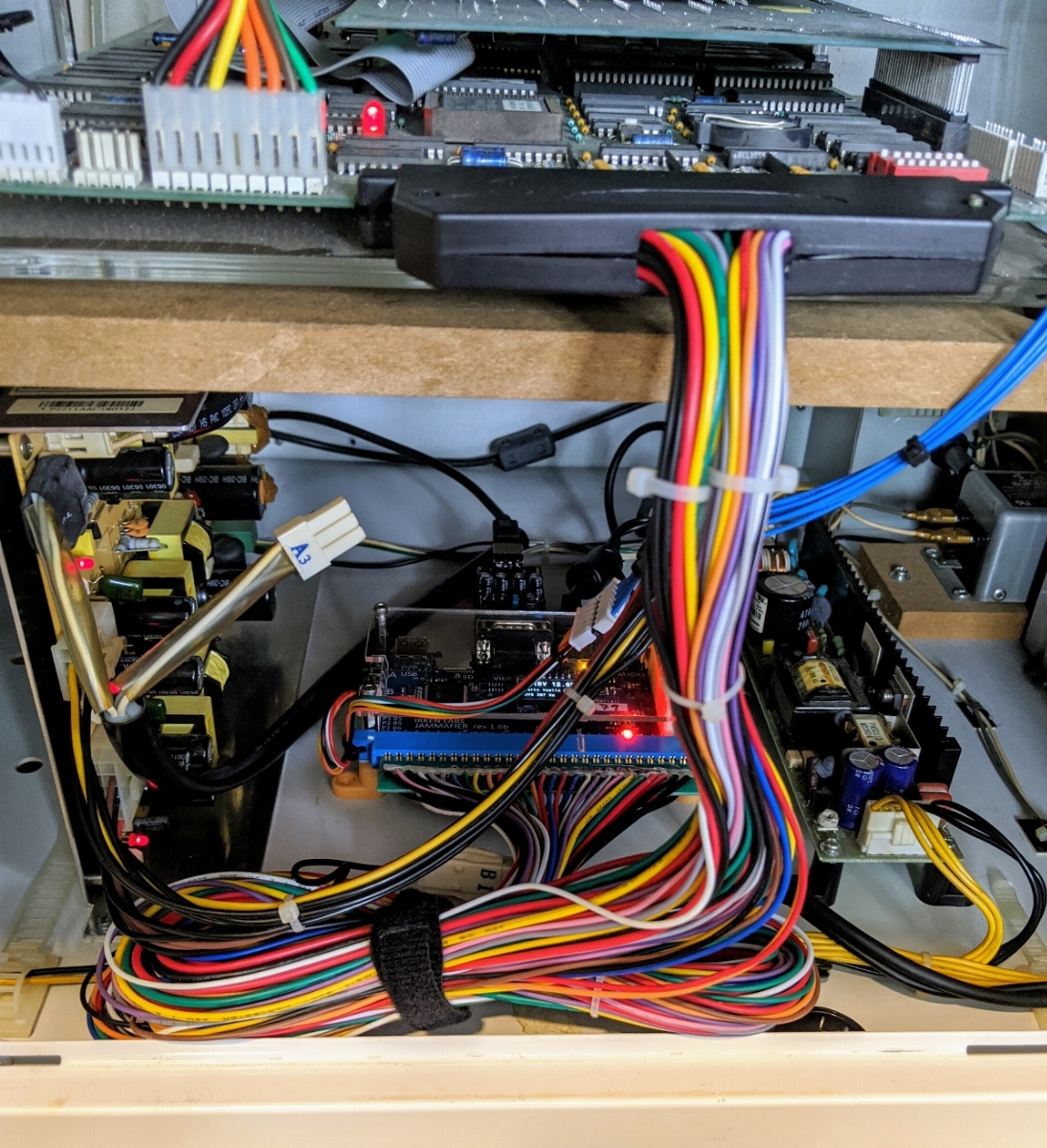 Last edited: Jul 15, 2020
You must log in or register to reply here.
Menu
Log in
Register
Install the app
Top