Updates on the Mac Plus:

HDD
- The HD20SC enclosure has now been gutted, but uses the PSU case for input and power switch so there are no visible external modifications to the HD 20SC.
- Installed a SCSI2SD V5, and a Meanwell 5V PSU for the SCSI2SD V5.
- Installed a tiny 12V PSU on the mains, which simply drives a noctua fan for cooling and sound nostalgia.
- Red access LED for that original look as well

ROMinator
- The BMOW Rominator is open sourced now. I assembled one, burned the EEPROMS, and installed it. The SMD Chip was a breeze with some chipquick solder paste.
- ROMinator configured with custom boot chime
- ROMinator ROM Disk re-flashed to have HDD Tools
- ROM Disk is a bootable system disk, which can be modified if you boot from a different disk and use a flash utility
- System (re)boots in 6 seconds from "Happy Mac" to Desktop when booting the ROM Disk (!)

The last thing I have to do is finish cleaning up the very minor damage from the battery bomb and install a battery for the system clock. Thankfully on the Mac Plus, the battery is not on the logic board, but in it's own little access door on the back of the system. This saved a lot of damage. Anyway though, that is just a clock battery, other than that, it's in great shape!

This makes me itch to play Dark Castle.

I don’t know if this is old enough but I’ve been quarantining in the basement the last couple days, had some time to go through some old boxes and found my G3 PowerBook!
Battery doesn’t hold a charge but it boots up to 9.1 and can still play Quake! 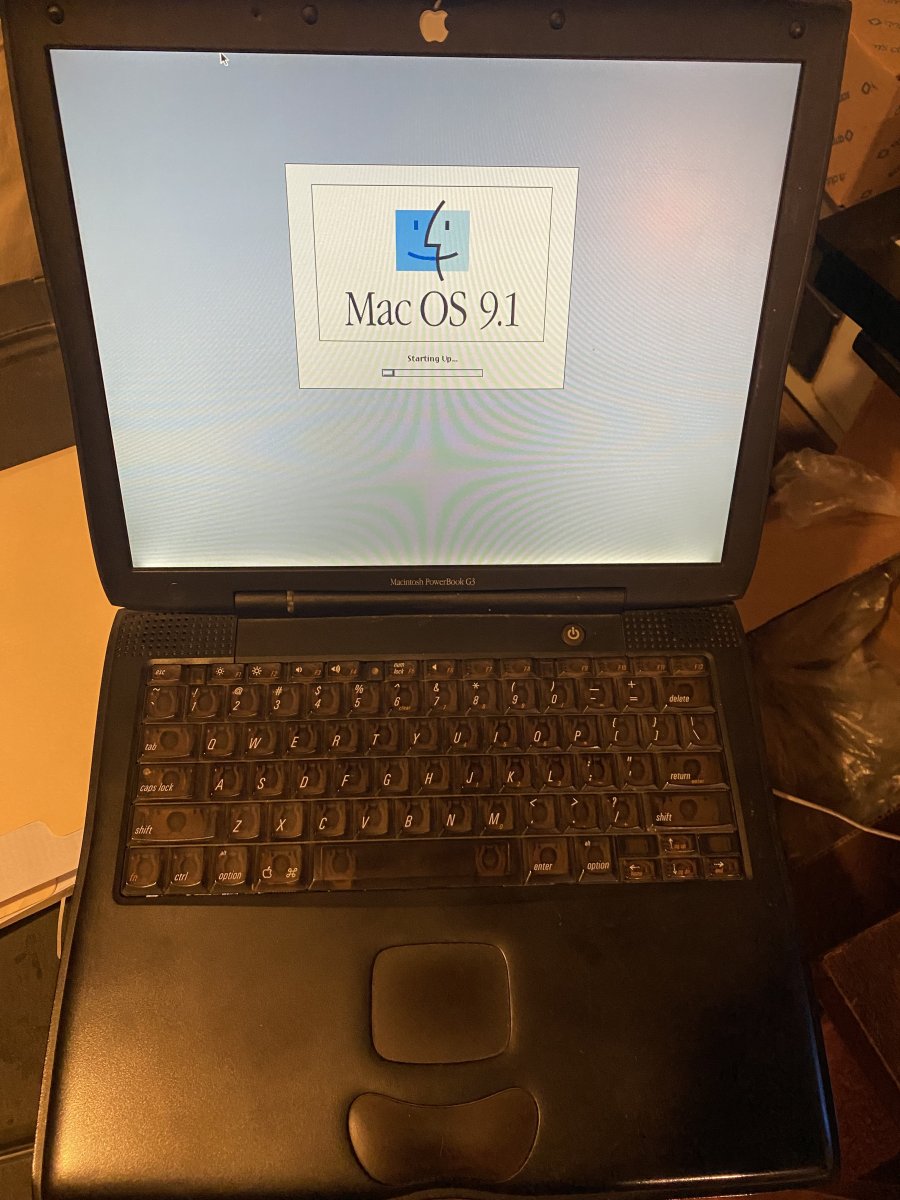 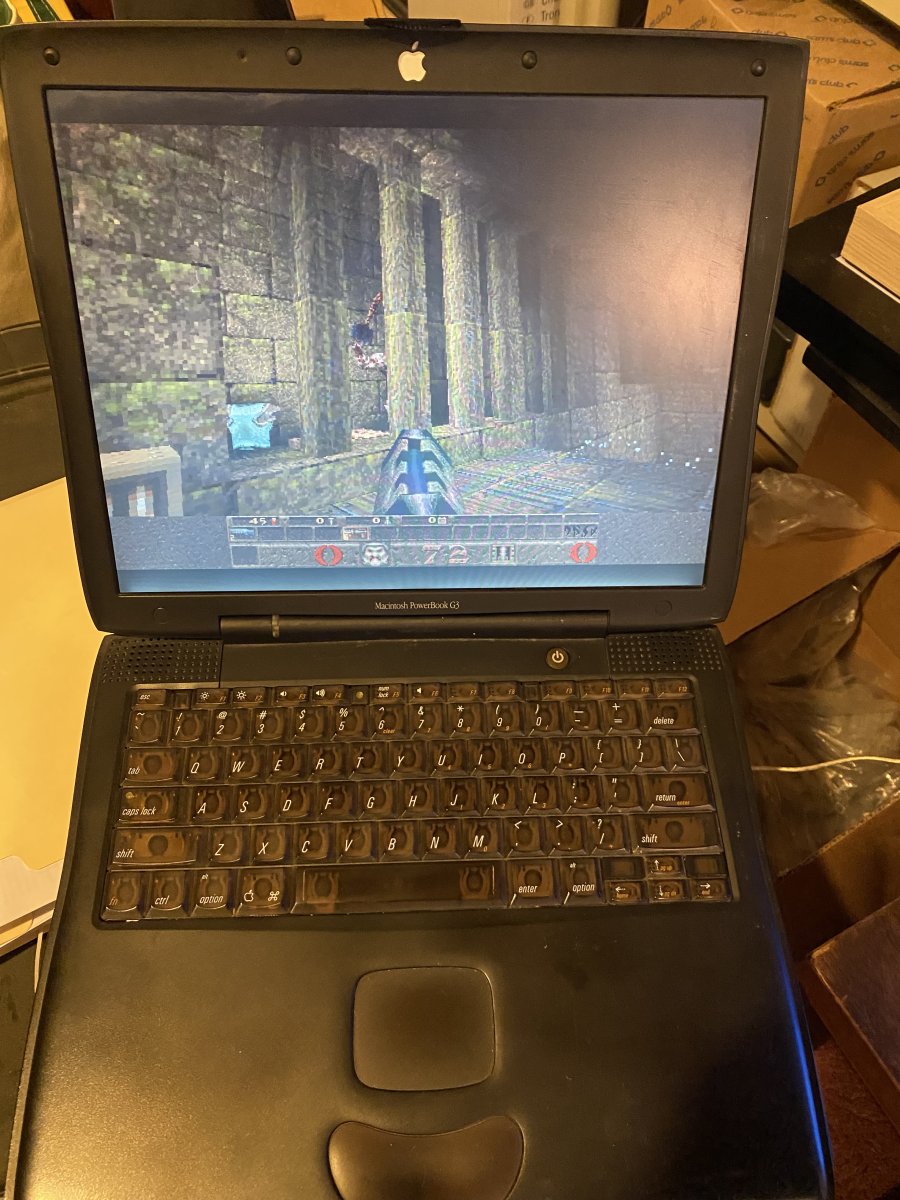 @Neodogg Nice one! Anything pre OSX qualifies in my book. You’re making me consider digging out my old PowerBook and seeing what’s on there.

Those and the original TiBooks are my absolute favorite laptops ever, along with certain Thinkpad models

Agreed. Somewhere in a box I have a 1st gen G4 TiBook, the fastest Powerbook that could natively run OS 9. It was the first computer I bought out of college with "real money" from a "real job." I loved that thing.

Ok, now I gotta go dig through some boxes and see if it still boots.

I have a 500mhz Pizmo G3 with OS9. I don't have much attachment to early osx. I was able to install an mSATA SSD which was awesome to get rid of the mechanical drive.

Last game I played through it on it was probably THPS2. You can find everything now on sites like the garden or macintosh repository.

dos said:
Those and the original TiBooks are my absolute favorite laptops ever, along with certain Thinkpad models
Click to expand...

I loved the old ThinkPads, I tried a new one and the coil whine was intolerable.

My main laptop is a Thinkpad X220, i7 with self-swapped IPS panel and maxed RAM, from right before China started screwing with the design. it's from 2011 and still feels fast handling all reasonable laptop duties that aren't modern 3D games. My only problem is that it has the worst trackpad I've ever used and I'm not much of a trackpoint fan. It's crazy how good Apple's trackpads were so early on, they really do spoil you. Though I had an Asus Core 2 Duo laptop from back when their laptops were still unbranded white label stuff with an excellent trackpad, like a decade before the X220 came out.

I'm thinking about going to a later X series just for the better trackpad but every time I look at them vs. the X220 I'm like god damn I really don't want to give that up
You must log in or register to reply here.
Menu
Log in
Register
Install the app
Top