Recently acquired my first cab which is a dedicated MK4 cab and would like to complete it with the PCB.

I got one but it has one issue, the test menu freezes up, so settings can’t be changed. Everything else plays, sounds and looks fine.

Curious what the current rate is. Posting up on Price thread.

I sold mine a couple of days ago for $400. Might be a steal for some and I wish I kept it, needed the money though.
D

hyp36rmax said:
Curious what the current rate is. Posting up on Price thread.
Click to expand...

Mortal Kombat boards are actually raising up in price unfortunately. Mortal Kombat 4 used to be cheap but now it’s going up, my guess is probably up to $450-500 max. Haven’t seen any on eBay recently cheaper than $450.
D

I bought one a few weeks back for $350 USD… they are out there, but not listed as often or as cheap as they were 12 months ago.

That has to be shill bidding.

If that mk4 gets sold for that price, we’ll, damn. Mk2 should have reached those numbers by now.

I was about to pull the trigger on a mk4 through facebook, at first guy was a prick but then he seemed to have a hard time selling it. It was going for 350+ in February but I didn't really want it before the others, shame I let that slip. This was before the movie. 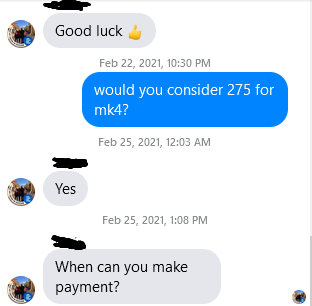 I bought my MK1 and UMK3 in April for 600 shipped on KLOV. Another guy was haggling me for 360$ for UMK3, first he told me some shit that he would rather keep it then sell it for what I was offering but then he changed his tune after I linked him recent sales. I already got it for $300. This was weeks before the movie.

Some other folks on this forum hit me up on a WTB thread. Seems in Europe prices are higher. I was offered 300-400euro for UMK3.

These are some numbers for you to consider from someone who bought 3 boards this year. This was before the movie though, not sure if that had any influence.

I think that may be the case. Most people seem to buy stuff now (that was cheaper) and resell it at a much higher price. First person to buy it at that said price, other resellers will try to sell it at that price or for more. Like the stuff going on with the video game market. It’s not just games either, the action figure market is doing the same thing. I have a Spider-Man action figure I have had since childhood and that piece of plastic is now worth $85+. Its also because of collectibility and, recognition. Mortal Kombat is pretty much a “must have” for someone’s arcade hardware collection, just like Spider-Man being a “must have” in someone’s action figure collection. I know my analogy is pretty dumb