Basically Yaton is the Chinese version of Bill Burger. If you complain or return something he will ban you.

On the other hand I've had some good deals with him, including $300 Tetris GrandMaster 2 and a broken Rabbit PCB for $50 which I then fixed.

I bought a couple of containers from him. I was more or less happy with the cabs that he hadn't meddled with. I didn't really appreciate how he had loaded them in the container, but it is what it is.

However, the ones he had "fixed up" are the ones that I regret. What annoys me the most is that I specifically asked him not to do any work on the cabs that I buy. I wanted them as is. He didn't listen. As an example, his workers used off color spray paint to cover up rust spots on the metal parts of a Versus City (my favorite was using silver paint on the uncoated steel parts). Now the whole fucking interior is covered in paint splatter. The plastic sides, wiring harnesses, connectors, cable ties, the PCB tray, there's even some on the sides of the monitor.

I think he's fine for spare parts. Beggars can't be choosers in this hobby. But for whole cabs, nope.

From what I read, the pain isn't worth the gain.

Apocalypse said:
From what I read, the pain isn't worth the gain.
Click to expand...

I've used him to buy parts and PCBs that I've not seen available for sale anytime before or since. no regrets because reguardless of the condition and the packing job or anything else, had I not bought it I'd still be looking for it.

on the flip side of this I did also buy a box of 20 non-working MVS carts for $10 a piece. Mostly just wanted the cases, but at least 1/3rd of the carts were fully working... just dirty

lol ! i want to buy something from Yaton just for the fun of the gamble hehehe (maybe I will get an Astro City ?)

Yaton's always been good for the purchases I've made. If anything was wrong, he either resent it out, or just refunded it. I always asked for photos of the exact item, and if I wanted something cleaner I'd just tell him. Never opened a case against him, just communicated and waited patiently for replies.

Not entirely sure if the new sellers on eBay using "Yaton Stock" are even him? The prices definitely aren't as cheap as they used to be. I know he's got a website now right?

His packing used to be pretty standard too, big rolls of flat white foam, the green+white packing tape and flimsy boxes. However everything for the most part arrived fine. Sometimes things were missing, but he just sent the part out.

I got the Mushi Futari kit and DDP Beestorm kits from him super cheap once he first listed them and was testing the waters, price wise. Also my Sega Keys/Locks/Tangs -- he did me a great deal on a bulk lots worth for 3 cabs...

Good deals, and honestly, my Candy Cabs wouldn't be as complete without his service. +1 for Yaton!
Last edited: May 27, 2021
E

I bought an MS-2931 off him, and it turned out to be an MS-2933. Works fine and haven't had any issues with it. I bought a blast city PSU off him once though that has written in sharpie on it "No 3.3v". I have yet to actually test that one lol.

I have dealt with similar profiles before and my experience is it takes only one bad deal to offset all the previous good ones.

My aversion to risk is high so definitely not for me. If others feel "lucky"...

Yaton's cabs are all stripped immediately after he sources them. The good parts are then sold off. He does the minimum with what's left of the cabs to ship them functional or semi functional or not functional at all. These cabs are all sourced from the same random junk suppliers in China. As they are sourced, they may be in good working condition or not. Don't expect anything spectacular from Yaton. Do expect a lot of effort in restoration. How much restoration, is luck of the draw. Basically, you are going to get about the same mixed bag as if you buy from KC. The only way you are going to get a relatively good cab these days is from a collector. If you are local to KC, go to his warehouse and pick the one you want.

I have a buddy that put in a large container order with Yaton. My buddy shared videos Yaton sent him showing all the cabs disassembled. I told my buddy, cancel the deal as the video showed Yaton's crew stripping the life out of those cabs. They worked it out and the container is being filled now. My buddy speaks Mandarin. Otherwise there would be no way he'd even attempt the transaction.

I just looked through my old mail, and it looks like I bought one of those Bee Storm PGM kits with exploded battery from him. It was listed correctly, and I cared only about the game and rest of the kit, which was in perfect condition.
IIRC he didn't remove the leaked battery, or made any attempt to neutralise the caustic battery leak. Not a big problem as PGM motherboards are cheaply available.

The earlier kits had no battery leakage whatsoever. I removed the battery on one of them and I stupidly left the battery on another which ended up starting to crystallize.

i just bought a NAC, aero, and blast city from him a few days ago. lets see how it goes. fingers crossed.

djsheep said:
Not entirely sure if the new sellers on eBay using "Yaton Stock" are even him? The prices definitely aren't as cheap as they used to be. I know he's got a website now right?
Click to expand...

bit of a necro-reply, but just to add to this: there was a disc I was ho-humming on picking up from one of these sellers for a little while; not sure if I needed it at the time or not since another part hung in the balance. Turns out I did end up needing it, but the seller went on "vacation" for a week when I went to buy it. Alright, fine, waited a week and then came back to a notification that the seller extended their vacation for another MONTH. Seemed a little fishy since I figured it was just a Yaton sub, so I sent a message asking if they were "really" on vacation...immediately replied and got linked to a newly-listed auction for the same disc on another ebay account that was confirmed to be Yaton in a different thread here

Maybe not a -definitive- confirmation for every account out there I suppose, but, just a recent experience of mine.

I never bought a full cab from Yaton, only parts here and there. He’s always come through, no issues. He sent me pics before I paid. Items arrived as pictured.
Just today I got panels I was missing for my Aero #2. 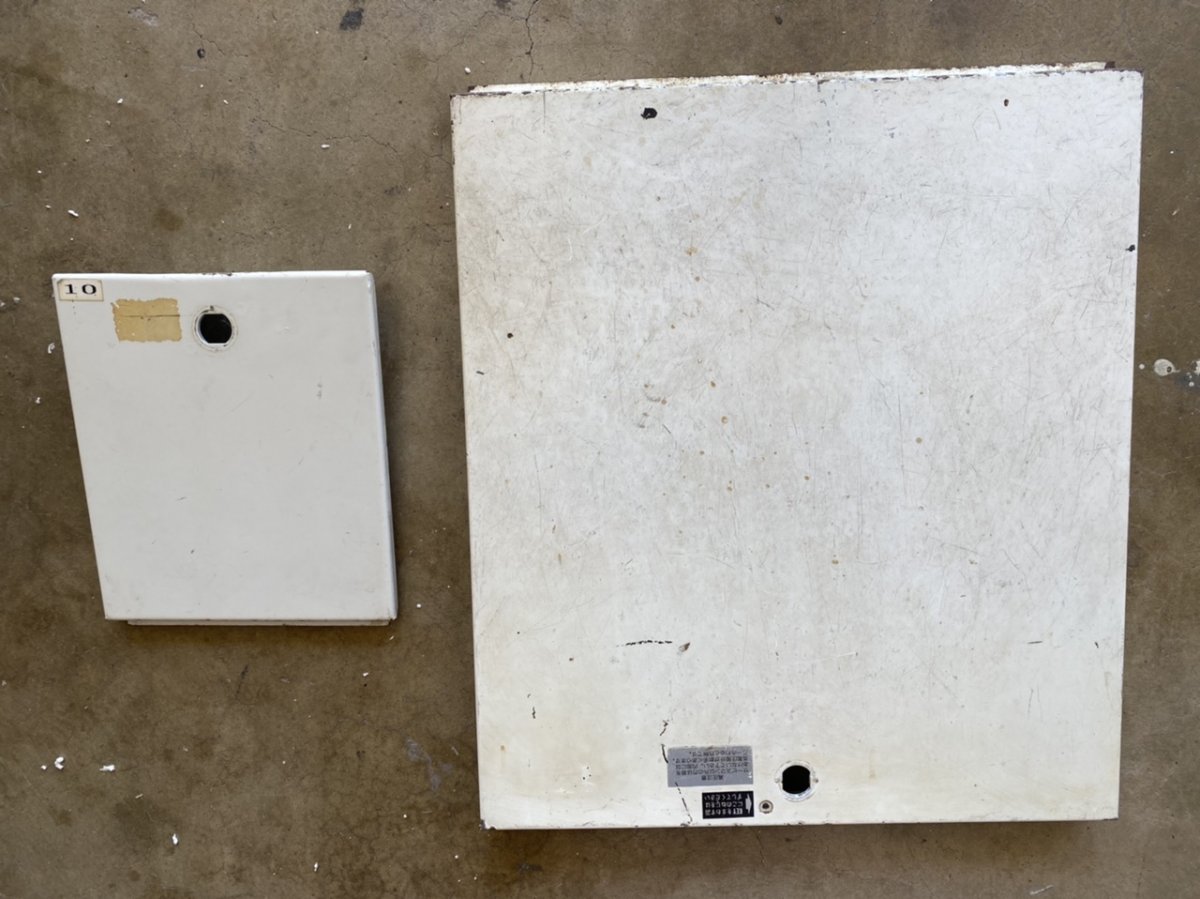 I would easily deal with him again. YMMV
You must log in or register to reply here.
Menu
Log in
Register
Install the app
Top