Looks like BEEP! in Akihabara found (another) box of 14x unused NOS CPS-2 motherboards. On sale on 22nd for my Tokyo peeps, only one per person! Wonder if the cardboard is for sale 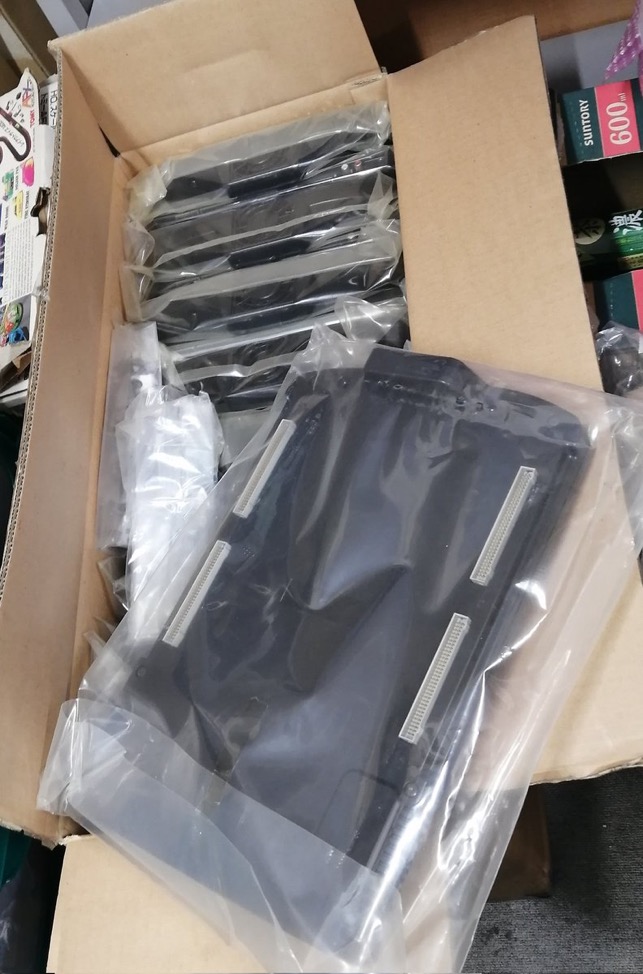 Hmm, wish they said what the price is. Kind of tempted to head out there.

@Stupid Dufus -- my memory might be a bit hazy, but they had some before and I believe they were 17,000 yen before tax?

It might be worth trekking out that way to check it out. Can never spend enough time in that store... ever...
S

The past few days (and looking like Thursday as well) heat index around 10:30 a.m. has been 37°C. Guess I still have some time to think about it.

Are these really NOS? If so, why there aren't security seals?
And a plain PP bag for storage? I would think Capcom would use at least an antistatic bag.

Common sense thus would lead me to believe the box is straight from the assembly line, prior to the security sticker being placed on and then being individually kitted up and boxed for supply to operators.
Last edited: Jul 20, 2021

Anyone in Tokyo that can act as a proxy buyer?

Arrived 3 mins before opening and 26 people in front of me.

Turns out some people have tickets they got earlier in the morning. Not hopeful but will look around inside anyway.

Man. The ticket system is annoying. At least with vinyl sales back in the early 2000’s they’d announce a time tickets would start. Hope you got a motherboard @Stupid Dufus or at least some decent swag.
S

I don't mind a ticket system as long as it's announced in advance. Several times in Japan I've arrived at place at opening time to find out tickets were handed or a few hours before. Kind of like you're just supposed to know this.

But yes, I did pick one up. Total was 23,000 yen. I forgot to ask how many were initially in stock, but I think I saw four people before me walk out with them.

Turns out a lot of people were there just for normal shopping.

Score! @Stupid Dufus — keen to see pics of that beauty. Not a bad price at all for something never used.
S

Pics inside the spoiler. If anyone would like larger versions, lemme know.

Was a nice surprise to see they included the clips and mounting brackets.

Any ideas what that bodge wire is? I've only opened two other A boards before and don't think I saw that on either.

Also, should I bother replacing or removing that super cap near the audio section? Don't recall if it's prone to leaking or not.

No need to mess with the supercap unless you have issues (sound levels not saving).
Last edited: Thursday at 1:49 PM

Did they sound like jet engines when new?
S

I imagine it's pretty loud. I honestly didn't try it out yet.

Please how to buy one THX
You must log in or register to reply here.
Menu
Log in
Register
Install the app
Top