I'd be in for a PSU as my current Saturn is on the bench today for it's Phoebe heart.

I hope this dude finds help.
Brave of him to put himself on blast about his personal affairs.

ekorz said:
I could make some by hand, but it's not like I have a wave soldering machine or anything that could handle bulk...

I preordered 2 of them, so double waste for me. I won't blame the man but it tastes bitter. I don't know if I'd spend more on this.

archimage said:
I preordered 2 of them, so double waste for me. I won't blame the man but it tastes bitter. I don't know if I'd spend more on this.
Click to expand...

I feel your pain. I also went for 2 of these, plus I had sent him payment through his site for an additional DreamPSU.

Im not accusing the guy, but, not only is the $$ gone from the campaign, but what about the $$ from the orders through his site? Who knows how much that is. We are not talking pocket change.

Plus you cant tell me that the he charge enough to make a profit to be able to reimburse his orders, or replace them.

How much could these possible cost to manufacture? 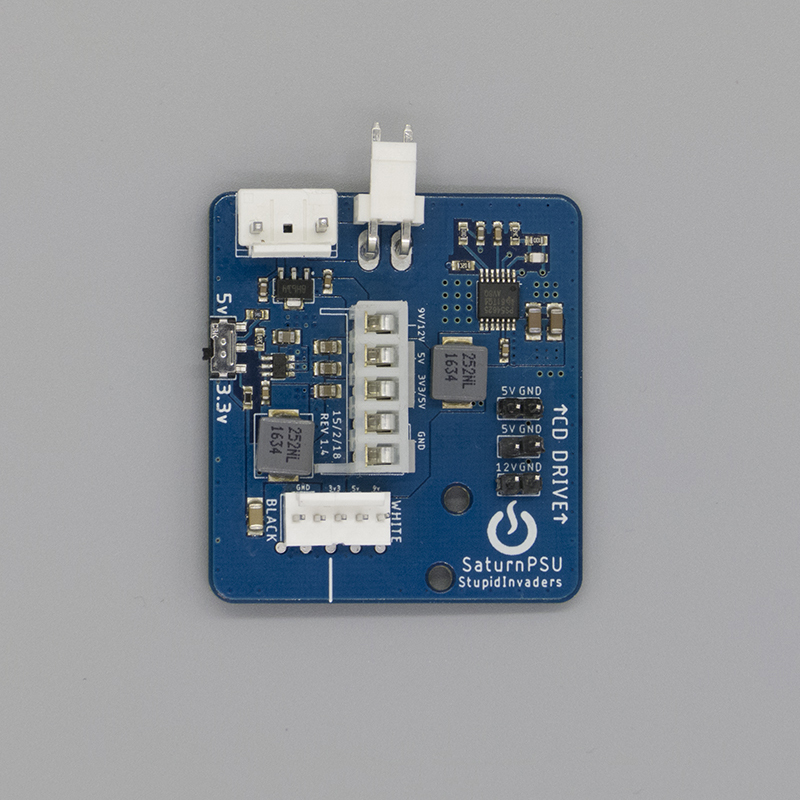 I hope the he does the right thing to at least release the files so that those that want to have these fabbed can.

I was lucky enough to get two dreamcast PSUs. They work really great.

I don't understand why he's got an issue with the DC PSUs thought, I thought all the drama was just because of the Saturn variant.

Isn’t it the same company manufacturing both pay replacements? Can’t really supply on the DC side while doing the cut and run on the Saturn front...

Let's say we can manufacture them for cheap, I personally have no clue on how a PSU should behave to have a safe current in the Saturn.

I remember the DC PSU has no fuse so I'd worry doing this without a stress test.

Well, if we get the files to make some, maybe we can get some of the pros look into them and make sure they are good to use. I’m still in contact with a few guys that used to engineer/design psu, maybe I can have them take a look at it.

Blah, how about we give our dough to the Pico PSU guys?

acblunden2 said:
Blah, how about we give our dough to the Pico PSU guys?
Click to expand...

I've got the DreamPSU and my plan was to have a powerbrick with a splitter cable so I could power multiple consoles (not at the same time). So I'd really prefer this solution, hope at least the files will be released

nonosto said:
I am waiting since septmber 2018...I will ask refund.
Click to expand...

January 2018 here.. and you won't get a refund anymore.. read the latest update.

Also backed in Jan 18 here for two PSUs. I'm quite disappointed to hear some of the comments and flak he has been copping from enthusiasts, sure it's all gone tits up and everyone has lost out but I don't think the DC PSU was a means to build market confidence to rip people off on a replacement saturn one.

As said hopefully he releases the files to make your own, if he genuinely calls it quits on this and is unable to refund then in good faith should totally release the files.
Last edited: Jun 20, 2019

Unfortunately, it sometimes happens...I hope for him he will find a solution, and for us....but it's nerve-wracking when one guy try to make something and dont succes due to stupid guy or stoler....

I’m not a backer, but reading a couple of his updates on the campaign shows that he’s been through the ringer with all that’s gone on in both his personal life and with the manufacturer in China. It truly does suck for everyone but these are the hurdles as a backer of a campaign.

I honestly feel bad and have empathy for the dude, as would anyone who’s suffered from mental illness or been around someone who has. Those who haven’t may not be able to read between the lines or continue throwing shit his way. Which is the last thing anyone should be doing.

The fact he’s giving updates is a positive thing, and maybe (hopefully) someone with experience or connections can maybe help step in to help the guy out. Enough metro-retro-electro YouTube “celebrities” out there who could put out a good word instead of being the TMZ of scanlines.

I don't feel like accusing him, it's a very complicated situation. We all know he has been scammed no objection on that, we are in right to feel as bitter as he is. We also invested and lost.

I've read he spent part of the money on other parts he has in his stock than what the chinese manufacturer took.

That means a part of our money has been spent on parts he has right now.

Why not using them to complete the project and minimize the loss ?

I'm curious how much out of 100 bucks he spent with this chinese scammer.

Let's say hypothetically that we forget what that chinese manufacturer took. And suppose it makes 50% of the initial fund.

This would mean there's still 50 bucks from 100 in parts invested.

I would prefer to give him another 50 bucks boost, and save those 50 bucks to avoid the waste of what is already bought with our money, if he's sure of what he needs to finish the project and if he manages this with a trusted supplier.

Now there's the mental illness message, I can understand this, and have empathy, but I find this confusing inside the campaign annoucements, I don't know how to interpret that.

Reliability in project management is also based on good health, if he's not able to continue it's better to say it clearly.

There are no problems only solutions. The first solution I see is to say there's a big lost part and ask for people who want to continue to fund more, but losing all the rest of the money seem a bit too much to me to understand. Second solution would be passing the project to someone else and start where it has stopped.

Even the refund process is quite unusual, why refunding 100% of the first guys and lose all the rest of the money ? Isn't that quite a predictable suicide ?

I don't get it completely, I think it's hard to be in his place but some things in terms of management don't make too much sense to me. A bit too emotional. I know it's easier to criticize than doing projects but criticism could help to go ahead.

Short version : if he still has parts it's better to use them than wasting them, and I prefer him to stay involved and help him with more money and encourage him, if he feels like retiring because he's sick, no use to involve him anymore, he can send us the parts and someone could take over the project while he takes care of his health because that's the first priority for everyone.
Last edited: Jun 20, 2019

Maybe, this solution (@citrus3000psi) will be good for Dreamcast too, if another batch of DreamPSU ode's will remain unreleased
Last edited: Jun 21, 2019
You must log in or register to reply here.
Menu
Log in
Register
Install the app
Top