Hello AP! Sold a couple of things here before, but I've been contemplating listing a bunch of stuff that's kinda just been collecting dust since last year and I figured the only way it's gonna move is if I actually post it instead of just thinking about it lol. Thread is titled the way it is so If I want to update this with more stuff later on, remove/hide stuff as it sells, etc, it's not really a one-off for-sale post. Will gradually post pictures- there's a lot of stuff, so I'll need some time still. If something has sat listed for a while and no pictures pop up, just reach out if you're interested. In the writing of this thread, I've already had to come back a few times and add things I keep forgetting about lol. I'll talk about some stuff "per section"- tl;dr got a (Temp controlled) storage unit worth of stuff I've moved around with and I wanna take some more chunks out of. Will explain details and such as I post things.

All prices are shipped within the US- not opposed to international, but we'll have to discuss the additional cost. Some items I will not ship at all; namely larger items/crts. Please do not try to convince me otherwise if I have stated I will not ship certain items. Some of those larger things I may be willing to load up and "meet in the middle" for a little extra to lessen the drive, especially if you're getting multiple things. Speaking of which, I'm more than up for working out deals; especially bundles. Not an open invitation to downplay my prices and take every opportunity to haggle over a single game, but if you're a serious buyer then I'll respect your wallet as much as you respect my time

paypal please- even on the local-pickup items.

Asking $450 $400. Picked this up like...2(?) years ago to eventually convert to a splatterhouse since completing the console set, but just never got around to it. Nowadays I'm more than happy to just play splat through the jammaizer, and I honestly like the series so much that if I ever want a "real" splat one day, I'll just shell out for an OG board. The rest of the NS1 library doesn't do much for me, so someone else will be much happier making this into a multi than I would be. There's a little nub on the jamma edge, and could probably use a little simple-greening, but it still plays like a champ. Camera/lighting also makes the stickers look a fair bit more yellow than they are in person, though I guess for most folks that won't matter if their plans are to multi it. 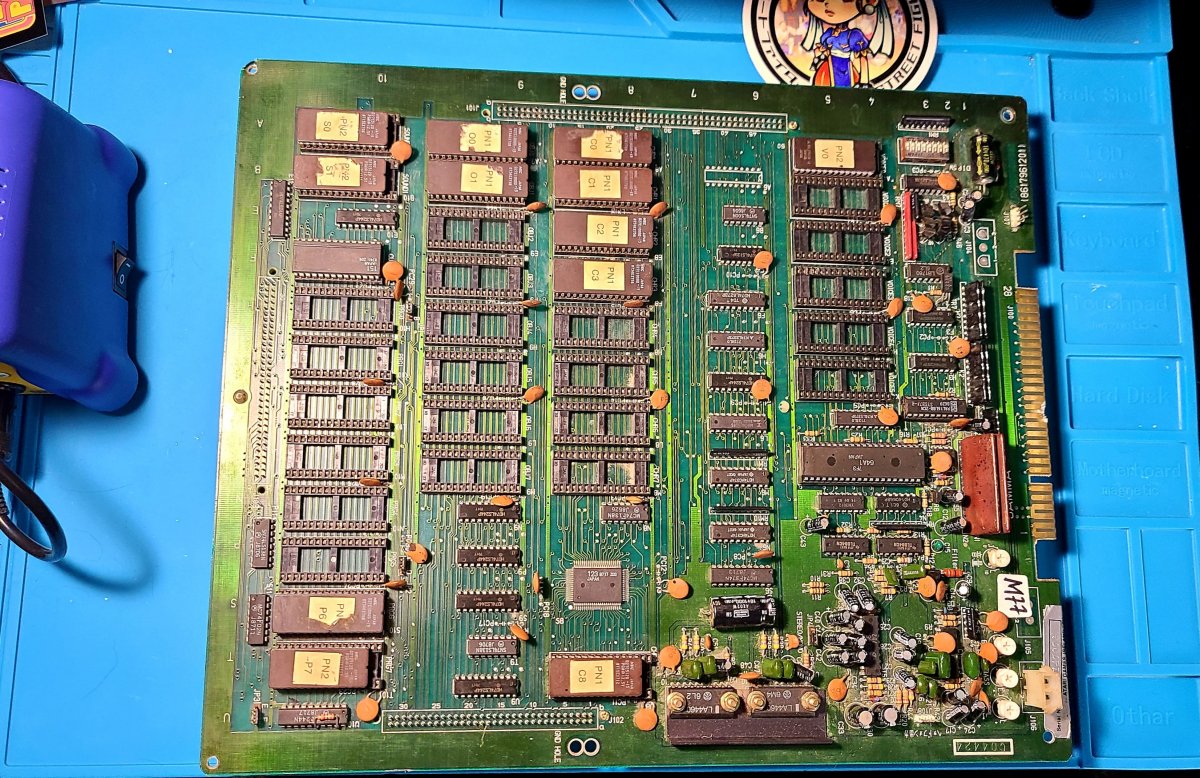 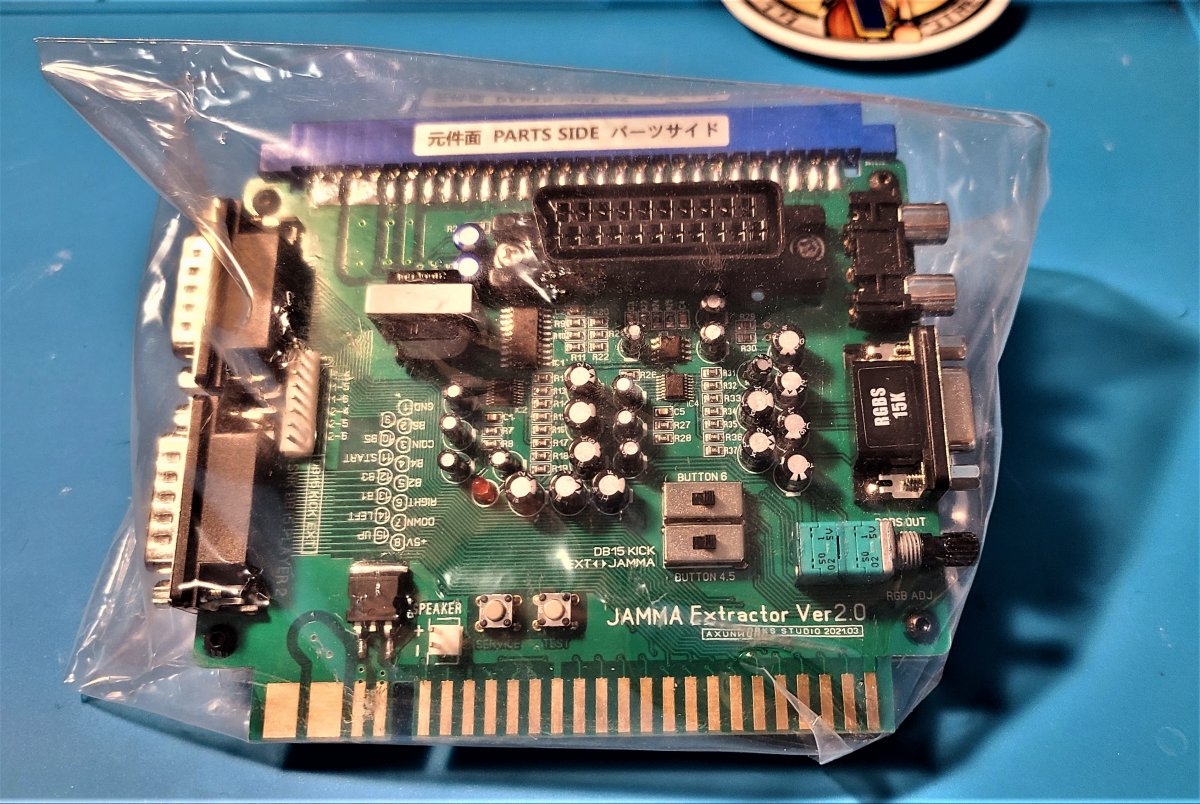 Asking $50. Accidentally ordered a second set for a forever-ago project and just never used it lol. I think this is like less than half of what I paid? Also have a VS SMB and a smaller VS excitebike marquee that I picked up on some travels I also don't need; lmk if you want them if you buy the sideart and I'll throw them in the same tube.

Asking $75. Basically passing the buck on this. Bought some woody cabs off a guy forever ago and he had this in his spare room. Talked about pins for a while, never really been my thing, offered me this guy for $75. Said it might scratch my pin itch and get me more into it. He was half right. Scratched the itch...just not enough to convince me to spend multiple grand on full tables

Told me he just replaced the rubbers on the flippers before handing it off to me. Sound works, but there's a wire in the backbox that's cut atm keeping the sound off. Will not ship. Absolutely do not trust any shipping service with these or any crt for that matter. Feel free to chat with me about possibly meeting up to lessen the drive on your part for a little extra cost though. Especially if you're up for getting both at the bundle price or if you would like to bundle them with other items

prices based on posts from the big price check thread. 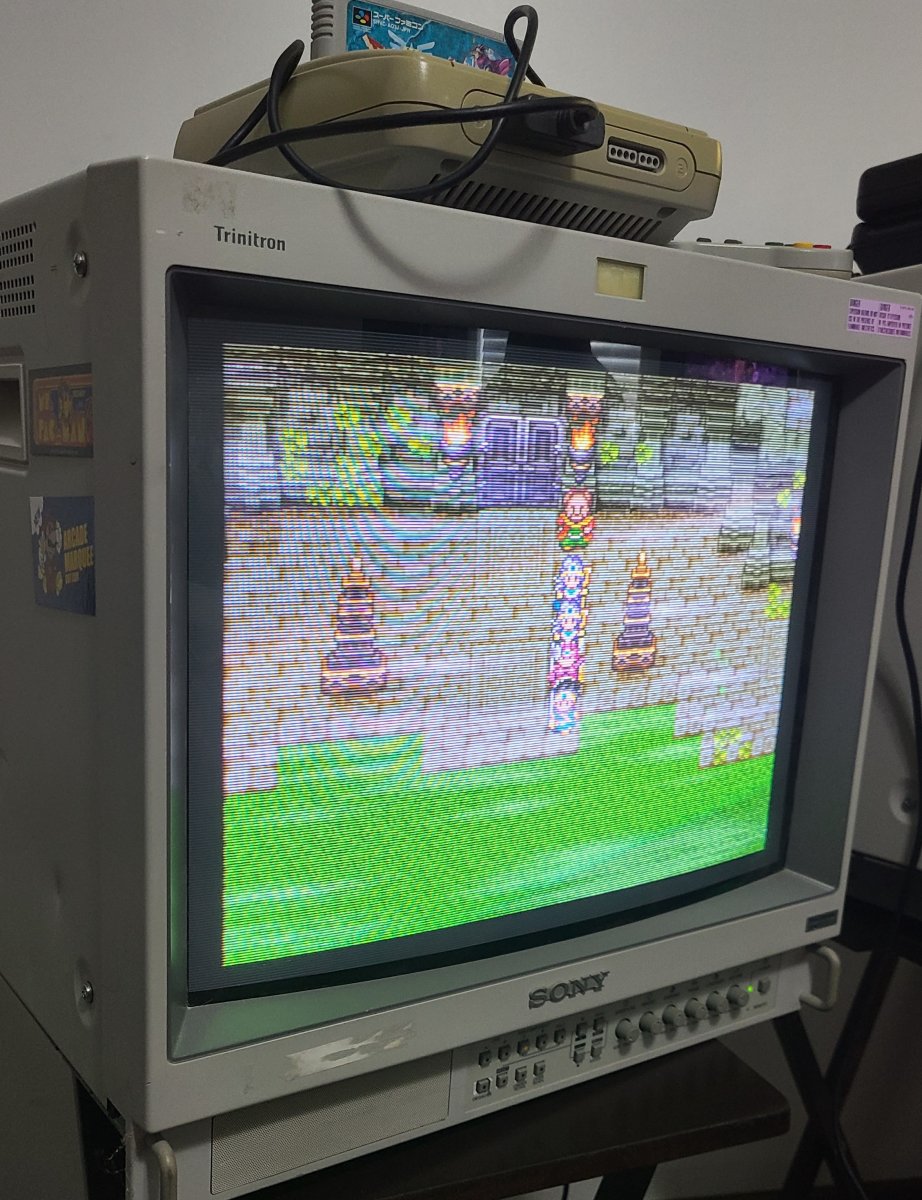 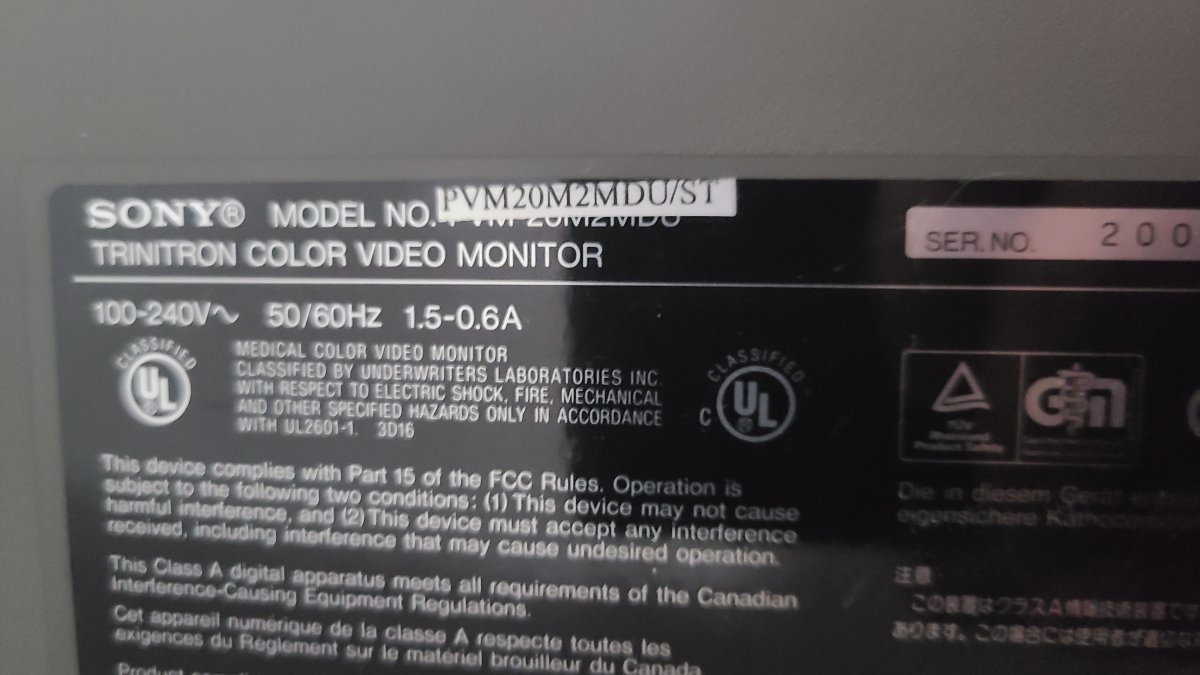 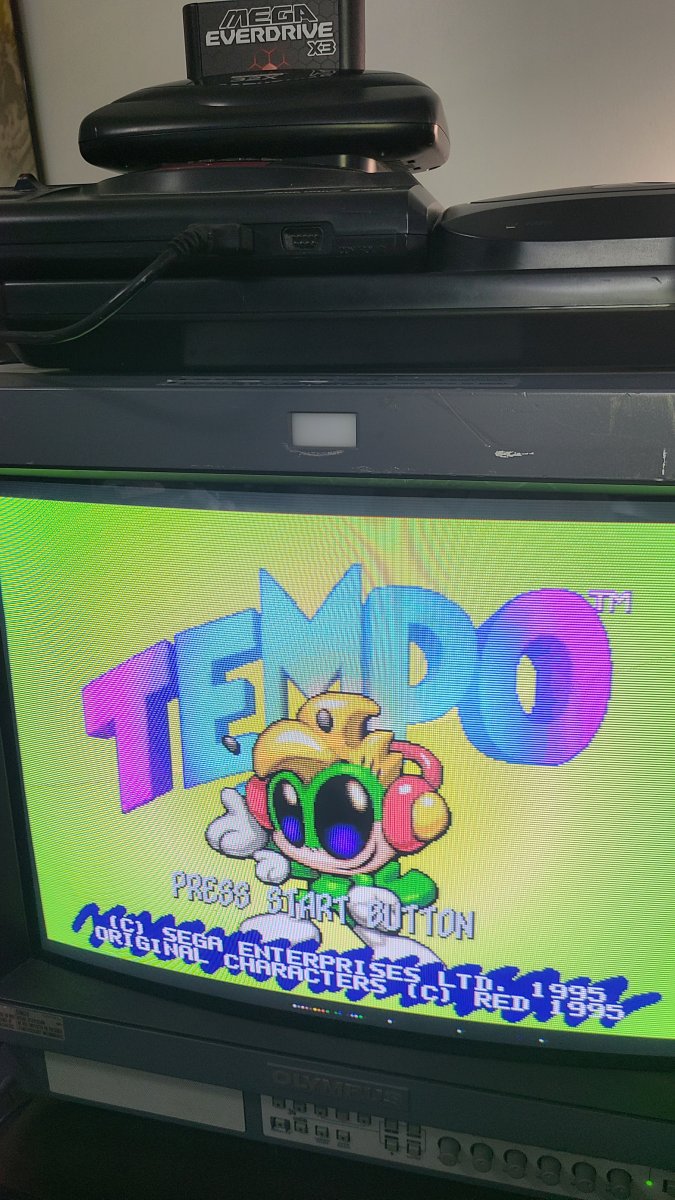 Quick note: "Wow GD, the last bits of your console collection are all higher-end games, kinda WEIRD huh?"
Yeah, that would be really weird! Thing is, yes I do want to sell the higher ticket items I've for some reason held onto, but more importantly, I'm not gonna list every single cart and disc I've got, since I know for a fact it's gonna invite tire-kickers who want me to test every copy of madden 98' and check page 32 of MLB the show on gamecube for quality, then want me to ship (((and drive all the way to the post))) for that ONE GAME lol. I've got a nice chunk of stuff left, so if you're interested in getting a console and some other basic titles not listed, just ask me about it. Please be serious about actually buying something listed first, though. This isn't an open invitation to PM me about MLB the show or madden 98'

Asking $400. Genesis tower with M1 and M2 main units, M2 CD + 32x, Trio power supply, retroaccess M2 RGB cable + M1 to 32x patch cable (with RCA for stereo), AND everdrive. Throwing in the M2 console so that way you can play the master system library through the everdrive with RGB as well. Includes the model 1 metal mounting sheet for the M2 CD. Buy this with a PVM and I'll do $300 and include an OG model 2 console box with boxed and complete pack-in S+K. Buy BOTH PVMs at their regular price and I'll do this whole bundle + the M2 box for $200

helluva lotta games to start your PVM journey with.

Edit: Forgot to mention, I'm including the rest of the 32x stuff I found, plus the pack-in version of Sonic CD. Not pictured since I found it after I packed up the lights and stuff, but I'm also throwing in a model 2 to model 2 patch cable, so if you wanna use the 32x with a model 2 instead of a model 1, you can. 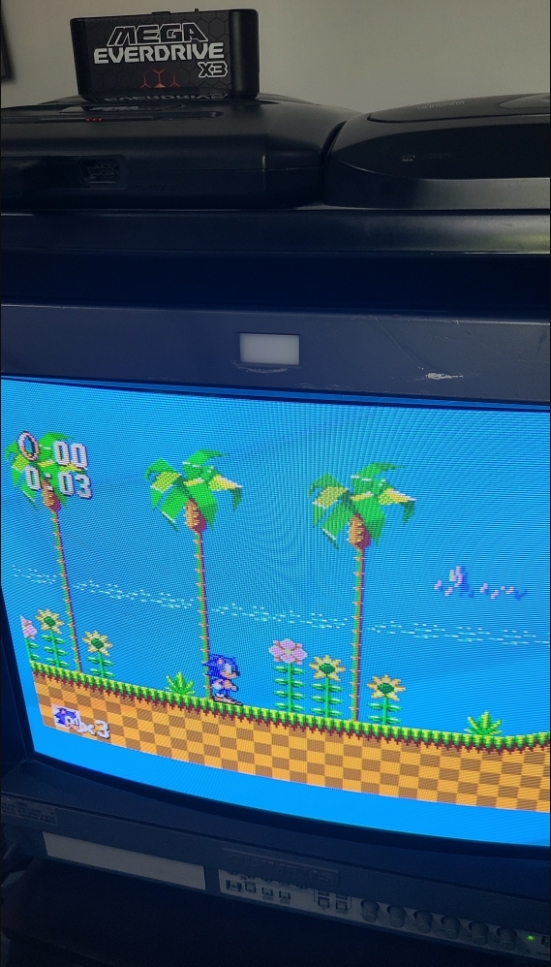 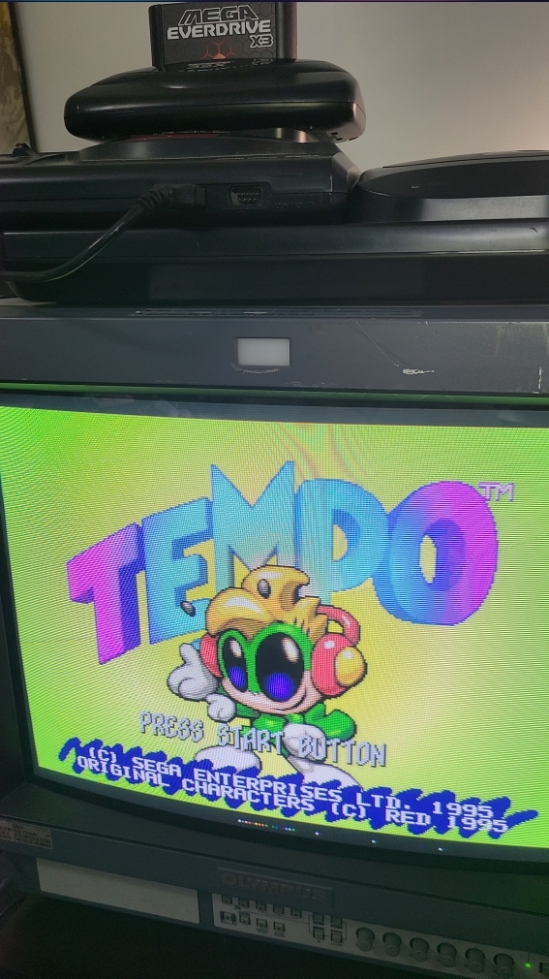 Nes Top Loader: *Sold* (games still available)
Same as thread forward- got some other games and accessories that I'm not listing: four-player adapter, etc. Ask me about some other stuff if you're seriously interested! 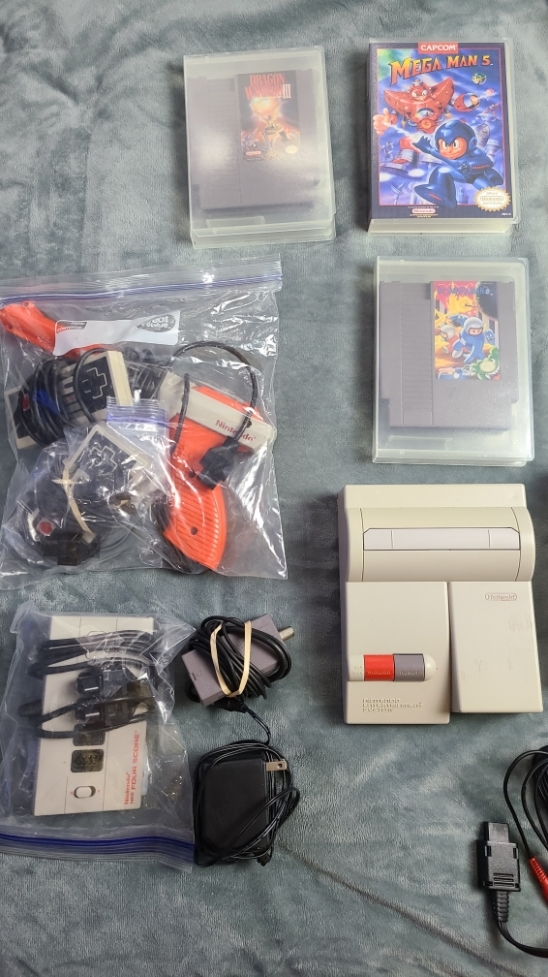 sold prices seem kinda all over the place on these games? Aiming towards the lower end of what I'm seeing; talk to me about getting multiple and more than happy to make even more deals 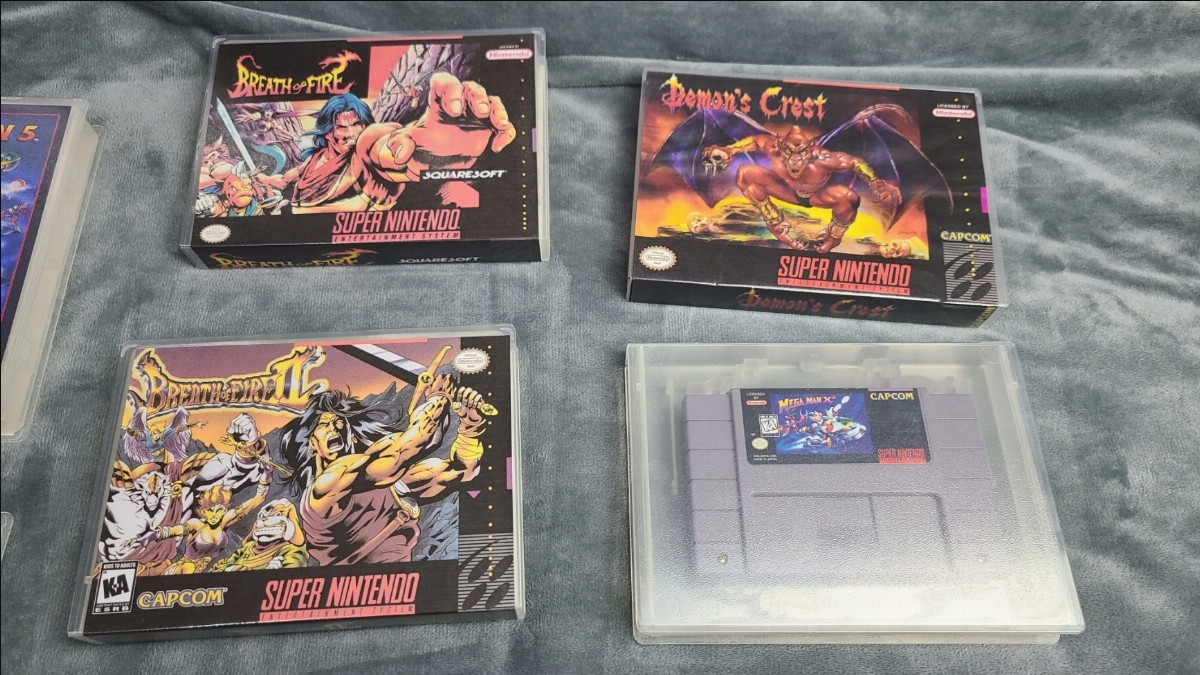 This is legit the only console I love to death and will prob keep most of my stuff for (laughter welcome), but I may pick through some more things I have doubles of or don't much care for.

-Black GameCube with Gameboy Player and GBPlayer startup disc (disc does not have an original case; will include in some 3rd party case on shipping tho). Includes power, AV, controller, and extra original black GC console box (no inserts). Asking $280.

All games complete unless otherwise stated:

I know jack-nothing about PS1/2 and really only picked up some "rare hits" and various collections offloaded by other friends years ago when the opportunities arose, so I'm gonna list some titles I think are probably heavy hitters, but I don't really know enough about the price history of to feel good about an asking price. Just hit me up if you wanna know more or talk about a fair number. Don't really like doing sections of MMAOs, but, I only feel more confident in my ebay-fu for Nintendo stuff since I used to do it for so long.

-Unopened Shin Megami Tensei box with plush. One of the plushes legs has come out of the little plastic holes that keep them upright, but again, the whole thing is unopened, so I haven't bothered to "crack the seal" and stand him back up.
-Mana Khemia box with extras.
-Ar Tenelico box with extras.
-Growlanser generations Complete, but not the big box version. Just the complete game with the extra disc and manual- sold a big box version of this some years ago to a friend that knew way more about this stuff than me.

I will now return to playing Guilty Gear -Strive- on my Windows Operating System Compatible Computer.

Updated with pics of the megadrive bundle and Nes/Snes stuff, as well as pending things since I've gotten a few PMs already.

Forgot to mention about the megadrive bundle: I'm including the rest of the 32x stuff I found, plus the pack-in version of Sonic CD. Not pictured since I found it after I packed up the lights and stuff, but I'm also throwing in a model 2 to model 2 patch cable, so if you wanna use the 32x with a model 2 instead of a model 1, you can.

Forgot to bump on the last edit

Did a big fat bundle with both pvms, extractor, supergun and a cps3 setup.

Little price cut on pacmania too