The custom IC comes in a plastic DIP42 package : 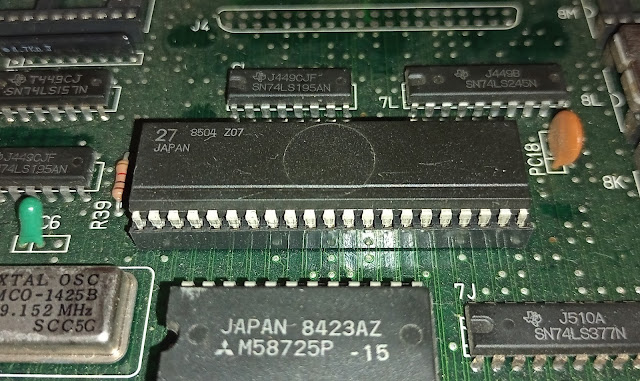 As for its functionality, the chip acts as a clock divider : 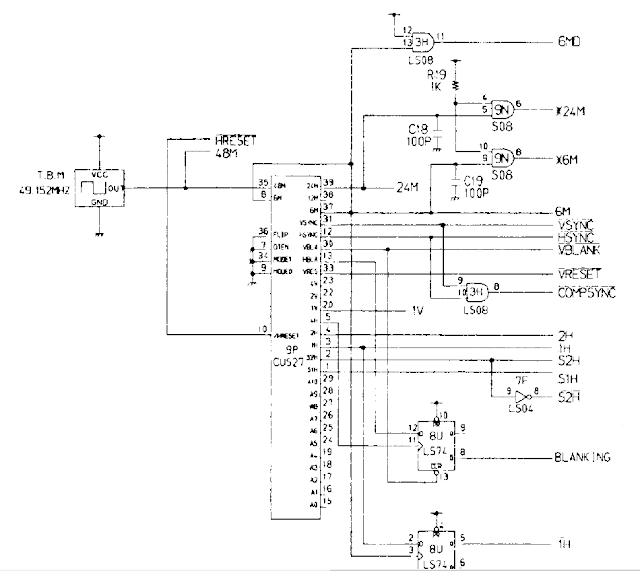 The journey towards the reproduction of this custom IC actually started some years ago when John Bennett from UKvAc forums made some preliminary work, you can read more here :

Then we had a cooperation together, he made some progress so I designed a proper replacement which worked only on Rolling Thunder PCB :


After that time the project halted due to lack of time and motivation.This state perdured until some months ago when I found that the chip had been decapped so I contacted 'Furrtek' for some help.He traced the silicon die of the chip from picture identifying all the cells and then drawing schematics.In this way he figured out the full functionality of the chip, in particular he found that the chip can have different modes.At this point, after the hardest part was done, I came in and designed another replacement board : 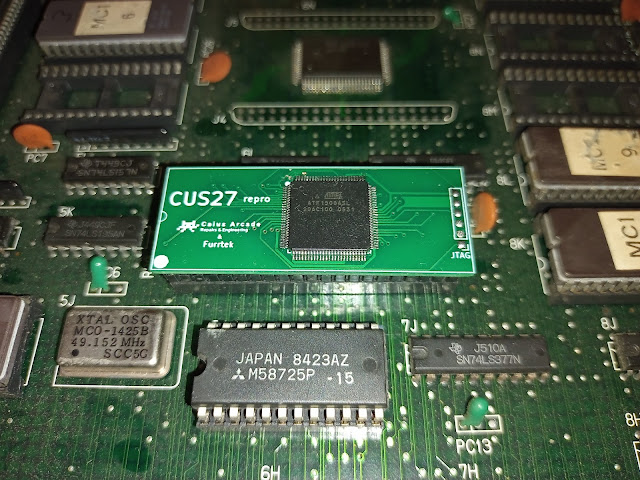 The testing was successful on all PCBs I could try :


Thanks again to John Bennett for the initial work and 'Furrtek' for the completion, without them we would not have now a replacement of the Namco 'CUS27'.
Last edited: Jul 3, 2022
G

Wonderful work.
Do you also manage to replicate CUS48?

glstar said:
Do you also manage to replicate CUS48?
Click to expand...

Let me know if/when you do this.
I need it ro rescue my rolling thunder pcb
M

Does your findings help improve the mame emulation/mister implementation?

This one has been a long time in development! Excellent it's finally finished

Amazing work as always!!
You must log in or register to reply here.
Menu
Log in
Register
Install the app
Top