I just wanted to share the outcome of my latest project: NES2JAMMA

First let me tell you that I'm not a big fan of putting game consoles in arcade cabinets. But playing NES games in front of an arcade cabinet is not that weird because of Playchoice 10 systems.

I know there are similar projects (not so many though) floating around the internet but never had a clear schematics or detailed info regarding how it works etc. So I decided to share the information so that anybody willing to do it could save time on reading lots of datasheets and choosing the right IC. I do not say that it is the perfect design (I'm sure many improvements can be made) but the outcome is quite satisfactory and playing an NES with arcade controls infront of an arcade cabinet is fun 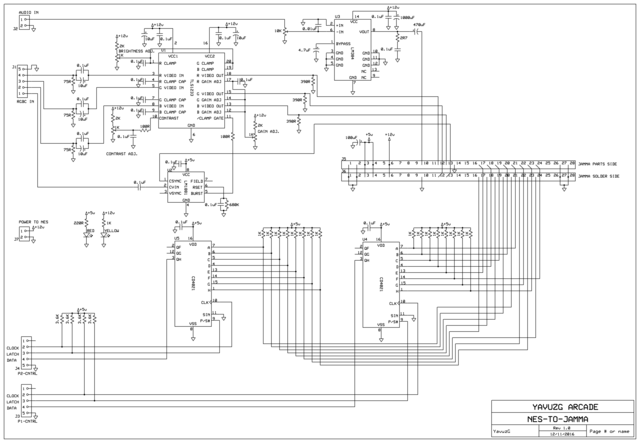 And this is the PCB I've made based on the above schematic. 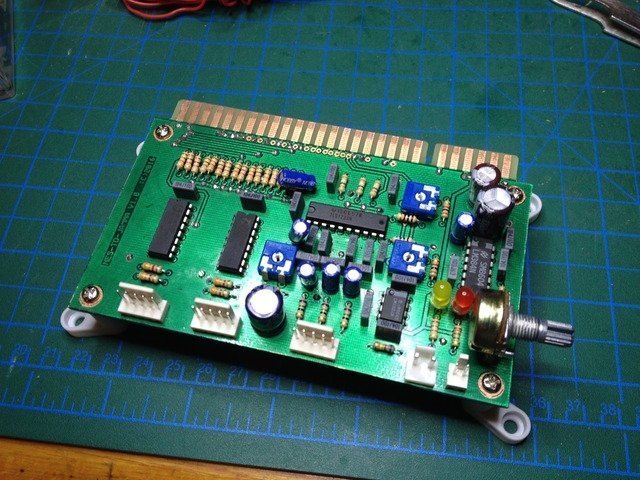 For this to work you need an NES console which can output RGB video. Alternatives are:

1) French NES: French NES consoles output RGB over SCART. It is actually the Composite Video decoded and separated into its R G B components not a PPU generated native RGB but quality is OK.
2) RGB Modded NES: You have two options here. You can either mod your NES with a PC10 PPU or mod it with a NESRGB kit (which I did) without sacrificing an arcade system.

I've tested both (French NES, NESRGB modded NTSC NES) and am quite happy with the results... 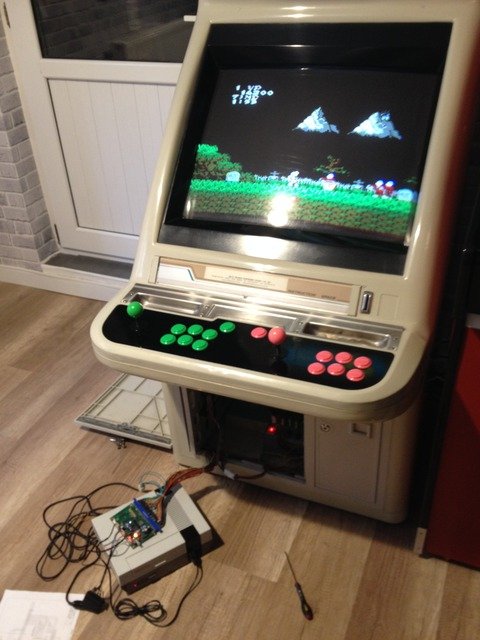 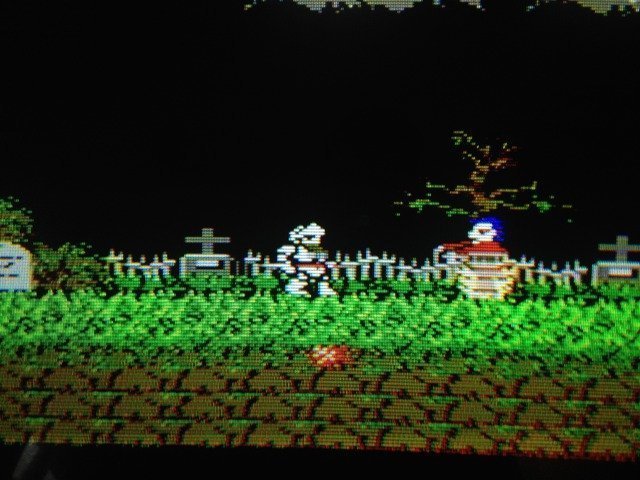 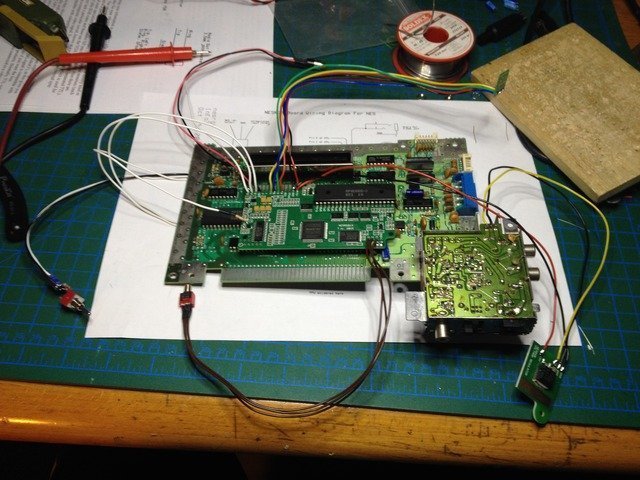 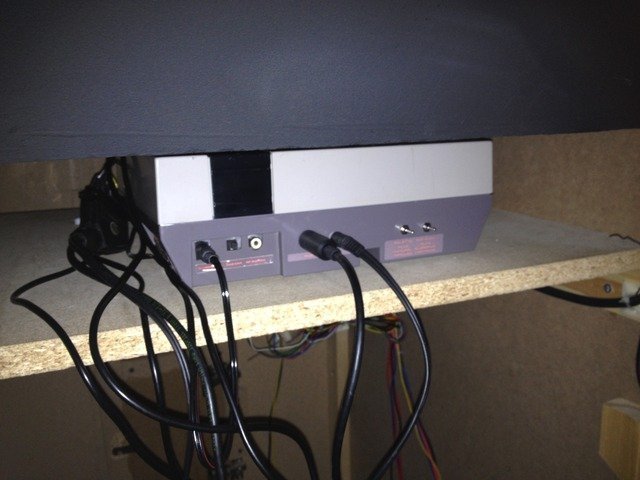 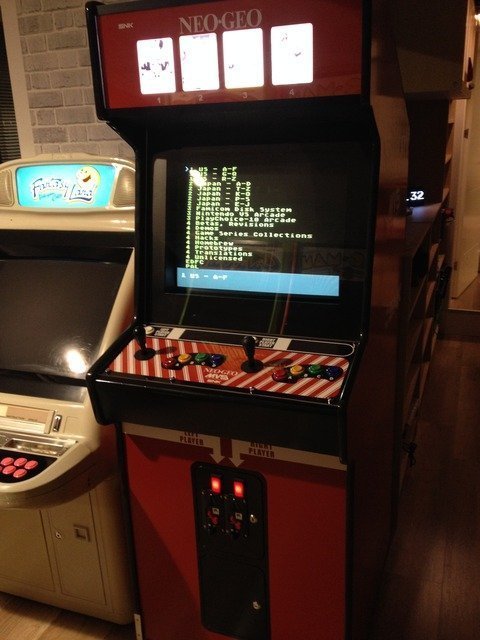 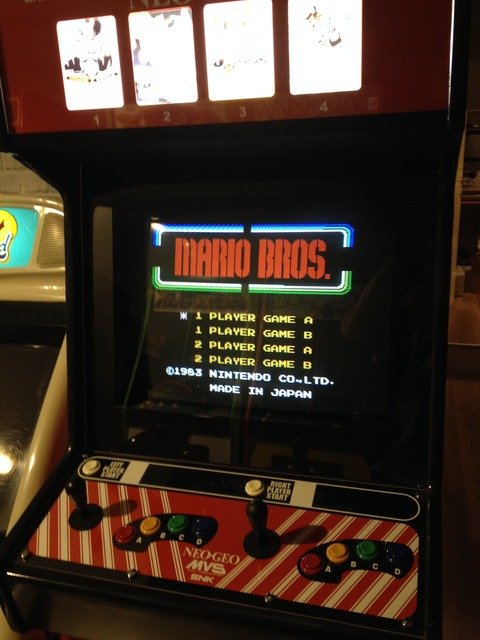 You can also play VS games on this system. Thanks to Krikzz Everdrive N8 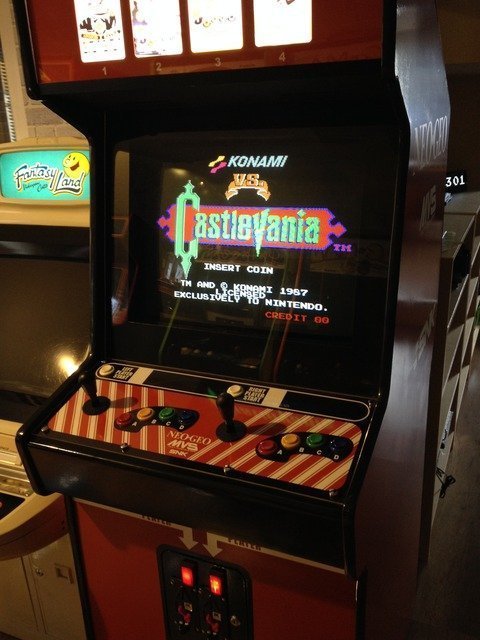 I love these projects! good job

"And this is the PCB I've made based on the above schematic." When are you bringing this to the masses? where is the pre-order line?

I'm in for one on the pre-order

SNK-NEO-GEO said:
"And this is the PCB I've made based on the above schematic." When are you bringing this to the masses? where is the pre-order line?

never thought to mass produce this

I make my prototype PCBs at home. Sometimes I make, say 4-8 just to share with my friends but since this PCB is big, I only made two. I even hand soldered the vias (the holes connecting bottom and top layer of the PCB) since I do not have the through hole copper plating capability at home

BTW, here is the link to the youtube video. There you can see and hear (although the volume is too low and muffled) the circuit in action.

Huh. Missed this on the first goaround. Would definitely be interested in a PCB file I could send out for production. Might use this to make a Vs Castlevania repro cabinet some day, god knows I have enough NESes hanging around...
You must log in or register to reply here.
Menu
Log in
Register
Install the app
Top