So I was getting ready to print a tray for a friend of mine and looking at the model decided to make some slight improvements before I printed. Well after a few tweaks I decided to start from scratch and design a whole new tray. 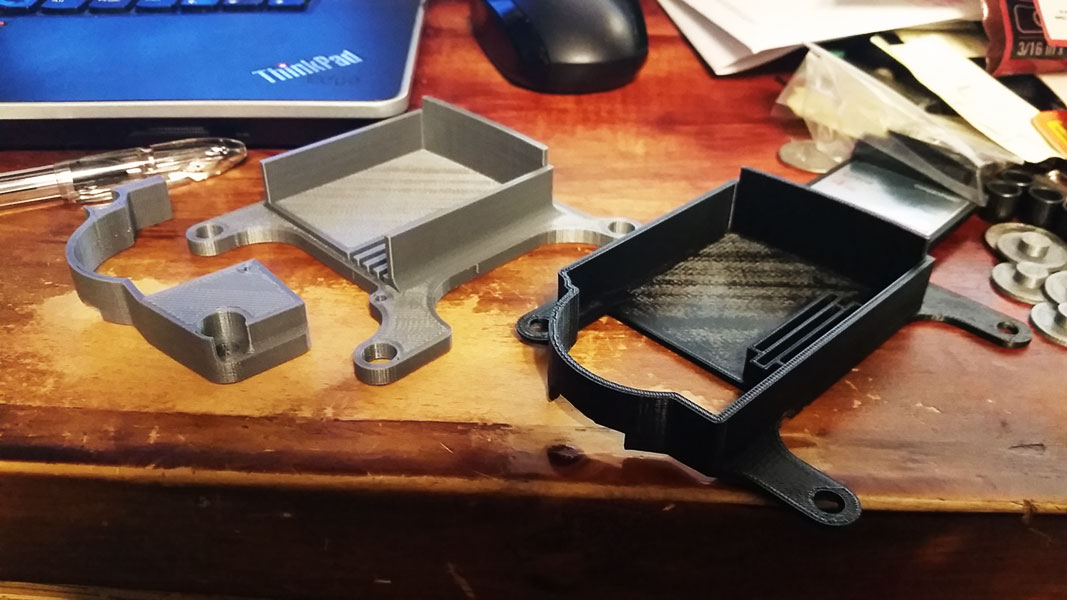 Version 2 on the left and version 1 on the right.

here are the differences:
1. The biggest improvement with this is that the holes for the posts are enlarged so it seats all the way at the flat spot on the post rather than mid-way up the taper. The old design was problematic with for some as it seems the taper angle varied slightly with different model Saturns and variations in different printers led to some trays sitting really low with a gap against the top of the Saturn case, and others sitting high meaning the case lid pushed up against the tray and flexed out slightly once assembled. The new design takes the taper out of the equation completely and avoids that issue.

2. since the tray sits deeper in the console while holding the Rhea/Phoebe at the original height I was able to recess the card holders into the case similar to how they are on the GDEMU tray for a much cleaner look, I also adjusted the spacing so they're easier to grab without being staggered.

3. Another big improvement is that the tray is separated into two halves which means that the Rhea/Phoebe gets clamped down on both sides once assembled, I've even added a screw hole if you want to mechanically sandwich all of them together, though it's not needed as I was unable to wiggle the PCB at all. While Version 1 did help a lot with the PCB stability over the original plastic stand-offs version 2 makes substantial improvement over version 1.

4. The last big improvement is in ease of printing. Because it's two separate parts now there are less overhangs. Anyone who had printed a version 1probably had trouble getting a clean print of the section that sits over the PCB due to needing a large wide support structure. The bottom part of version 2 needs no supports, and the top part only needs a small support in the center for the pcb component cut-out (it may be possible to print this part upside down with no supports at all but I haven't tested it).

5. There are a couple of down-sides this uses a lot more material and as a result will take a lot longer to print as well (I'm seeing about 2.5 hours for the lower part and 1 hour for the upper part).

I'm running through some fine-tuning prints right now before I release the files, but I wanted to give a heads-up to anyone who may be getting ready to print v1 so that they can decide if they'd like to wait for the v2 files first. (I expect to have this dialed in within the next day or two... happy new year

DOWNLOAD THE FILES TO PRINT YOUR OWN HERE: http://www.thingiverse.com/thing:2010525

I've got a lot of requests since I started releasing files to offer printing services to the community, I've seen a lot of really nice quality prints by a lot of people, but I've also seen a few people charging for prints that are really pretty shit quality; and it breaks my heart to see that. So I'm strongly considering opening up shop to offer a printing service for these.

My biggest hesitation to doing this in the past has been that with my work schedule it can sometimes take 2+ days to get a print done and if I received several orders I wouldn't be able to get things printed and shipped in a timely manor, and then on top of that it'd be harder for me to work on prototyping new projects. So what I'll be doing is printing up some stock and then only selling what I have stocked. that way I can build up stock on the weekends and only worry about making shipments during the week. These new trays will likely be the first times I print stock of, to try this out and it will likely be another week or two before I open for orders, I need to get some new material in and figure out pricing.

Everything I design I'll still offer the files for free, that wont change

Can't wait to see what it looks like installed.

I posted this pic on IG earlier:

Very nice adjustments. I'm happy with my V1 print, so will stick with that, but this looks even better.

I can't find anyone close to me offering reasonable prices... Some of them want to charge me more than the price of the rhea plus the Saturn together, lol.

deibit said:
I can't find anyone close to me offering reasonable prices... Some of them want to charge me more than the price of the rhea plus the Saturn together, lol.

Exactly the same with me. I'm super interested in both.

You're doing the right thing by saving up stock, then opening for sale. Hopefully I can get in!

deibit said:
I can't find anyone close to me offering reasonable prices...
Click to expand...

out of curiousity what prices have you been quoted? it'd be nice to have some basis for comparison

i got quotes over 100€ at local printshops.. didnt look on internet shops, maybe I should do that

deibit said:
i got quotes over 100€ at local printshops.. didnt look on internet shops, maybe I should do that

is it April 1st already? I though the year just started. Is that the "you didn't price check online so we will make one up, price?"

I just thought I could get a better price with local shops.

I just checked online and its 50€

Sounds better but I still don't know if that's a fair price (sound still high to me), it's more than what I paid for the Saturn for example

But maybe it's just that 3dprinting is expensive.. I can't know because that's compleley new to me

just sounds crazy high, like the local shop made up a price. I guess it's printer cost per hour thing. But I've seen much larger 3d printed stuff on ebay for far cheaper.

oh, maybe there are people on ebay that sell printed stuff you could ask them to print it for you?

Yeah, that all sounds pretty crazy, but I guess they have to account for printing time, the material used is an almost inconsequential price. Try to find someone local, or maybe a hackerspace?

Jason NEED! My V1 has the small gap at the top.

I'll probably need one for the GDEmu and one for Rhea, but shipping will be very high to EU

I'm planning on offering these in Black and Silver to match the most common case colors. Are there any other colors that I should stock up on? 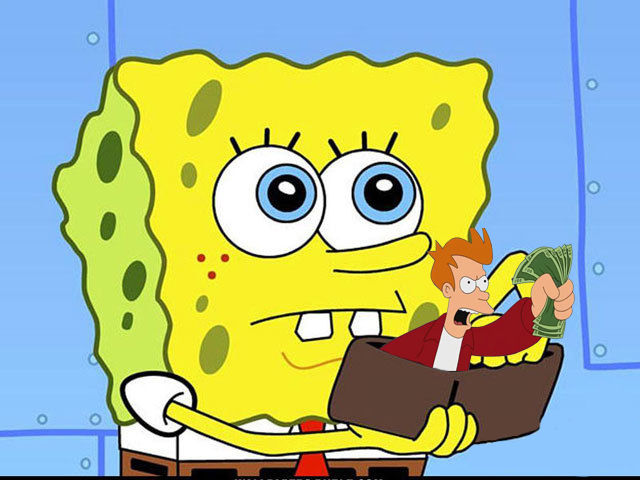 Perfection. Thanks for making these available, twistedsymphony!

White Filament finally arrived (still waiting on black) so I'll do a few Rhea Trays in white then knock out a bunch of GD-EMU trays in white.

Has anyone printed one of these for themselves yet? I'm curious how well the fitment is on other consoles.
You must log in or register to reply here.
Menu
Log in
Register
Install the app
Top