The 'SEI80BU' (silkscreened on PCB as 'SEI0080BU' or simply '80') is a custom chip found on some Seibu Kaihatsu arcade PCBs like Toki, Cabal, Dynamite Duke, Raiden (encrypted version) and few others.

It comes in a SDIP42 package : 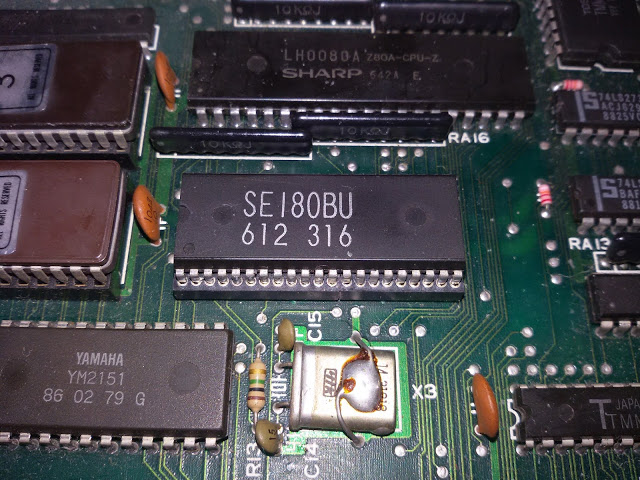 MAME emulates the 'SEI80BU' defining it as 'Encrypted Z80 Interface'.Anyway, the first thing to do when reproducing a chip is obtaining the pinout and, possibly, the direction of each pin.No other info were available so first of all I traced the connections of the chip on my PCBs and figured out it does more, acting as a clock divider too.Doing some prototyping on breadboard I was able to reproduce these functions quite easily.

Anyway, as said, the main role of the 'SEI80BU' is to provide a decryption engine of Z80 sound CPU code (performing some data bits swap)

I don't have high programming skills (I'm mainly an hardware guy) so I asked my friend 'uchopon' (a skilled coder with a huge knowledge of arcade hardware) for some help.After few time he provided code of the encryption engine to be programmed in a complex programmable logic.I routed a board in which I implemented both the decryption engine (embedded in a small CPLD) and the clock dividing circuit.This was the result : 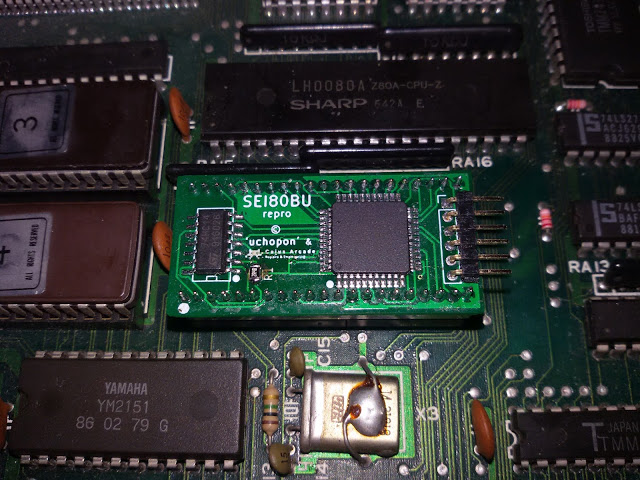 Usually CPLD based replacements need to be tweaked because of timing incompatibility with the hosting hardware but in this case I was really surprised the reproduction worked perfectly on first try!


Here's testing on my Cabal and Toki PCBs:


Another custom IC preserved.Thanks again to my friend 'uchopon' for his invaluable help!
Last edited: Apr 30, 2021