Since the subforum is 'Jamma and pre-Jamma', maybe that's where we should draw the line? Otherwise you can add stuff like MaiMai, IIDX and all sorts of other junk to the list.


JoeAwesome said:
nem, how did you wire the Hoops harness? Do you know the AUX connector so I can make my own (or ask to be made

I'm not sure what the official connector is. I'm guessing it's JST RA, but I could be wrong.

This said, it is standard 2.54mm pitch, so you don't have to use the official connector. Personally, I just quickfired a makeshift harness with Dupont connectors. You could use Dupont, JST RA, or even any 50-pin IDC ribbon cable and just hack off the end.

I added 'optional' before unique to drive across the point that all the games can be played with one screen, but have additional elements if you wire them up to a second screen. That was my (somewhat badly worded) original intent of the thread. I then deleted a ton of games from the list. Stuff like Darius is super cool, but the second and third screens aren't optional at all. There's a list for them, but this isn't it

Anyone want to contest any of the games on the list or can think of others that belong on it? I tried a few of them on Mame. Touch And Go definitely belongs on the list, it works exactly like Hoops.
B

anybody up for a couple harnesses? I have a few of these that would be great done up.

So Recently I was adding some MAME games to a TTX2 multi and had an epiphany... a wide-screen LCD monitor in a vewlix makes for a good excuse to setup multi-monitor games.

So in addition to the games already listed in this thread I started working out other games (namely those that use joystick/buttons) that produce a wide image through multiple monitors.

Anyone have anything else that should be on this list?

It's a real shame there's no option for character selection in the dual-monitor X-Men variant.
Last edited: May 25, 2021

MetalliC said:
it depends which kinds of gaming machines you think should to be in the list...
Click to expand...

I thought the delineation was pretty clear:

twistedsymphony said:
games (namely those that use joystick/buttons) that produce a wide image through multiple monitors.
Click to expand...

Thanks for the tip on the MAMEUI-inifiles pack, I forgot about that!

I'll be damned but i forgot the name, there's a belt-scrolling double dragon type game, that has two actual jamma connectors for dual monitor 4-player support. Not sure, but i think it was from V-System? Kaneko? I cannot find it with these terms on-line..

Karate Blazers? that's the only dual JAMMA edge beat'em up I can think of. but it doesn't have a double wide screen, it's just got the same video feed on both screens.

Hydreigon said:
Wartran Troopers, Lethal Enforcers 3 and Gundam Spirits of Zeon, all running on PC based hardware, make use of the two video card ports in "multi-monitor" mode configured by the computer.
Click to expand...


This also reminds me of Primeval Hunt on Lindbergh, which uses the second video out on a touch screen display for the game map.

The manual for Lethal Enforcers 3 verifies this. The video card itself has a VGA and DVI video port with the DVI port consisting of a DVI to VGA adapter. Alternatively, one could use a basic DVI to VGA cable without the need for an adapter. Gundam Spirits of Zeon's executable opens some super wide screen application most likely for running both player sides. There exist hacked versions of said executable that only run one player.

Come to think of it, there are more examples of PC arcade hardware that are multi monitor (and one of the more common examples of this is Lane Master).

Interesting. I've been trying to get a Spirits of Zeon board to run for use on my Light gun setup... (having issues with what I believe is an incorrect video card). would be cool if I could get both player screens to apear on a single wide-screen display. 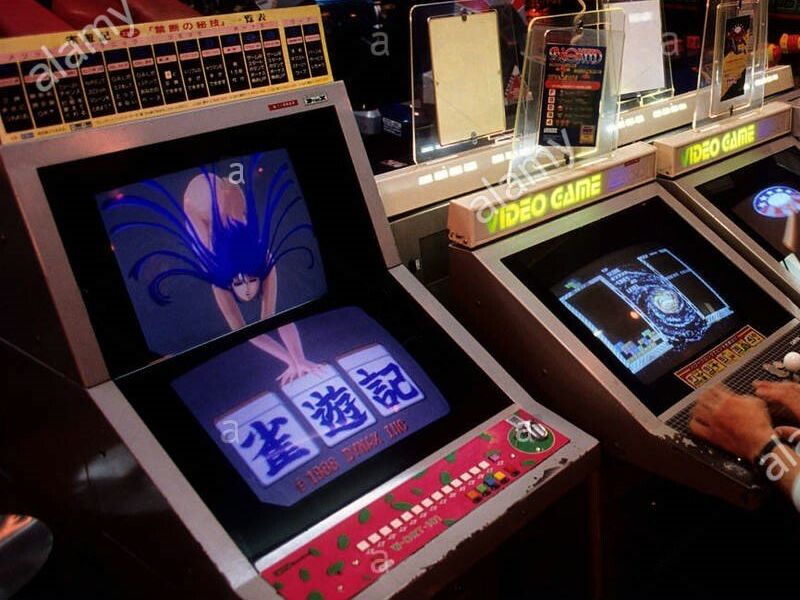 Very cool.
Last edited: Sep 17, 2021
You must log in or register to reply here.
Menu
Log in
Register
Install the app
Top