I always wanted a Monkey Ball Panel but they are quite expensive and hard to find.

A while ago I stumbled uppon these on YAJ: 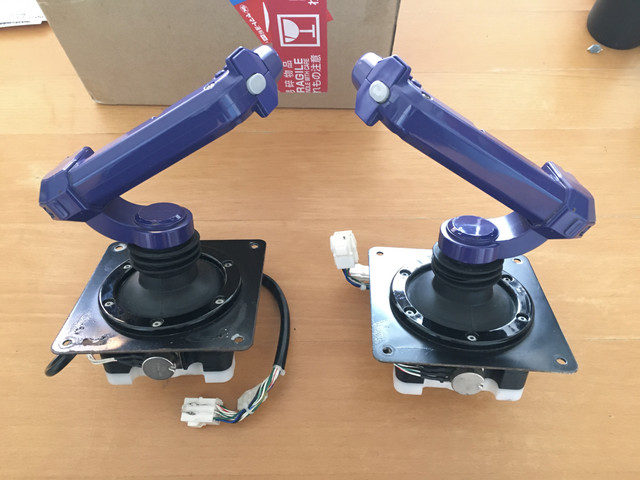 the joystick itself is the same Sanwa base as the Monkey Ball stick. Only difference is a shorter and thicker shaft.

A friend was kind enought to lend me his Monkey Ball panel to do some measuring and checking. 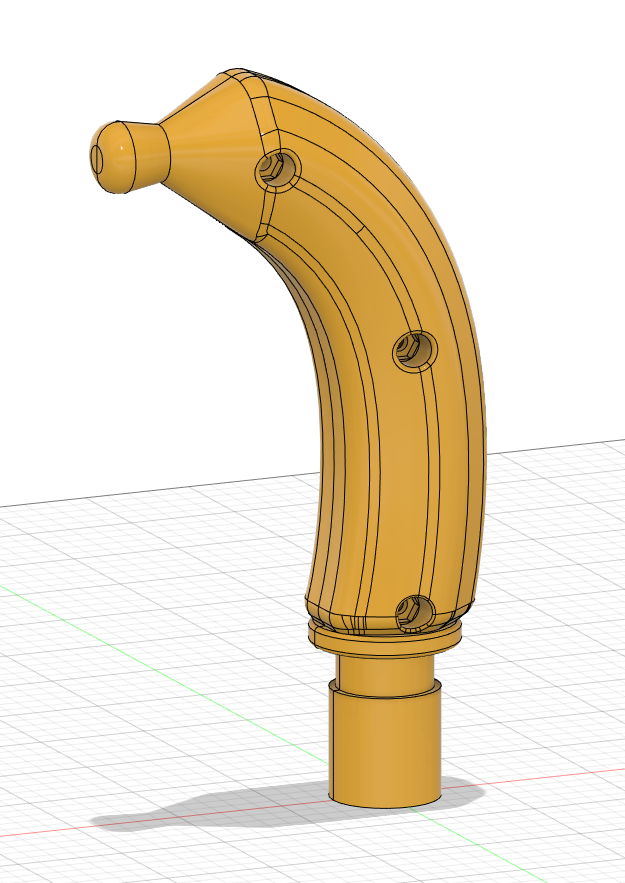 Split it into two halves and started printing 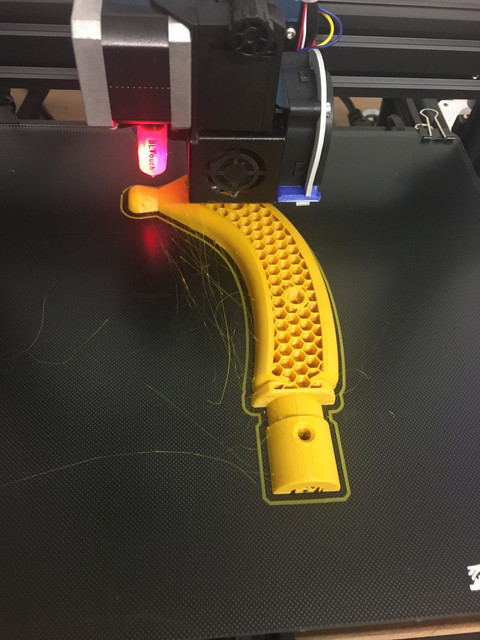 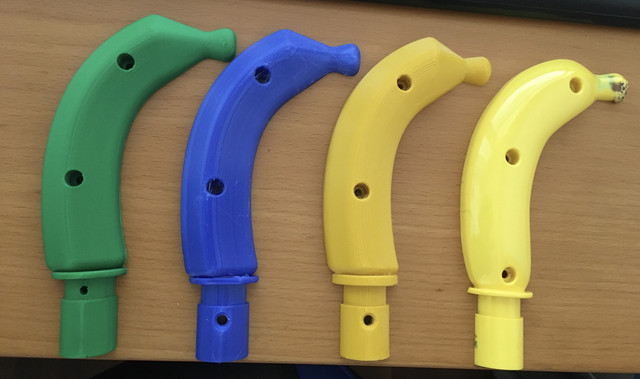 Looks nice on his panel but I could not keep it. 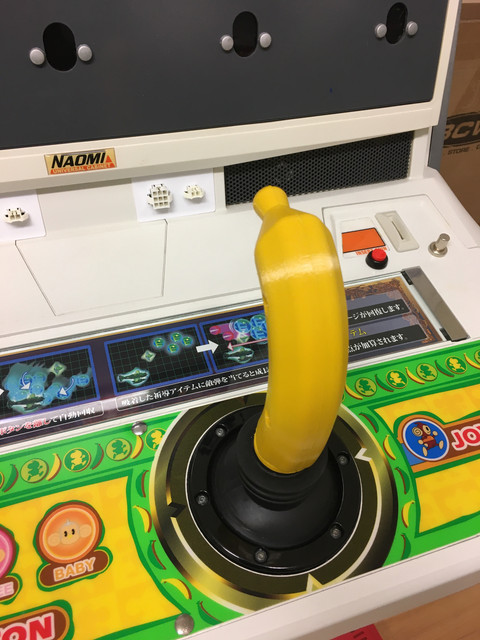 Whilst I was waiting for the panel, I did some work on the stick. Painted the banana, adapted the mounting plate and made a custom harness to connect the stick to my NUC with the same pinout as the original stick 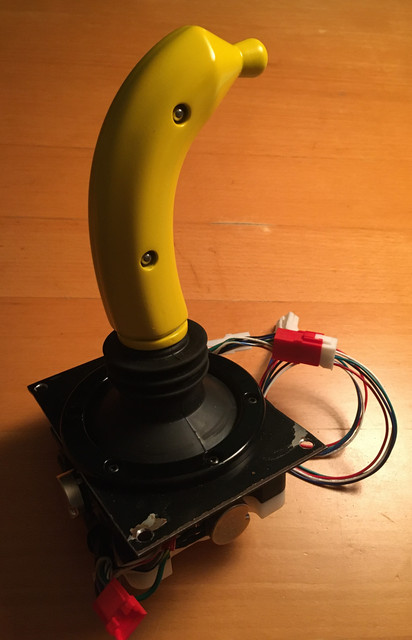 Once the panel came in, I put everything together and hooked it up. The whole setup works great and I am super happy with it. The only thing missing is the CPO which I still have to finish. 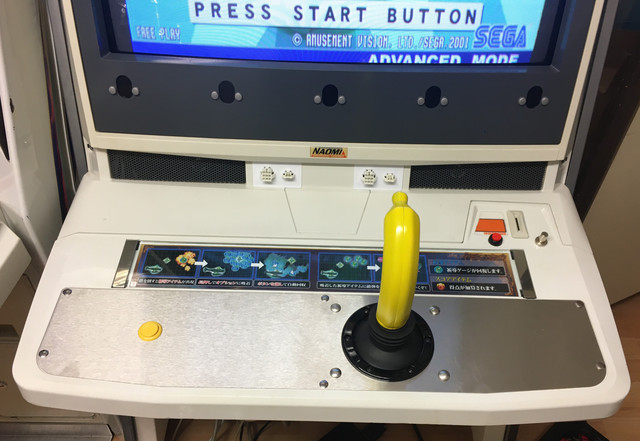 On a side note. The original panel has a pot amp on it. Several sources on the net claimed that it is not required. I can confirm this. As the game itself has a calibration screen, the stick works just fine after calibration.

I did reverse engineer the little PCB and had a couple produced with osh park but I never got around to actually assemble one and test it out. 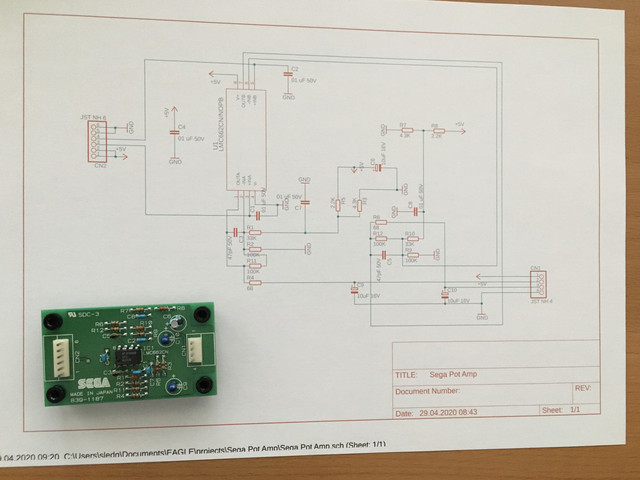 
next up, Afterburner Climax

Amazing work! Will you be selling the Repro at all?

I'll take 2 if it ever goes on sale. I wanna put it on location but I don't like the thought that people might break it and be super expensive to get another joystick.

Cool! I still have the original disc and chip here . And 3/4 original panel plates without art NOS

I do not plan on selling these but am happy to share the models if somebody wants to make their own. I also have a version of the banana that will fit the original shaft.

Would love the files on both. Then I can print them .As I also have an original that’s needs replacement.

PM sent. If anybody else wants the files, just let me know.

how big are the files? are you offering the fusion files or stl?

if they're small can you just attach them to the first post? possibly putting them on thingiverse will get much more exposure... if that's something you're willing to do.

Good idea regarding thingiverse. I do have an account there. Will upload them there and share the link in the first post. If you want to tinker with the fusion file I am happy to share it with you.

Added thingiverse link for the banana that fits the original stick. Will upload another one for the Gundam stick later.

Are the prints pictured above done with PETG? or PLA?

When I wired up a Night Striker harness for a friend I also used a sanwa analog joystick. It has a built in amp pcb board that is also not necessary. I was able to attach b5k pots to it directly and achieve the same thing. I guess it might matter though how the software is set up. What values it's looking for and how it calibrates to the input might make that external hw adjustment handier...

Prints are PETG, had issues with PLA.
Yes, as long as the software can see a good range from the stick, there should be no issues. The Sega Pot Amp is not even adjustable, so it is just boosting the values. Depending on the game, you have to flip the pots around on the stick or switch the axis on the wiring harness to get correct movement in the game.

Thanks for lending the original panel to me

for the dumb person in the back; meaning me. What joysticks are they and who wants some money in their pockets to do me a solid and make them for me?

@nnap anyone want a banana?

made a small adjustment. Your design looks amazing thank you 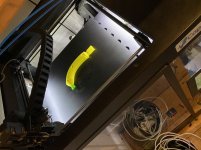