New project in the works, ETA in 2-3 months barring any show-stoppers.

I'm going to do as much testing as possible, so what I need is some input on your problems with current scalers/PCB's - all my PCB's seem to work fine.

If you guys can list all your current gripes with current scaler/PCB combination, it would be most helpful.

Been following this for some time now, can’t wait for the result!

"current gripes with current scaler/PCB combination"
I don't know if this apply to your product...
I would like a profile driven menu that allows me to select the best setting per console or PCB based on the experts (firebrandx) recommendations. More of a plug and play solution..I don't like to spend time trying for figure out what is the best setting per system or PCB. Aslo, give me control over W and H adjustments like the Analogue products.

For different arcade games (so far), there are no game specific settings needed and it's plug&play. For consoles, you can choose "75 ohm rgb" for low voltage RGB, and either TTL sync or 'scart sync' depending on what kind of sync you have.

What would be beneficial is do tests on specific games that are 'troublesome' with other solutions, like e.g. F3 which I believe is a bit tricky with the OSSC.

This is a very exciting and ambitious project, I'm impressed!

F3 is finicky with everything, not just OSSC. I have to adjust my monitor in my Astro City to get it displaying properly, it won't sync on my 1084 CRT monitor unless I relax the sync attenuation, which is a similar scenario with the OSSC. Boost the sync signal and OSSC works fine with it, but alas the OSSC may be damaged by high level sync through its scart input which is why the workaround is to use its VGA input which can safely accept TTL sync.

There's my feature request, ensure your scaler can accept TTL level sync. So sick of these new devices like scart switchers and scalers that aren't designed to handle full voltage.

Really happy to see that this project is nearing completion. I remember the shmups forum thread for this. Count me in for one!
R

What kind of signals can you get out of the dsub connector? My current tv doesnt even have a vga port anymore

rae said:
What kind of signals can you get out of the dsub connector? My current tv doesnt even have a vga port anymore
Click to expand...

You get analog RGB, about 31kHz, with H/V TTL sync. The Retro Scaler A1(a for analog) is not a direct alternative to the OSSC or Framemeister.

Level up, the die is cast, he who hesitates masturbates etc

- production run initiated, aiming for availability late September if I can get a shippable firmware ready in time.

Looks like there's no external memory to the FPGA - does that mean this is using a line buffer multiplier? If so, that sounds great, as a competitor to the OSSC.

Hatsune Mike said:
Looks like there's no external memory to the FPGA - does that mean this is using a line buffer multiplier? If so, that sounds great, as a competitor to the OSSC.
Click to expand...

Yes it's line based. A lot of differences from the OSSC, but the main one may be that it's built to handle Jamma video directly and it has a few special sync processing tricks. Also it's 30bit color vs 24 bit for the OSSC. No digital output tho..

Since I only have an LCD monitor these days, my intention was to pair this with an OSSC for troublesome arcade boards. Is that possible? Or could I get a VGA to hdmi adapter and plug straight into my monitor? Regardless, I still want one!

I'd be curious to know if this would work in conjunction with your jammafier.
I've been trying to stabilize all sorts of PCBs to my Twitch stream.

My most troublesome boards that fail to sync properly are...

The Taito F3 (this was solved using a chinese shit scaler and an Elgato cam capture card)
Midway Blitz 99/2000 Seattle (There's no way I can even remotely get an output from this to HDMI via OSSC or Chinese shit scaler)
Midway NBA Jam/TE etc T-Unit (This was solved using chinese shit scaler, but it's super finicky, and I'm always missing screen scores, and edge details)
Sega Model 2B (I get zero signal from anything and I can only output direct to CRT, no way to capture effectively)
Irem M72 and below (all Irem stuff just gives me hell, the Chinese shit scaler to elgato cam capture seems to kinda like it)
Anything that runs wonky 24hz.
Odd Chinese 16 n 1 CPS1 (just not enough juice to push the signal to the CRT when connected)

I've got a scart bypass out, and I've even tried to split VGA out of the jammafier into the shit scaler or the OSSC depending on the board I'm streaming that night.
I'd love to see something that I can run the Jammafier output to CRT in my blast city, and the other to a scaler, and onto an OSSC for HDMI output.

Ref: Chinese Shit Scaler. She does well, despite some stability quirks, this thing does it's job 69% of the time. 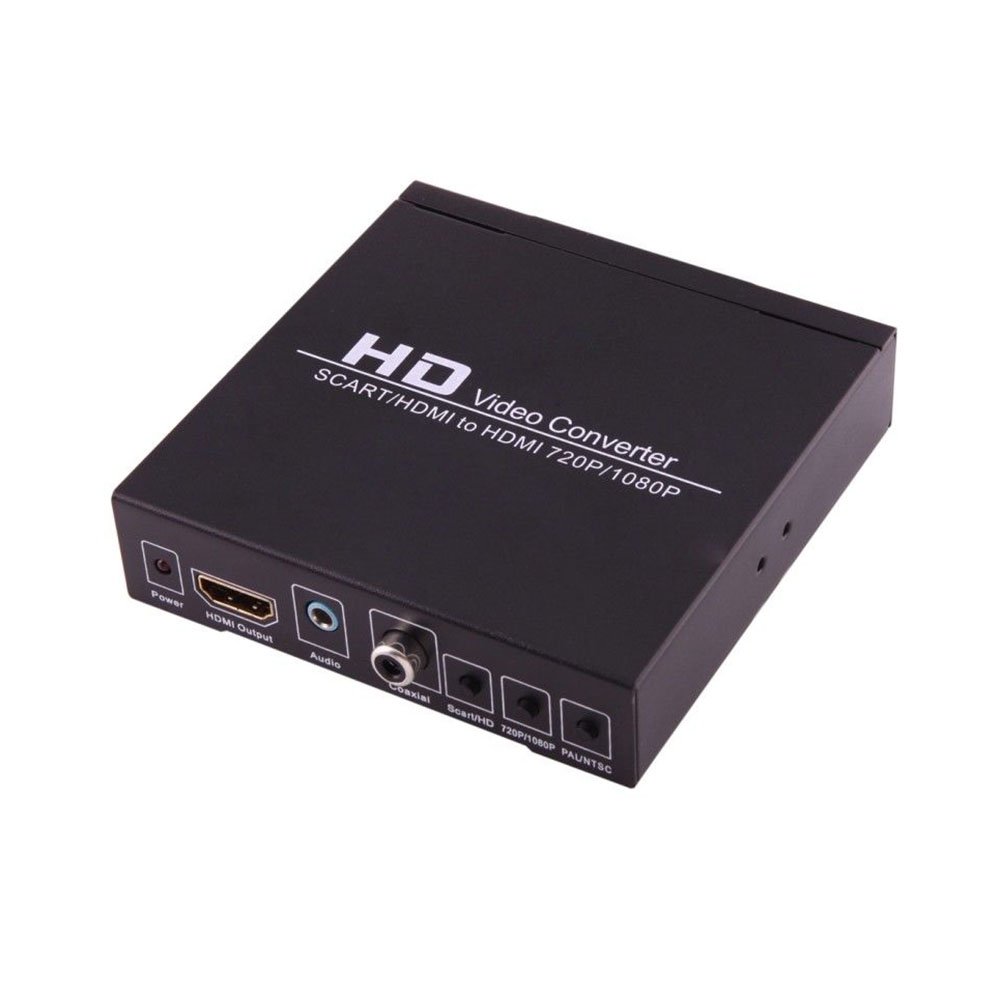 I’m interested in using one as an OSSC preprocessor as well, to get my Irem boards (among others) to fit the entire play field in the displayed space.

So far, my desktop LCD has had no issues with the output VGA from any of my arcade boards - but it of course depends on the monitor/vga-to-digital thing you connect. If the PCB outputs 54kHz, the retro scaler will also output 54kHz..

MY use for this is of course for my Naomi Universal cabinet which is 31k only, but it would also be a good fit for Vewlix cabinets that has an LCD with vga input. It's also a good fit to re-use computer CRT's for 15kHz stuff.

Just got word from PCB assembly house, if I can get the firmware ready - units should be available end of August

Count me in for one. So looking forward to this! Also want to use it for my Naomi Universal.

will this have a display on it?

if so it would be awesome if it could provide information about the signal it's receiving and outputting.

using this as a tool to hook up to a source and tell you the resolution and both the H and V sync rates would be very useful for troubleshooting.

Similarly, knowing the output resolution it's scaled to would be helpful too, at least in terms of determining the limits of your display.

twistedsymphony said:
will this have a display on it?

if so it would be awesome if it could provide information about the signal it's receiving and outputting.

using this as a tool to hook up to a source and tell you the resolution and both the H and V sync rates would be very useful for troubleshooting.

Similarly, knowing the output resolution it's scaled to would be helpful too, at least in terms of determining the limits of your display.
Click to expand...

It does not have a small display like the OSSC, but it may get an OSD thingie - possibly not at first ship. It does a pretty thorough analysis and massaging of the sync signals though, and the goal is for the user not to have to worry about or fiddle with settings. An example would be Taito F3, or MV-1A which handles 'out-of-the-box'.

Last edited: Jul 23, 2019
You must log in or register to reply here.
Menu
Log in
Register
Install the app
Top