At this early stage @xodaraP, @Derick2k and @beast1x5 have secured units from this first small batch, as I'm prioritising owners of the S16 multi first (only 12 people have the multi so it's not a huge list to fulfil). I'm also naturally keeping one for myself.

One unit is going to @jassin000 for his help with the bitmaps, likewise for @opt2not and @nem.

I need to send one to @Apocalypse to say thanks for creating this awesome multi and one to @Mitsurugi-w for distributing them.

Financially I need to be careful due to real world problems associated with COVID19 so can't afford to buy more parts to assemble more units until some money rolls in from the first lot of sales, and there's a few freebies in that first lot as my way of thanking the people whom contributed to the overall project.

I will create an official interest thread very soon and go from there. If people can pre-order and pay upfront that will enable me to financially afford bulk parts and PCB ordering.

my wallet is ready whenever you are @Frank_fjs

Running it through its paces, it's performing perfectly.

Fun fact, the entire setup with main unit, wired remote unit and IR sensor uses less than 7mA of power! OLEDs are damn efficient. To put it into perspective, the LCD from the CPS2 / F3 draws around 140mA. That's certainly no cause for alarm, not by a long shot, but it's kind of cool that OLEDs use much less power.

I've incorporated a brightness setting too, so if you find the glowing OLED too distracting you can dim the screen.

The last loaded game is stored in memory and recalled upon a power cycle.

There's also a button to re-display the image of the currently playing game should you load a game then continue scrolling through the menu. E.g. you load Shinobi, the beautiful artwork displays... but then you begin scrolling through the games list and that artwork is no longer present to indicate which game you're currently playing. This also happens automatically after 2 minutes of inactivity. I chose 2 minutes as otherwise it kicks in when you're innocently scrolling through games and becomes a nuisance; you may have experienced a similar phenomenon with the CPS2 / F3 selector where you're trying to scroll through the games list and it keeps interrupting you with the NOW PLAYING scrolling text.

There's an ISP header so you can upload new firmware should the need arise. Pretty handy as it means if I update the code or if the artwork receives an update it's rather trivial to upload new code via a cheap USB ASP programmer.

I'm really happy with how it all turned out. It was a fun project to bring to fruition.

Here's what I had in mind.

#2 - Just one LCD on the remote board. (we supply the USB cable)

If this were the case, I would order #2.

Either way, I'm still in no matter what!

@Frank_fjs Thank you sir, ready to send payment whenever you are

Fun fact, the entire setup with main unit, wired remote unit and IR sensor uses less than 7mA of power! OLEDs are damn efficient. To put it into perspective, the LCD from the CPS2 / F3 draws around 140mA. That's certainly no cause for alarm, not by a long shot, but it's kind of cool that OLEDs use much less power.

This is great news, I was really concerned with the smart remote board project that I have been tooling around with that I would be drawing too much current from the monitor chassis. Guess its even more reason to keep plugging away at the design and get a prototype made. Thanks Frank for laying the groundwork, this is the motivation I needed to continue. Sorry for the tangent post, but this low of current draw is mighty cool.
S

I will be happy to pay upfront to get one of these. Again, no S16 Multi yet

but I am on the wsiting list!! This huge SEGA FANBOY cannot wait to install in one of my Blasts.

edited my previous post again. I have no need for the 16MHz crystal if it's going to make all sorts of extra work for you.

It looks worse in the video (comparing 8MHz to 16MHz) than what it actually is.

I decided to not bother with 16MHz as in use it's perfectly fine with the internal 8MHz clock and this keeps component cost and assembly time down.

What I will do is include the footprint on the PCB for the crystal and capacitors and if people really want to they can supply and fit these components themselves. Code will need to be re-flashed too.

im ready too put me on list when and if there is one.

also would this eventually work on c2 and maybe m72?

M72 yes. I have an M72 in hand and have already coded and designed the hardware necessary.

I have too much on my plate to build them but am happy to open source it and allow people to build their own.

I'm gonna need to scoop a 3ft USB 3.0 male to male later but this selector is bad ass!

Frank_fjs said:
M72 yes. I have an M72 in hand and have already coded and designed the hardware necessary.

I have too much on my plate to build them but am happy to open source it and allow people to build their own.
Click to expand...

Down to help with this where I can @Frank_fjs

Considering how solid the selector is for system16b , I'd buy one for c2 and m72 if they become available

I actually started working on some of the M72 selector icons a few weeks ago, but got sidetracked to work on the System18 icons instead. I got R-type close to being finished for M72 and have a couple others in WIP status right now.

I'll continue on the M72 later, after the System 18 stuff is done.

For System 18 I've got the following created:

(DD Crew was a pain)

We can re-use the Bloxeed one from the System 16B menu. I'll chew through the rest soon... 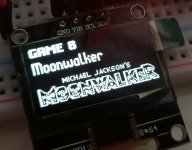 I'd be interested in a full 75aud kit
as my multi is on the way
You must log in or register to reply here.
Menu
Log in
Register
Install the app
Top