mine is hanging in customs since two weeks :-/

Very cool progress made to get it working on 2x6!
Does it also improve loading speed compared to discs?

It seems to be quite a bit faster but I've yet to perform any actual timed tests.

Tests would probably vary wildly depending on the DVD drive but it would be a cool thing to know. Next time someone is about to replace their drive do a loading time test!

plasia said:
Tests would probably vary wildly depending on the DVD drive but it would be a cool thing to know. Next time someone is about to replace their drive do a loading time test!
Click to expand...

You are really just saving time on the spin up/down of the drive - the IDE bus is still there as the bottleneck.

If any of you Euro guys are ordering, remember to ask for a lower value on the customs form. 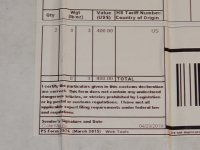 nem said:
If any of you Euro guys are ordering, remember to ask for a lower value on the customs form.

Thanks, people dont get it. Retro Gaming Cable outright refused to lower the value when I asked them - maybe they felt uncomfortable. We got 42% duty here. Anyways not the end of the world

This is why I had to pass this ODE this time.

Finally had time to test out the two ODEs I received the other day.

For anyone with compatible hardware installing is an absolute breeze. I dropped a Tekken 4 ISO to the root of the memory card, slid it in the card slot and, after reworking the ODE (more on this later), connected the ODE to the System 246 motherboard. Game booted up and I haven't experienced any issues. I then took my other one, dropped a Konami 80's Arcade Gallery BIN and CUE to the root and connected that one to my System 573. Another successful boot. Very impressed.

I agree with everyone else that the card slot is not great, but with the instructions @electric_monk gave (in post 194), I got two out of two running on my first try. I don't plan on changing games all that often, so it's good enough for me.

Here's why I had issues installing the ODE in my System 246. The ATA connector is fully pinned on the ODE. That means it's not compatible with keyed ATA cables like the one in my System 246. I have no recollection where the heck I have my old computer parts stored at to look for a keyless cable, so I solved this by pulling out the pin: 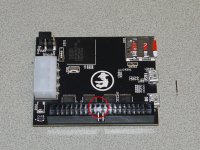 No mounting holes. Why does it not have mounting holes. I don't get it. Even two would be fine. I would be perfectly happy mounting it with adhesive-backed plastic standoffs and leaving it. Now I currently have the ODE resting on a piece of cardboard. Fingers crossed it won't slide off and short on the metal cage.

With Konami 80's Arcade Gallery on the System 573 the ODE runs slower than the CD drive. With the ODE connected it displays a "Now Loading" text while cycling through the game selection every three or four games. It loads for a good second or two. That never happens with the CD drive. I put the CD drive back in.

Negatives aside, I'm happy with my purchase. I'll just use both of them on my System 2X6 units. The disc drive in the System 246 is horrendous. The whole cabinet vibrates when the drive is in full gear. Good riddance to that thing.

Yup - there's a few reason for the issues you mention

With regards to the lack of mounting holes, it was originally intended to plug upright straight into the 573, so the IDE socket itself was meant to hold it up (this is also why it's through hole, for a bit more strength - and being easier to solder). However, that made it harder to fit in certain places like Namco 2x6 cases, and more importantly, I had a terrible time actually sourcing those right angle female connectors. I generally had to buy them from Raspberry Pi supply places like Adafruit (intended for the Pi extension header) and they'd only ever have stock of 5-10 at a time. Ironically this was also an issue for the Molex power connector, Molex actually discontinued it between my prototype run and my production run. Thankfully, another company still makes them with an identical footprint I've had to pull that pin off myself once or twice but it wasn't also immediately obvious where to buy pre-keyed sockets in bulk as nobody is making IDE stuff anymore (though I did find a local electronics shop that had a stock of ~10 combined ATX power + IDE male connectors, clearly meant for some old hard disks)

The funny thing is my 246/256 and their corresponding cables weren't keyed either, so Namco themselves apparently gave up on the IDE-style headers at some point!

For the production run, I didn't add holes as Kicad was being problemmatic and so I tried to only make the minimum number of changes from prototype to production (e.g. fix actual bugs, but try to do as little as possible to ensure the production run actually worked!)

To solve the issue at the other end, I'm still trying to finish off a 3D printable case specific to the Namco that'll mount into the two nearby drive mount screw holes to hold it in place there, and I'll make a general 5.25" case for the 573/elsewhere too. I might also just post the 3D model of the PCB so people can use that to also design custom cases if they have any more exotic needs.

Hopefully the issues with Konami 80's Arcade Gallery are just a bug, I intend to look into it soon but haven't had time (@twistedsymphony already reported it to me, I believe, a few weeks ago). I suspect it has to do with the audio playback support.

Now that the dvd is useless, I'm beginning to think about a plexi solution 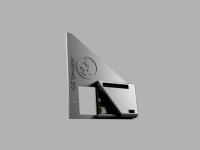 Here's what I was thinking for Namco - not sure it'll be too tight though. It's going to take 13 hours to print and barely fits in my printer's build area though, so we'll see if it actually works.

The idea is the board slides in, and is held in place by the ribbon cable.

I think that looks great.... If you want to send it to me I can do a test print as well.

Do you think there's enough room at the corners to use this kind of PCB feet? 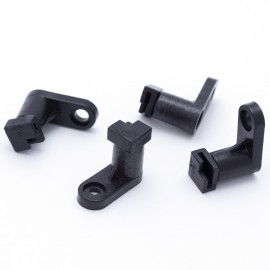 Dreygor said:
Do you think there's enough room at the corners to use this kind of PCB feet?
Click to expand...

2x6 case is now at https://issues.tattiebogle.net/dokuwiki/doku.php?id=mantis:ide_simulator:enclosures as tested by @mathewbeall

Here is a picture of it - printed it with support.... works GREAT!

I sent this off to 3d hubs and the printer told me this:

---
There is an issue with your file that wasn't clear until i printed it. There is a gap between the upper section where i assume the cartridge fits and the base with the picture which causes them to not bond together when printing. Can you check the file ?
---

I asked for some pictures but could you 3D experts please take a looksee ?

Here are some pictures showing the issue: 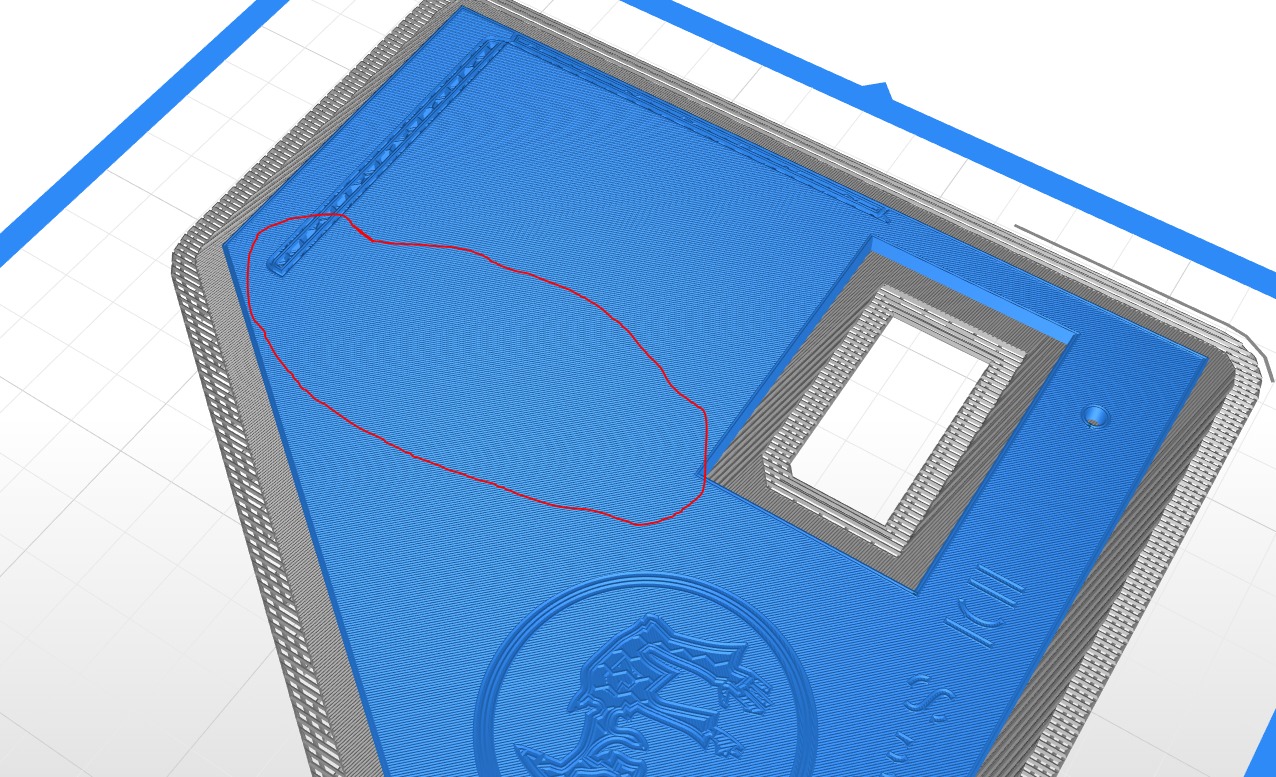