I took it upon myself to fix the header of all the AW games so they use a unique header with a proper reference from the original SYSTEM_X header (at 0xFF00 in the converted roms), I also modified the roms so they run on the latest C/H BIOSes without throwing error 22, Sadly I had to make due with exisiting loaders as I do not have the original source, the process is quite straightforward with some trials and errors and some minor correction needed for Guilty Gear Isuka and Rumble Fish.

I did not write the actual loader used in those AW converts, I only reused the most stable/up to date revision and tested it with existing roms while doing small adjustments when required. I am not sure who wrote it originally, @Darksoft perhaps?

I tested all the games on Naomi1 and 2 on both C and H bioses, I never managed to get Bass fishing and Clay chalenge to run, even on the original roms using the old B/G BIOSes (I have been told those are 15khz only, so that may explain why they don't run on my setup), so I put them as "not tested"

Below is an up to date game list, courtesy of @Murray


GAME LIST UPDATED - This list is a reference for anyone interested about the games, and just in case you are having issues with any of them. The below are known/tested and the bios versions they were tested on.


MISSING ATOMISWAVE GAMES FROM PACK (missing because they don't work on NAOMI hardware, are undumped or are private dumps only)


Now that those are out of the way, here's the games in the pack.

Nice. Someone please give it a go! 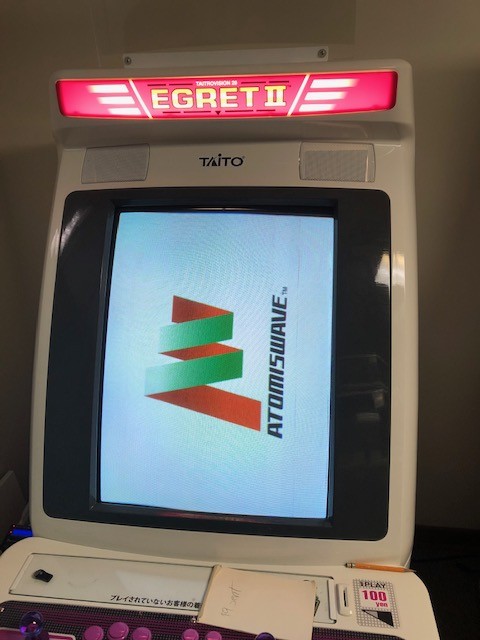 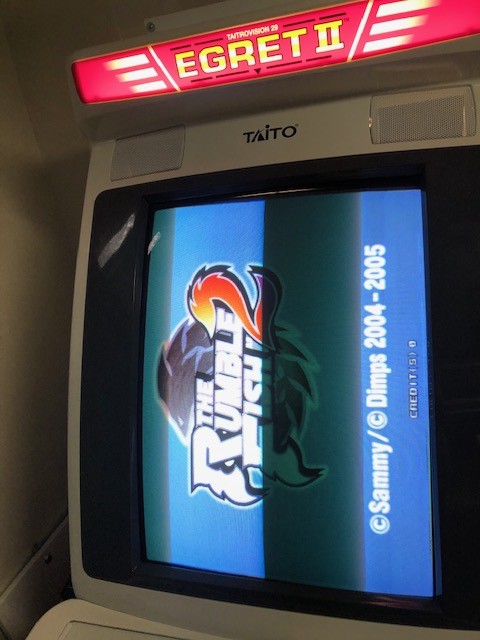 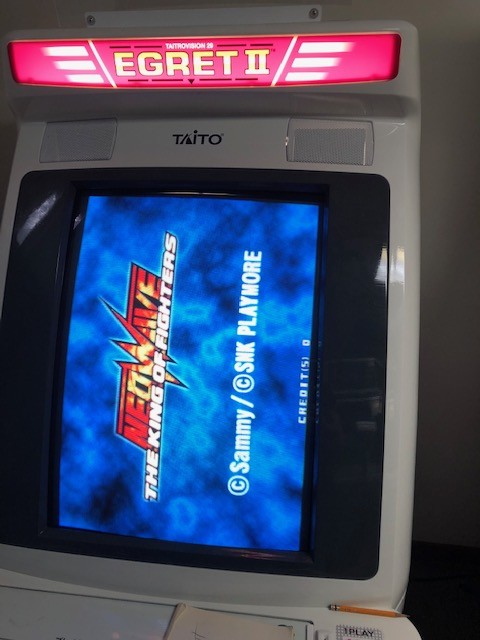 Someone educate me please, what does this do different to the AW conversion out there for netbooting?

PascalP said:
Someone educate me please, what does this do different to the AW conversion out there for netbooting?
Click to expand...

It works with the new revision of the multi region BIOS.
M

PascalP said:
Someone educate me please, what does this do different to the AW conversion out there for netbooting?
Click to expand...

There are 2 major changes:

1. The NAOMI header used to be the same across all converted roms using the same id and name (AWNAOMI and ABC0), the NAOMI does not clear game settings unless the ID (which is supposed to be unique) changes (or the CR2032 battery is removed), so upon loading several Atomiswave games in a row, you could get conflicts as the settings for the previous games weren't cleared (unless you ran a naomi game in between), those versions use a unique name and ID in the header, making them overall cleaner

2. The Atomiswave loader (0x500 in the binary) (which is a kind of broker in charge of translating rom addresses to something that works with a dimm board as well as handle JVS inputs), had static timings made with the B/G bioses in mind (among other issues), which caused games to not load and throw an error 22 on the latest bioses, the loader used on public releases is mostly the same (with minor tweaks here and there), I updated it to a newer revision that handles timings better and boots fine on newer bioses (they still work on the old ones).
Last edited: Sep 30, 2020

Thanks a bunch!
A

Murray said:
Thanks for this, great work! Just a quick question to confirm.

Do the new rom files work with the old multi region bios and the regular bios versions? Or didn't you test those?

Or do you need the new multi bios for these roms to work properly?

Just curious for people who are going to ask.
Click to expand...

They will work with the new multibios, I would advice against using the old one in all circumstances.

Murray said:
I spent a bit of time with this today. @mathieulh

So I used the newest MultiBios fixed image on my Naomi 2 system.

First of all i'll list the missing games on Atomiswave. The ones that aren't in this download pack. These games are either not converted to work on NAOMI or they are not included for other reasons, I'm not sure! Most of these are special IO games anyways.

Now that those are out of the way, here's the games in the pack.

- Can't get The Rumble Fish to boot, it keeps giving error 22.
- I tested Bass Fishing, Clay Challenge and Sports Shooting at 15k and 31k, no change in booting to black screen.
- The file for Guilty Gear Isuka is named different to the others, it's just called ggisuka.bin in the pack. I gave it number 18 in my list because i couldn't work out exactly how you came to your AW## naming convention!
- Salary Man Kintarou is also named aw-netselect_AW07.bin - This could probably be renamed to salaray man kintarou as netselect is just a generic name for the network system Atomiswave had i think... and it applies to victory furlong as well.

This is great work. I was able to test nearly every game without actually powering off the Naomi, just booting one game, testing, then loading another over the top and letting it reboot itself. It worked alphabetically all the way until Samsho6 when it refused to load any more games over the top. As soon as i rebooted the naomi and pi system though it worked fine again and didn't give me any issues since then, and i was able to load games over the top of Samsho6.

I'm not sure about Rumble Fish 1, can anyone confirm that game works for them?
Click to expand...

Thanks for this incredible feedback!

- Guilty gear isuka is actually AW01 (that's what the header is set to, as well as what's in the original 7Z name)
I fixed the filename inside the archive.

- Indeed the rumblefish did not run for some reason and I never noticed! I just tested after seeing and indeed I also had the error 22 on that title. I fixed that title as well, it now runs fine on my naomi2 on the rev C bios. Please redownload it from the mega repository.

- About sports shooting, I don't know what I can say other than it runs fine on my Naomi 1 and 2 running the latest BIOSes, I just retested it and it's running right now on my setup.

- About salary man kintarou, I just grabbed the title from the original SYSTEM_X header, as well as for all other atomiswave titles here. As long as it uses a unique id for the game itself, no (technical) issues should occur.

So is this basically a fix for when is says you need to adjust the system settings to 1 player or 2 player or that the monitor is set vert instead of horz?

This keeps getting better and better!

Somebody should buy you guys a beer!

Murray said:
Net Select (Salary Man Kintarou) - AW07 - WORKS OK (you can't play thisgame as it needs touch screen IO, but it does boot to the menu screen, so it's working but you need crazy touch screen IO)
Click to expand...

Net@Select games can be played without touch screen, just press press 1P Start to enable debug inputs and then control cursor using joystick.
but thats in original AW versions, no idea if it works in NAOMI ports
M

Murray said:
GAME LIST UPDATED - This list is a reference for anyone interested about the games, and just in case you are having issues with any of them. The below are known/tested and the bios versions they were tested on.


Now that those are out of the way, here's the games in the pack.

In case you are wondering, the Sega Bass and Sega Clay converts only run on DEMUL but not on real hardware (even the original files).

There are also 2 more games missing, which are Force Five (AW1

and Kenju (AW23) which are tested and do run but I have been asked not to share those on AP as they are private releases. (they are dumps from unreleased game prototypes.)

Murray said:
but it did work fully.
Click to expand...

are you sure ?
to fully play this game required online connection to Sammy servers, but I suppose they was already dead 8yr ago.
You must log in or register to reply here.
Menu
Log in
Register
Install the app
Top