acblunden2 said:
Man, I am so excited for you guys. JAMMAizer kicks all kinds of ass!
Click to expand...

Was watching the newest video just now at a breakfast diner and the new waiter guy saw the video of the board and somehow new it was arcade related. Started talking to me about how Galaxian is his favorite arcade game

Things to note during the video:

Your on your way bud! Keep it up!

Also, you can go to your local Goodwill and pickup a tripod for like 3-4$. They always seem to have some lying around. Clip your phone to the top and your in business!

ask about sir for the shipping to Romania too. thank you (i have a US address too , but usualy i use the address where i live).thank you

AlxUnderBase said:
ask about sir for the shipping to Romania too. thank you (i have a US address too , but usualy i use the address where i live).thank you
Click to expand...

Romania has been added.

No shipping option to Spain. Can you add it?

ark125 said:
No shipping option to Spain. Can you add it?

Spain has been added.

I orderde so happy. Say us when can order the hack pad controller. Please low custom value
F

Just ordered as well!
Thanks a lot!

And I'd be in for a low amount on the package due to customs as well...*g

Thank you so much.

Been meaning to post these pics and updates from Round 2 of my testing of the Jammaizer prototype, but better late than never... I have given the SNES/SFC, PC Engine, Mega Drive and Original Xbox (alongside the PS1, PS2 and Saturn) a solid run for their money on the Astro City with the Jammaizer. No issues found, the sounds are crisp and loud, the video quality is absolutely stunning and the controls work fine.

Krikzz's Everdrives were used on the SNES and Mega Drive, the Original Xbox is Softmodded and the Super System SD 3 was used on the PC Engine. All RGB cables used for testing are from Retro Gaming Cables except for the Original Xbox which where I used the Advanced Scart Cable from Microsoft.

I don't have RJ45 cables for the PC Engine or Original Xbox yet, so I used a Tototek (TTK) PSX to PCE adapter and a generic PSX to Original Xbox adapter which worked perfectly with the MC Cthulhu boards. I used a SNES/SFC to PCX adapter from TTK with no issues also (the "Select" button wasn't usable as it's mapped to Select on the PSX, however the final revision of the Jammaizer fixes this with the push buttons/header on the PCB). I had a set of SNES RJ45 cables once but they're assumed faulty as they fried the sound section on my SFC 1-Chip console, so was scared to plug them in! :/ -- I'll get around to getting cables soon, but in the meantime this setup works just fine for 1P playing solo.

The MC Cthulhu chip doesn't support Mega Drive controllers (neither does the Brook Retro Board), so I found that using a PSX to Mega Drive adapter (also from TTK) worked wonders and I'm now able to enjoy 6-Button Mega Drive games -- Streets of Rage 2 on a cab is a lot of fun!

The Button remapping feature will be really handy for the older consoles and I highly endorse it if you're going to be playing them in conjunction with these adapters or cables. Anyhows, enjoy the cab pr0n, and get your pre-orders in guys!

NOTE: I tested some DOA3 and other games on the Original Xbox, the JSRF photo is just to show quality of the video for whoever here had asked for it (it requires analog controls which aren't supported).

ALSO: I have tried my best at taking photos of the CRT/cabs with my iPhone 6 and there's an annoying hanging light always reflecting in the screen, sorry, trust me, it looks a hell of a lot better in person! 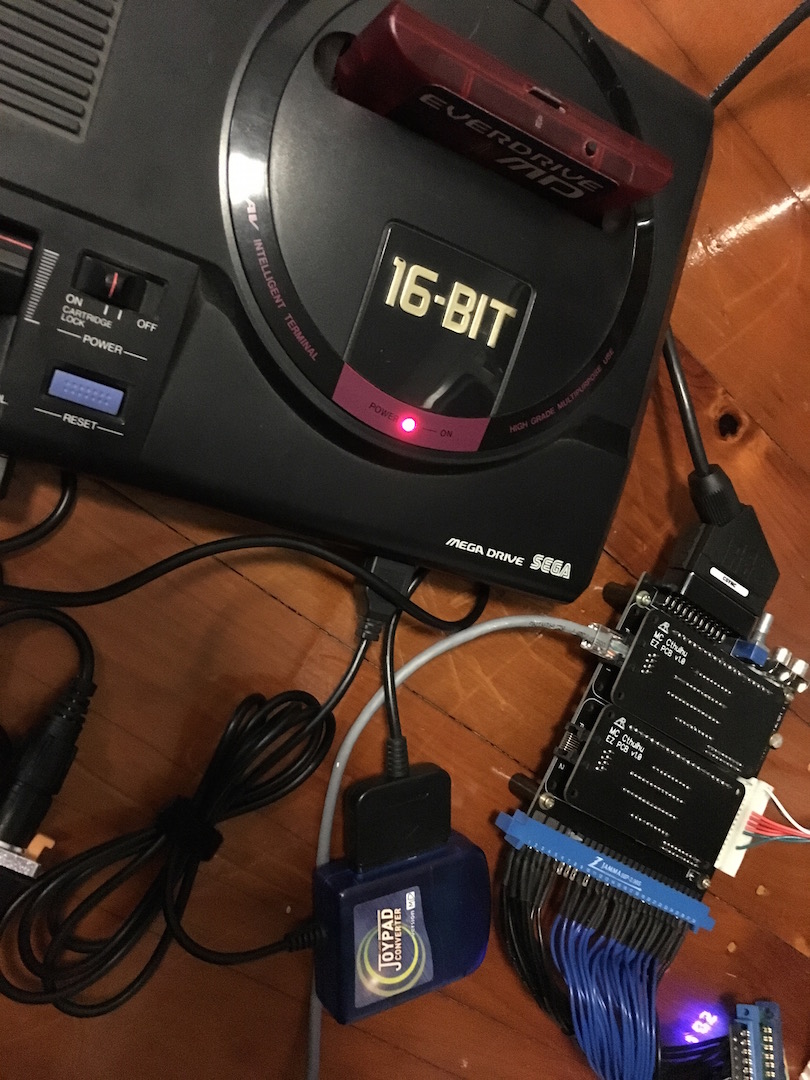 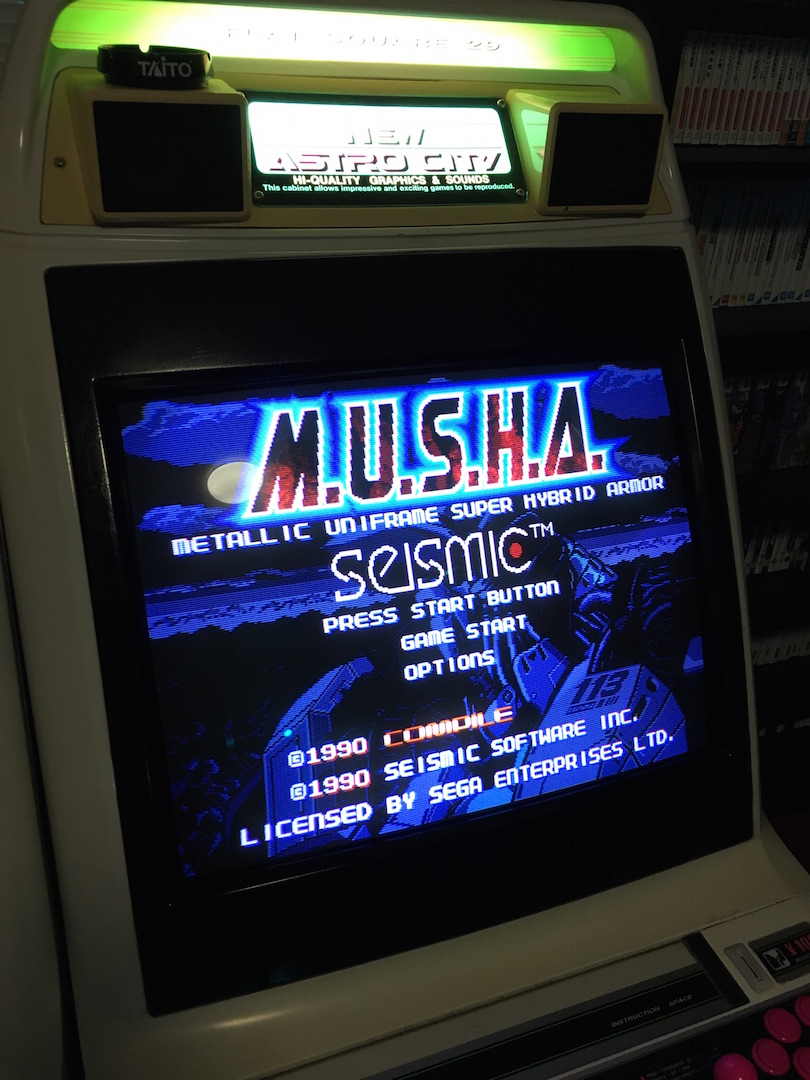 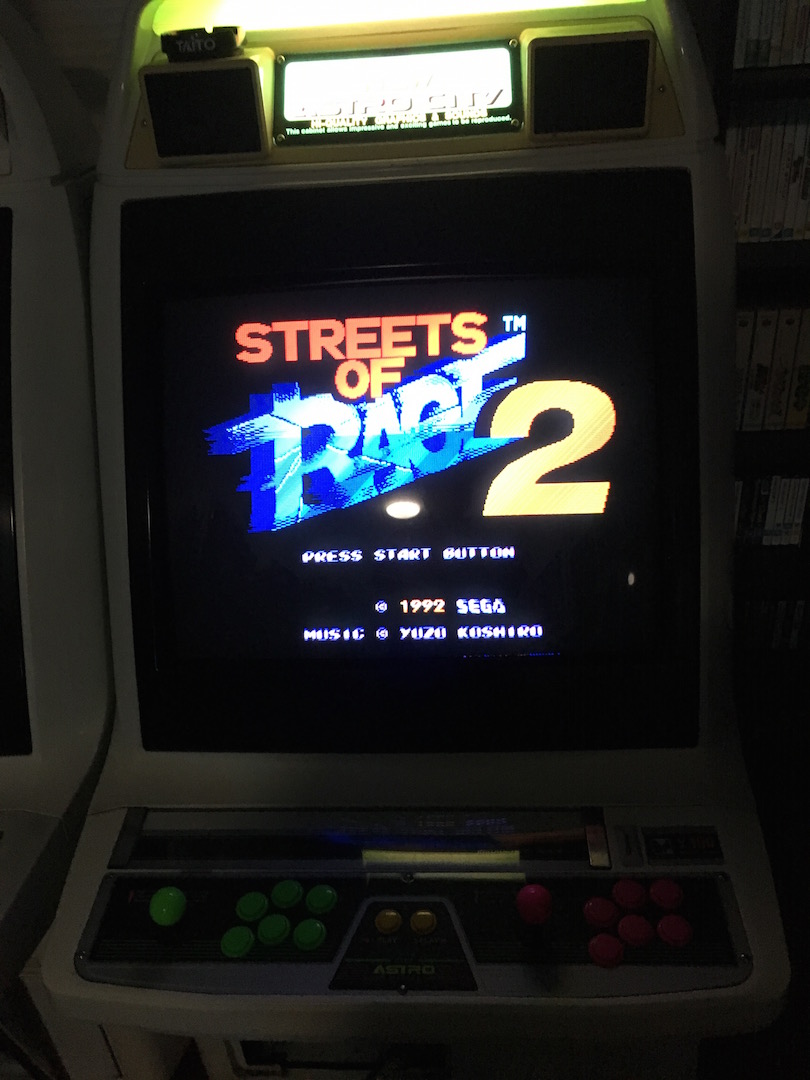 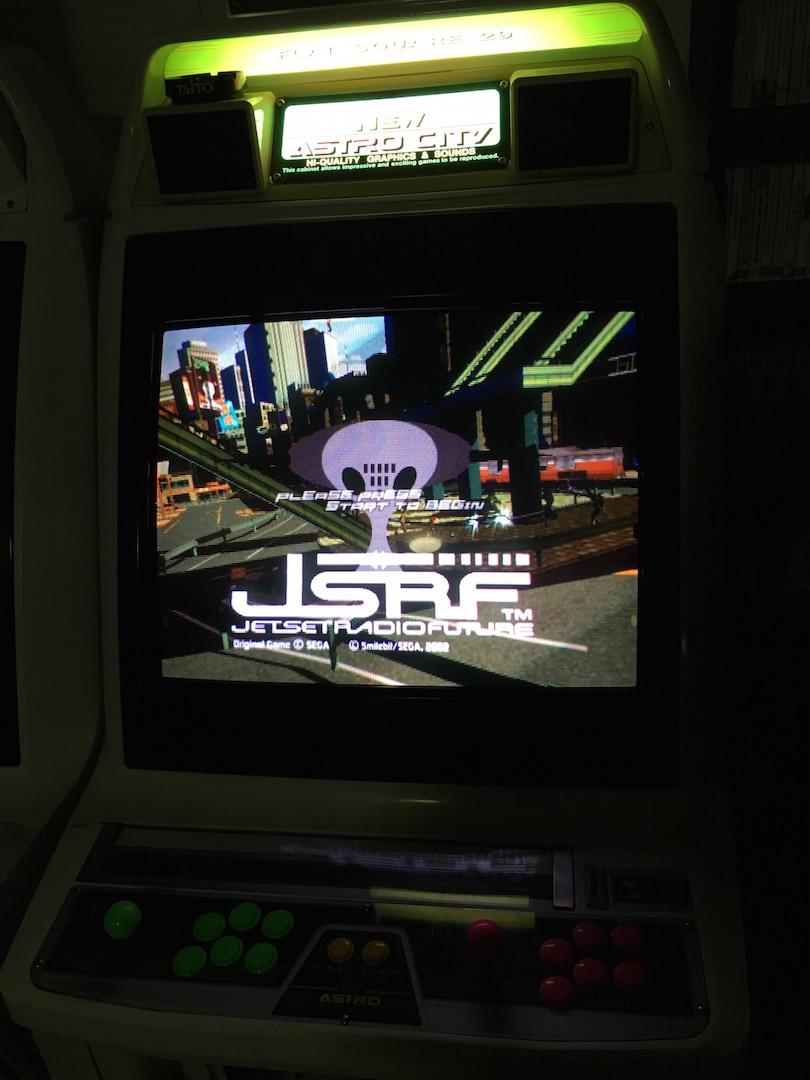 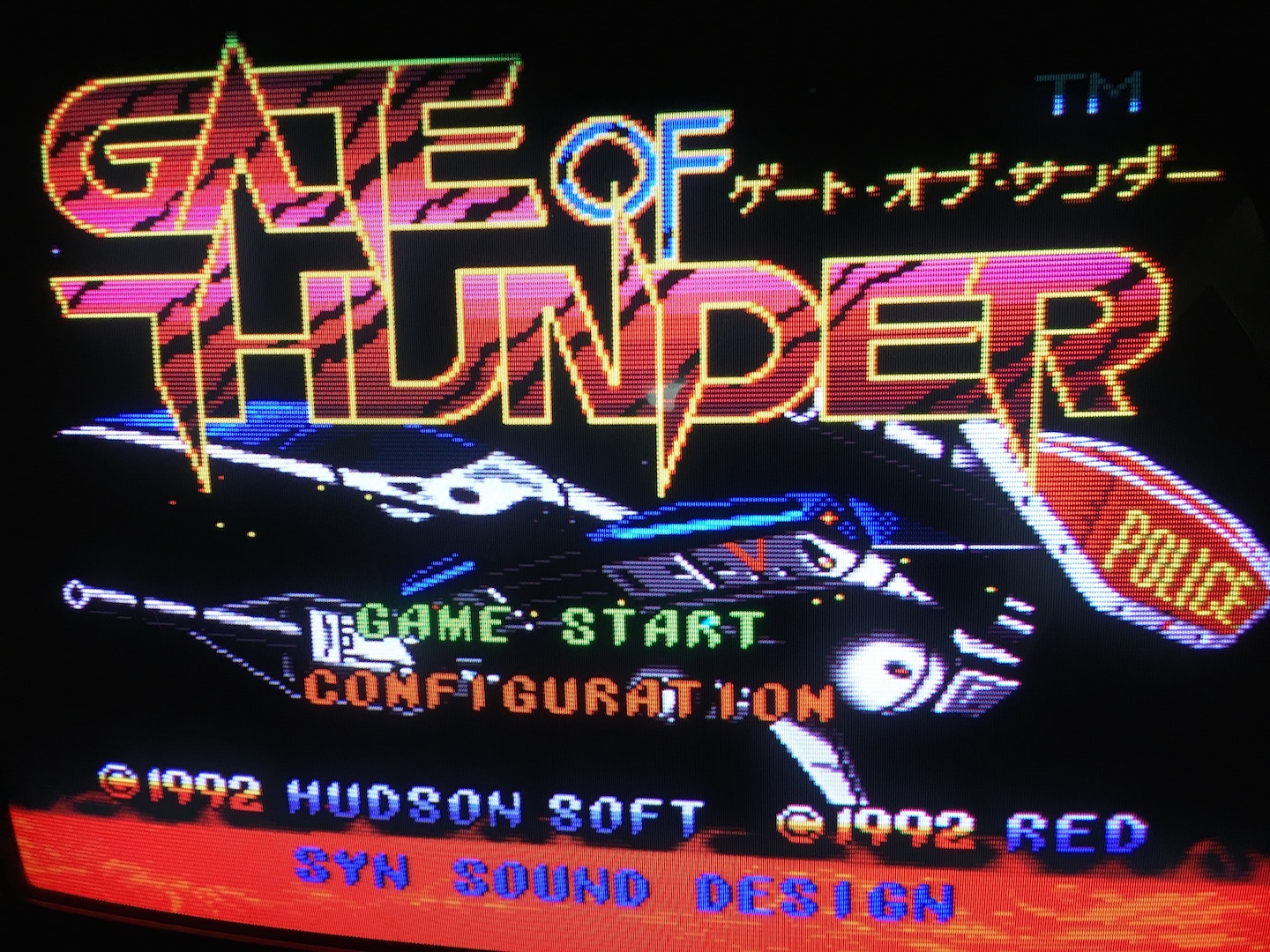 i have a question i pre order the Jammaizer but i did not place an order for (2) MC Cthulhu EZ upgrade PCB because its missing the chip. Would you let us know when the chip is available so i can order the mc cthulhu?

i have a question i pre order the Jammaizer but i did not place an order for (2) MC Cthulhu EZ upgrade PCB because its missing the chip. Would you let us know when the chip is available so i can order the mc cthulhu?
Click to expand...

Arthrimus doesn't own the chip, distribute it, or sell it. You have to reach out to Paradise Arcade Shop for it.

Or you could get the MC Cthulhu boards and pull off/ swap the chip that way.

What I don't know is where to get the Rj45 cables for all the different consoles, it doesn't look paradise arcade or focus attack have all if any of them.

I was thinking of buying a RJ45 crimper and making some cables up myself and possibly for others in Australia (possibly worldwide).

However, there's also Arcade Shock who have everything available, and it would save hassle: https://arcadeshock.com/products/retro-cables-custom-made-rj45

Get an RJ45 crimper, buy the extension cables from eBay ($2-$3 each), and crimp them yourselves. Just make sure to use the type of jacks that have passthrough and the job will be easy.

I detailed the process here.

I've been in contact with paradise arcade, and they are checking with toodles to see if he wants to continue supplying them with the MC Cthulhu chip upgrade option. I have not heard back from them yet so at this point I would only recommend buying my MC Cthulhu board if you already own an original MC Cthulhu that you can swap the chip from. Otherwise I would recommend buying a Brook Retro Board from Arcadeshock. They also sell the RJ-45 cables.

I'll let everyone know when paradise arcade gets back to me.

@djsheep thank you for your pics and testing. Very encouraging results! Your setup in this testing is very close to my own console configuration, even down to the Tototek PSX to other console adapters. As you said, very useful in particular for Genesis/Mega Drive, since Brook retro boards don't support that console directly via RJ45 cables. There are other solutions out there but I find this setup easy to use and it just works.

I do have some Xbox RJ45 cables and been meaning to test them out. If that doesn't happen before I receive the finished Jammaizer product, will definitely do it then. Pic of the video does look great tho!

I can look into what I have left in stock for building RJ45 cables from my last run. I know I have a lot of Saturn, some SNES and NES cables left, perhaps some Dreamcast as well.

PC Engine cables can be built as well, but they're more time consuming because the most cost-effective way of doing it is by soldering stand-alone connectors to ethernet cables, rather than chopping up pre-existing 8-pin Mini DIN's cables.

I'll take a look at what I have left and offer them up (at a lower price than before) to the forum.
You must log in or register to reply here.
Menu
Log in
Register
Install the app
Top