I see people make this mistake all the time, but the 1ms on the Asus monitor you're referring to is not the input lag of the monitor, it's the estimated time it takes for a pixel to change color (grey to grey). It's a largely meaningless marketing stat (a similar marketing stat would be LCD monitors/TVs that claim 1,000,000+:1 contrast ratio). A realistic number from that era of gaming monitor would be more like 10-14ms of lag instead of 1ms.

Real lag numbers are almost never stated (some companies have recently begun to explicitly state low input lag modes or features, but still dont give numbers), and usually obtained with testing with varying degrees of accuracy, usually with something like a Leo Bodnar tester, Time Sleuth, or a modded OSSC. Some sites like displaylag.com, rtings.com, and tftcentral.co.uk test for lag when they review a display. The website inputlag.science has some decent info on this subject.

I apologize if this isn't wholly about the monitors themselves, but I ended up soldering some male Dupont cables to my Sega Model 2 monitor cable (5-pin JST NH) and I was actually able to plug the Dupont cables into the pins of a male VGA plug, then following the pinouts I got a signal directly from the board, on my VG245!

Waverunner and Indy 500 play so much better natively there than via a Gonbes, but I ran into a problem where sometimes if I plug the ground wire into a different ground pin, I get either an overly bright picture where all things blue are white, etc, or the colors are slightly dark and overly saturated when connected to another GND (much more bearable than being overly bright, however). Do I need to run multiple ground wires together to get a more balanced picture?

Model 3 outputs high impedance video from the VGA connector, that's why it's overly bright. You need something to bring down the levels.

nem said:
Model 3 outputs high impedance video from the VGA connector, that's why it's overly bright. You need something to bring down the levels.
Click to expand...

Model 2s seem to do that yeah. However, my video boards that I've had have balanced picture. In RGB mode of my Asus they look absolutely stunning.

Crap, I read your post completely wrong. Not sure what I was thinking.

But yes, Model 2 outputs high impedance video as well from CN7. You need to attenuate the signals.

nem said:
Crap, I read your post completely wrong. Not sure what I was thinking.

But yes, Model 2 outputs high impedance video as well from CN7. You need to attenuate the signals.
Click to expand...

Yes, OSSC gets that job done as my original Harley PCB (sent for repairs to Mr. Ken) ironically had this problem but from the VGA plug itself; you need to dial ADC gain down to 0 or 1. Unfortunately my OSSC is dead from having voltage or a bent pin from the SCART cable of my Saturn fed into the SCART port. Not a deal breaker splashing in on another one, but they're quite expensive sadly.

I happened to get ahold of a 5:4 panel -- Asus VB195T, which is about 11 years old, and testing my medium-res games, they all give a picture. Unfortunately, because this is a 5:4 monitor and not 4:3, the image of games is quite skinny and you lose a good deal of information from top and bottom, even after adjusting H and V positioning. There is some ghosting as well, but it works and is a lot more responsive than GBS8200/8220. I'll keep this as most 5:4/4:3 screens only do 480p and up, especially the Acers.
For Sega Model 2 I recommend grabbing one of these for screens that support 25khz. Dirt cheap and kinda act as a transducer for the board's relatively low power. I used some random connectors from a Scud Race harness to power this little guy. 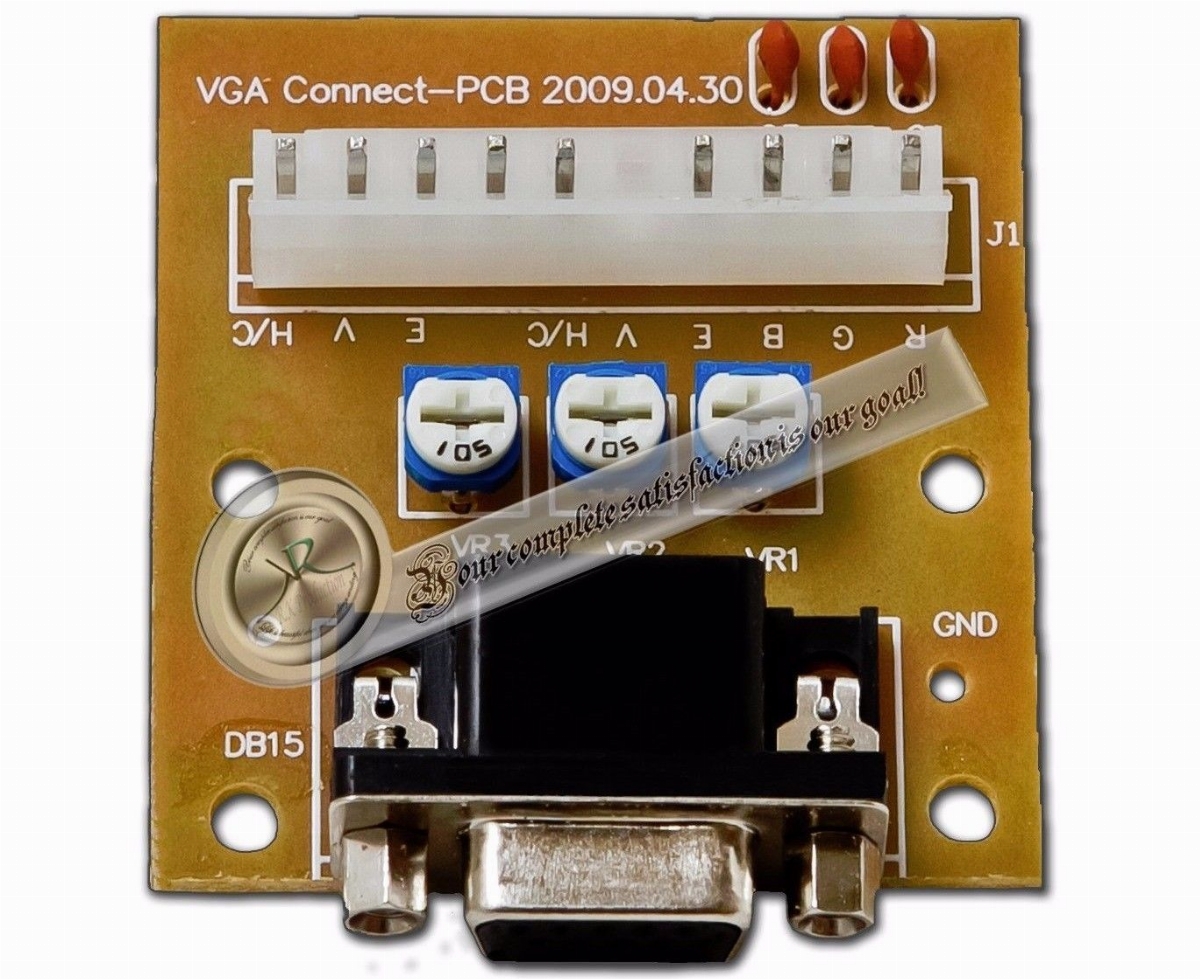 I can confirm the Acer P191W and V193 displays do not work thru direct connect as I tried them once.